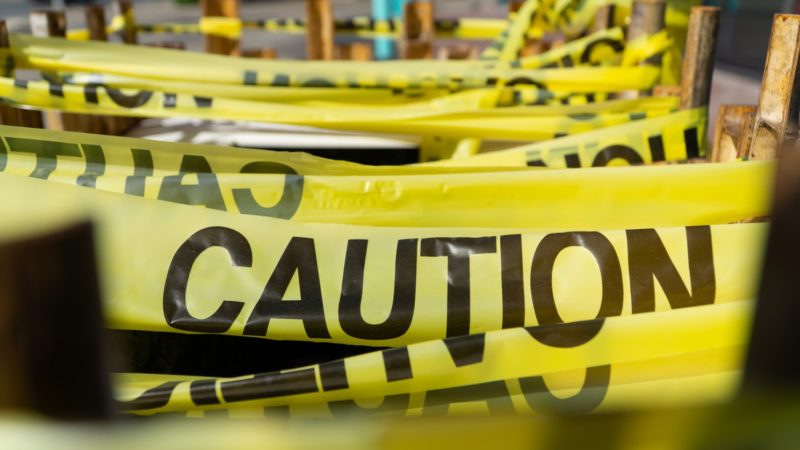 This article was originally published by Ideas Plus Business.

Forensic science is progressing by leaps and bounds for containing homicide and other forms of crimes. Sometimes, the tools are so exemplary and advanced that these are scary to believe. And, it seems that days aren’t far when Sci-Fi movies like Inception will be a reality.

But, what are the futuristic technologies guiding crime scene and forensic science investigators? Let’s check to know what these are:

Crime investigators have been analyzing the stable water isotopes for learning a person’s travel history. Know that you can find these isotopes from a single hair present at the crime scene.

Water is a composition of two molecules of hydrogen and a molecule of oxygen. Usually, an oxygen atom has eight protons and eight neutrons. The hydrogen atom, on the other hand, consists of a proton and a neutron.

Know that these isotopes do not decay, unlike the radioactive isotopes. And that is the reason they are called stable isotopes.

Every water body or region of water has a different combination of oxygen and hydrogen isotopes. Thereby, a forensic expert determines the hometown of a person or his location history. All they do is cross-check the percentage of isotopes found in the hair sample from the crime scene and match them with isotopic measurements from the municipal drinking water.

And, that is how they say that technology is making a progression.

Biology- the study of the human body sheds light on the human cell. It contains around 23 chromosome pairs, which all code the outward appearance of a person. DNA Phenotyping is the technology that guides forensic experts in combining computer power and genomics. This combination process further generates the police sketch of a person from a DNA specimen found at the crime scene.

Computer technology works wonders in generating the trait probabilities with the help of DNA decoding. This modern tech advancement can determine the sex, hair color, actual height, and more with an accuracy of around 90 percent. On the other hand, freckle, male pattern baldness, earlobe attachment, and age are 70 percent accurate.

In modern times, criminal investigators lay paramount faith in digital evidence. Cell phones and laptops are the prominent places to find evidence, which generally lies on locked and encrypted devices. But, what comes as a blessing is the Cell Phone Forensics Software that aids in the extraction or encryption of data from mobile devices. It also works wonders in accessing data that further solve more cases.

The primary reason investigators rely on such software is that it helps to minimize your caseload by obtaining critical evidence. It also boosts lab productivity by using a tool explicitly designed for turnaround times.

Forensic software today is capable of reconstructing a person’s face even after its damage and decomposition. All the experts do is feed the input data into forensic software. And that is how the physical appearance of the person can be deducted.

Yes, with the help of a specialized camera that uses orange filters and blue light, forensic nurses view if any bruising has taken place below the skin’s surface. With this, detecting body damage is easier much before it surfaces on the skin. Can you look underneath the surface of the skin? You might be wondering about the impossibility, but the impossible is possible now.

The investigators usually face problems in properly examining the crime scene and morgue photographs. Well, it is because the 2-Dimensional pictures fail at showing the intricate details. These may either relate to internal damage, repeated injury marks, and others on the corpse.

But, not anymore, especially after the introduction of new and advanced 3-D photography. This modern technique uses image layering, which further helps investigators to analyze the crime scene more closely.

Scientists are using technology to make good progressions. Their research goes to a level to determine if there was sexual contact between two individuals, whether forced or with consent. It is because the microbe populations in the hair samples of the partners get mixed.

If the victim and criminal suspect’s microbe population matches, it is easy to prove who the culprit is.

The involvement of broken glass in a crime scene helps find essential clues like the force of impact, the direction of bullets, the type of weapon used, etc. All the investigators do is put together even the tiniest pieces.

With isotropic recognition ability, the Laser Ablation Inductively Coupled Plasma Mass Spectrometry (LA-ICP-MS) machine can break down the glass samples of almost any size to the atomic structure.

After this, the forensic scientists match the smallest piece of glass found on the victim’s body to the glass piece from the crime scene and evaluate necessary results.

Pollen is microscopic seeds that can easily survive in extreme temperatures and can pass through the digestive system. Know that the hydrochloric acid doesn’t affect these seeds, and they pass through unscathed.

Experts talk about revealing mysteries by fossilized pollen as these are highly durable. DNA metabarcoding is a process that helps in pollen analysis through DNA analysis and computers.

And, the best part is this process provides a time-stamped geographic fingerprint to serve as a piece of evidence.

By doing so, innocent suspects can be left facing the investigation process if fingerprints prove that they’d left the crime much before it was committed. With the availability of advanced fingerprint technology, crime investigators work well to determine the timeframe of the fingerprint.

With the advent of modern technology, conducting different types of tests has been a reality. Forensic experts work wonders in carrying out further tests like ultraviolet spectrophotometry, color testing, and others.

These tests work wonders in determining unknown substances. Experts perform tests on substances, irrespective of their nature. Yes, whether these are available in liquid, powder form, or pill.

Magnetic fingerprinting dust helps investigators in getting a perfect fingerprint impression without settling for less. Once they find an ideal fingerprint, the forensic scientists can add the data into specialized software for further comparisons to match the extensive database of millions and billions of people across the globe.

Micro-X-Ray Fluorescence (MXRF) and Integrated Automated Fingerprint Identification System (IAFIS) are advanced latent print analyses. These technologies are coming to the use of forensic experts greatly.

The link analysis software assists financial investigators greatly. They can use these for tracking funds, especially when strange economic activities come to sight in a paper trail.

The experts can quickly analyze a person’s financial transactions through the Enter Link Analysis Software to determine the possibility of illegal economic behavior. Note that statistical models come to extreme help in the circumstances like these.

A few decades ago, the technologies, which were science fiction stories, have come true in real life and have proven to be a blessing!