Are You Ready To Enter The Metaverse? 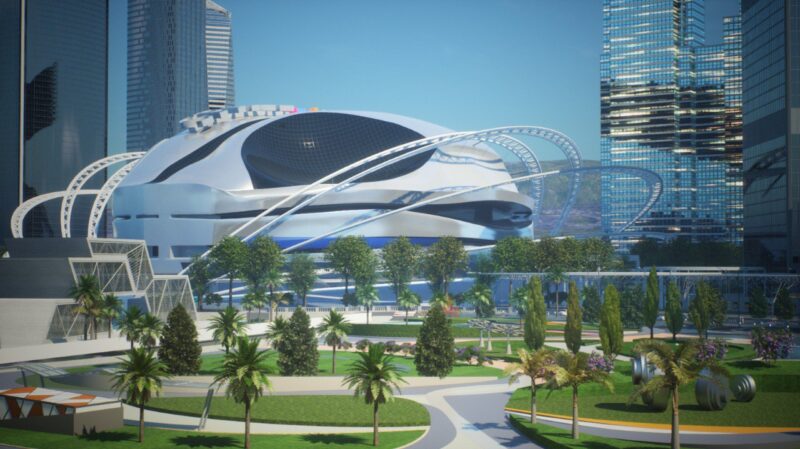 This concept is coming faster than many might think and companies such as Solospace are poised as pioneers in the field.

This article was written by Susan Belknapp and originally published by Cal Biz Journal.

The virtual worlds we’ve seen in science fiction for decades are melding with the technologies that support gaming, virtual reality, e-commerce, and remote live/work/play. Add to that the rise of digital and crypto currencies and the Metaverse becomes closer to a commonplace reality every day.

The result is the Metaverse.

Visionary Matt Cohen, the co-founder of Solospace.io, is poised to take the Metaverse living to the next level with the creation of Solospace – the Metaverse’s network of virtual cities where users can purchase and own property, build and modify their living facilities, and shop, play and “experience” like we have never had before.

Its tagline is “Own, build and experience the Metaverse” in Solospace’s capital, SoloCity.

“Solospace is a community-driven photorealistic ‘virtual world,’” Cohen told California Business Journal. “Our capital, Solocity, is the epicenter where users can visit Downtown Solocity, the Fashion District, work in office environments, own and visit their property(ies), earn a living, attend live concerts, social events, and other virtual experiences. We wanted to have a name that feels inspiring and conveys ‘Your Space’ where humanity is one.”

This concept has the potential to be revolutionary as it’s the future shift from tangible reality and real-world experiences merging with futuristic existence. You can be a “player,” virtually living in a luxury, futuristic high rise, driving a flying car, but you, the person, can buy actual goods after shopping for them virtually. You can go to a store and – unlike current e-commerce – experience goods through photorealism by touching, holding, trying on but have the actual product delivered to your house.

You purchase virtual land on Opensea and other marketplaces coming soon, but that land, especially after you develop it in the Metaverse world, can accrue equity and if you were to sell later, you would do it in the same way you traditionally sell real estate property. Solocity’s initial land pre-sale of the Founders 100 land blocks are out now with thousands more parcels launching in May, so keep an eye out to get in on the virtual ground floor before the full version Metaverse is released this summer.

Cohen started his career in Computer Aided Architectural Design and focused on developing commercial real estate and luxury chic hotels which are similar to those being built in Solospace. Developing Solocity and all their components integrate much of his insight and expertise, particularly what is on the horizon with technology and how humanity will interact with it.

“Web3 is the next iteration of the internet and by the second half of this decade, we expect to see a mass adoption of wearable technology, VR glasses and augmented-reality technology that will reshape the way we live, earn a living, consume entertainment, and experience life,” Cohen says. “Due to automation and robotics, we’ll need to reimagine how we can utilize technology to allow humanity the ability to earn and make life more exciting.

The dream of owning your own home may be unattainable for many, when you add inflation and lack of resources, so by utilizing our technology of ERC-1155 Smart Contracts we are Bridging the physical and the virtual world in ways that we have previously thought impossible.

The impetus of this brainchild came as Cohen worried about grim forecasts for the future of humanity and decided he wanted to find a way to build a better future for the current and future generations. “We have the capabilities and resources to build something that will provide opportunities on a global scale,” he says.

This means experiencing hybrid work as never before. Whereas the pandemic brought us to a place where we interact with coworkers via screens from home, immersive technologies will allow us to virtually “sit” around a conference room table with our coworkers and interact as we would in person, although we are not physically there.

“It gives humanity the ability to increase their productivity in a more fun and immersive way and collaborate with co-workers instantly, making life more exciting,” Cohen says.

This concept is not just about playing a game; virtual universities, museums and attending concerts are all under construction at SoloCity. Instead of watching on a livestream, you can virtually be in the audience, surrounded by millions or billions of audience members. It’s incredibly exciting to build something that we believe will make a big difference in the lives of potentially billions of people around the world and give them the ability to have a better life and access education in immersive ways that otherwise wouldn’t have been possible.”

Cohen credits the innovations of blockchain technology and the multitude of “technological synergies” that must work together to enable this. He has assembled an extremely talented team of the most brilliant innovators from around the globe to help create this world, including experts from MIT in Global Entrepreneurship and Computer Science, and Harvard Law, Business, Fintech, Engineering, Psychology, Social Sciences, Language.

“I believe we have many variables that will set us apart with our dynamic team and world class architects collaborating on EPIC Games’ Unreal Engine ecosystem and building virtual assets that are the first of its kind” he concludes. “Then add unique synergies and partners to be announced later this year, we’re looking forward to share more. That’s all I can say about that right now. We have a lot that will set us apart.”