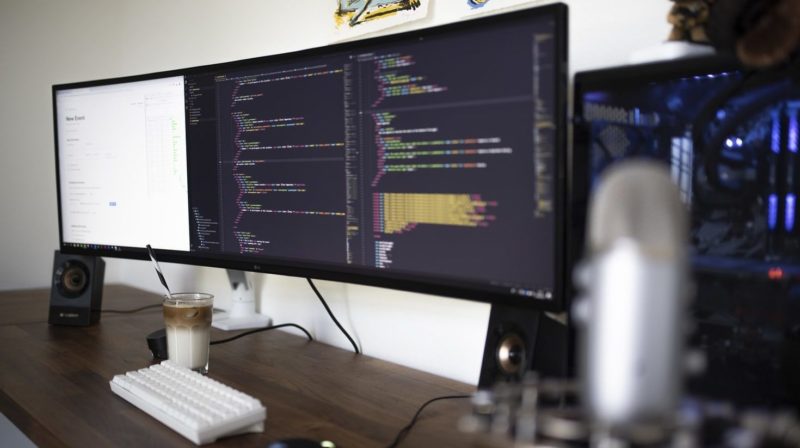 Over the last 30 or so years, the internet, computers, and technology have come to transform almost all aspects of personal and business lives.

So much so, these days, it is almost impossible to think of any company that doesn’t rely on online tech to at least some degree. In people’s personal lives, too, many have come to depend on tech for everything, from shopping to watching media and staying in touch with family and friends.

This article was written by Adeyemi Adetilewa and originally published by Ideas Plus Business.

From simple emails and web browsing to big data crunching and e-commerce, the web has become ingrained in everyone’s very existence and now forms the backbone for much of people’s everyday lives.

1. THE INCREDIBLE AMOUNT OF DATA PRODUCED EVERY DAY

The effect of tech on people’s lives is evidenced by the tremendous amount of data made, and industry analysts suggest the world now produces a somewhat staggering 2.5 quintillion bytes of data every day.

What is truly astounding is that this is the daily figure – all produced from blogs, social media posts, YouTube video uploads, and corporate data.

2. THE EXPONENTIAL GROWTH IN THE WORTH OF DATA

In particular, the worth of corporate data has soared in recent years as firms increasingly embrace digitization across their operations in everything from autonomous email systems to staff monitoring and Customer Relationship Management (CRM) platforms. With data becoming such an integral part of everyone’s work and social lives, it should come as little surprise that its worth has grown exponentially in recent years. Indeed, analysts now suggest data is the world’s most valuable commodity – worth even more than traditional heavy hitters like gold and oil.

Indeed, this trend for making greater use of tech in business is only set to increase in the coming years, particularly when you consider the growth of the Internet of Things (IoT), Big Data Analysis, and the move to automated systems using Artificial Intelligence (AI) and Machine Learning (ML).

Each of the above offers considerable benefits to firms from a financial and operational perspective. However, they also expose companies even more through the sharing and storage of more data on online platforms.

Also, as an increasing number of companies move to cloud tech rather than storing data locally, the risks are yet further compounded, necessitating the need to work with qualified, professional cloud providers.

As companies continue to place more and more data into online systems, their potential to fall victim to a cyberattack also increases. At the same time, the potential worth of that data to a hacker also continues to increase.

3. THE OMNIPRESENT RISKS POSED BY CYBERCRIMINALS

It is a sad truth but, where there is money, criminals soon follow, and data is no exception. By the end of 2021, industry experts predict the revenue generated by online criminality will reach $6 trillion globally – with that figure predicted to rise by 15 percent annually and reach $10.5 trillion by 2025.

The numbers involved in cybercrime are truly mind-boggling. Taken like for like, online crime is effectively the world’s third-largest economy, just behind the US and China.

Hacking costs more money than the damage caused by all the world’s natural disasters annually. The sums involved make it more profitable than the total combined trade of all illegal narcotics.

Moreover, the impact of online crime isn’t just financial. Many firms have crumbled from the effects of a cyberattack (60 percent of Small to Medium-sized Enterprises (SMEs) fold as a result of malicious attacks). Meanwhile, on an individual level, falling victim to a hacker can result in identity theft, loss of intellectual property, or other sensitive data being compromised.

4. THE PART PLAYED BY THE DARK WEB

Conservative estimates suggest that the dark web could be as much as 5000 times bigger than the exposed and open internet – and is continuing to grow at an alarming rate. The dark web is a part of the internet that is intentionally hidden by cybercriminals and works as a platform for hackers to exchange malware, buy and sell private user data, or plan forthcoming cyberattacks.

Significantly more worryingly, in 2018, a cybersecurity expert working with the FBI claimed that the personal data of every American could already be widely available on the dark web (also sometimes known as the deep web).

The dark web is completely unregulated, unindexed, and inaccessible to search engines – just the kind of place criminality thrives.

5. THE MASSIVE INCREASE IN ONLINE SECURITY SPENDING – FOR SOME AT LEAST

As you might expect, as firms begin to wake up to the value of their data, security spending has skyrocketed in recent years.

Back in 2004, it was estimated the global spending on online security totaled just $3.5 billion. By 2017 that figure had jumped to $120 billion and, by the end of this year, forecasters predict it will exceed $150 billion.

Computer/web security is now one of the fastest-growing sectors in the entire IT industry, with experts in high demand.

6. THE COMPLACENCY OF MANY SMES

Sadly (and wrongly), many of these smaller firms believe they are simply too insignificant or their revenue too small to be in the sights of cybercriminals when, in truth, SMEs are increasingly becoming highly attractive targets.

While larger firms commonly invest in top-grade security protection and mechanisms, many smaller companies take a rather laxer approach to their online security.

In truth, any firm (or individual for that matter) that operates to any degree on the internet is a potential target and, while it is true no system can be 100 percent secure, any company that fails to employ adequate protection is a virtual sitting duck for an attack.

The stats sadly speak for themselves when it comes to SMEs and their IT protection (or lack thereof):

If you are in any doubt about the risks posed to SMEs by cybercriminals, check online for more evidence. The statistics make for truly worrying reading and should make it clear that all companies – big or small – are at risk regardless of sector or relative income.

PRECAUTIONARY STEPS YOU CAN TAKE TO PROTECT YOUR COMPANY FROM CYBERCRIMES

Better yet, most of these steps are quick and easy to employ and won’t break the bank when it comes to cost, so really there’s no excuse not to follow them: As mentioned above, while no system can ever be 100 percent secure, there are still some sensible security precautions you can take that will vastly increase your protection against cybercrime and mitigate the chances of falling victim to an attack.

i). Always update software and Operating Systems (OSs) when prompted

Software development companies and hackers are in a constant war with one another as online criminals try to find loopholes, backdoors, and other flaws in apps.

One of the most common ways cybercriminals infiltrate an organization or website is through outdated software, so you should ensure you always update apps immediately when you’re prompted. Developers are constantly testing and evaluating their platforms for weaknesses, so using the latest version will offer you the greatest protection.

It should be a no-brainer that you need the first line of defense offered by anti-virus software and firewalls.

iii). Use the most modern protection against cybercrimes

You should stay abreast of emerging security tactics and employ them across your firm’s digital resources to increase protection.

iv). Check all passwords (and those of your employees)

Using weak passwords is akin to opening the front door to your firm and letting a hacker sift through your data. You should ensure all your employees use difficult-to-guess, alphanumeric passwords and update them regularly.

Moreover, you also need to check that your staff uses different passes for different accounts (i.e., not using a Facebook or personal email password for company accounts).

Some malicious attacks are easier to spot than others (e.g., phishing attacks), but you should still ensure that your staff is fully up-to-speed with emerging and existing online threats and know what to look for to reduce risk.

If you can make yourself familiar with the risks and know how to deal with them, you have a chance of making sure your company isn’t the next victim.

Disclaimer. The views and opinions expressed here are those of the authors. They do not purport to reflect the opinions or views of U Cast Studios. Any content provided by our bloggers or authors is of their opinion and is not intended to malign any organization, company, individual, or anyone or anything.