A “Lost Decade” Ahead For Markets? 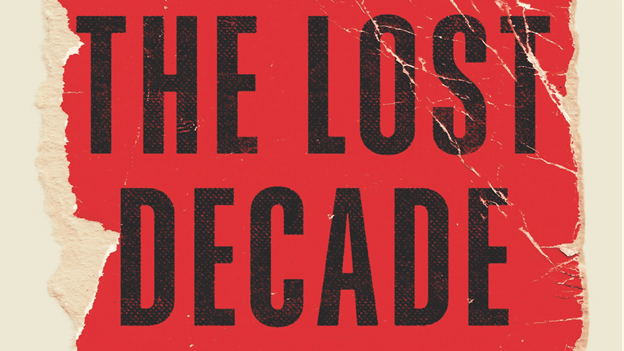 Is a “lost decade” ahead for markets? We and many others have discussed a topic regarding financial market valuations and forward returns. Now, halfway into 2022, all of a sudden, the “crazy talk” of valuations seems a lot less crazy as bear markets growl.

However, it wasn’t that long ago the mainstream media discounted valuations and forward returns. For example, in December 2021, Ben Carlson recounted a presenter at a 2010-2011 conference who discussed valuations for a 60/40 allocation in the 95th percentile. Historically, that suggested investors were doomed for a low-return environment of roughly 2-3% over the next decade. As he states:

“U.S. growth is up almost 20% per year. The S&P 500 is up more than 16% per year. Small caps are up almost 14% per year. REITs rose more than 11% annually. Everyone has been dancing on the grave of value stocks for years now, yet they’re up nearly 14% per year over the last decade.

Valuation and forward return assumptions were wrong then.

Over the last 120-years, valuations have consistently proved to be a strong predictor of future returns with lost decades a common occurrence. However, as we discussed previously in “Rationalizing High Valuations:”

“The mistake investors repeatedly make is dismissing the data in the short-term because there is no immediate impact on price returns. Valuations by their very nature are HORRIBLE predictors of 12-month returns. Investors avoid any investment strategy which has such a focus. In the longer term, however, valuations are strong predictors of expected returns.”

The chart below shows valuations and rolling 10-year total real returns. The obvious conclusion is that overpaying for value leads to lost decades.

However, let’s go back to Ben’s comment above. In 2009, valuations had corrected significantly, not only from the “Financial Crisis” peak but also from the preceding “Dot.com” bubble. Therefore, investors should have expected forward returns on equities to be higher over the next decade.

The chart below shows this more clearly. I highlighted the three previous points for reference.

From 2000 through 2010, a lost decade, annual returns after inflation were indeed negative. Such is what 43x earnings predicted at that time.

“Investors’ optimism is easier to understand if one looks at the 10 years through the end of 2021, during which the compound annual return of the benchmark S&P 500 was a very good 16.6%. Not so far from what those surveyed extrapolated. Its components need closer scrutiny, though.”

While the Wall Street Journal then tries to make the case that profit margins were responsible for the bulk of the gains, the reality is most of the excess returns came from just two unique sources.

The chart below via Pavilion Global Markets shows the impact of stock buybacks on the market over the last decade. The decomposition of returns for the S&P 500 breaks down as follows:

In other words, in the absence of share repurchases, the stock market would not be pushing record highs of 4700 but instead levels closer to 2800.

Such would mean that stocks returned a total of about 3% annually or 42% in total over those 14 years.

Given the low growth economic environment, low rates, and weak inflation, a market return significantly lower over the last decade is logical. However, given the injections of over$43 Trillion in liquidity, corporate stock buying, and the artificial suppression of rates, the outsized returns were not surprising.

The question is whether those artificial influences can be sustained for another decade?

“As sour as the mood has seemed lately, the S&P 500 would drop by another 45% or so if both margins and price/earnings multiples reverted to their long-run averages. Such would take the benchmark back to a level it first crossed five years ago.

That sounds alarmist, but stocks’ level in 2031 could be the same whether Mr. Grantham is correct or not about a sharp bear market. The alternative could be milder selloffs and recoveries along the lines of what we have experienced recently that lead stocks exactly nowhere.” – WSJ

“Reversions to the mean” is one of the most powerful forces in finance, The importance of which often gets lost during a raging “bull market” that seemingly defies all logic. Such was a point made by David Leonhardt previously:

“The classic 1934 textbook ‘Security Analysis’ – by Benjamin Graham, a mentor to Warren Buffett, and David Dodd – urged investors to compare stock prices to earnings over ‘not less than five years, preferably seven or ten years.’ Ten years is enough time for the economy to go in and out of recession. It’s enough time for faddish theories about new paradigms to come and go.”

What does such mean for future equity returns?

With a projected inflation rate of around 2% per year, the real return estimate for U.S. stocks is somewhere in the range of 0-2% real. They have growth stocks going negative after inflation over the next decade.” – Ben Carlson

Notably, while such commentary is often cast as “bearish,” such forecasts are a reflection of:

The second is critically essential.

The Most Powerful Force In Finance

Throughout history, whether it is valuations, prices, profits, or any other metric, eventually, and always, deviations revert to the mean. Such was a point discussed in “The Market Is Disconnected From Everything.”

“Profit margins are probably the most mean-reverting series in finance, and if profit margins do not mean-revert, then something has gone badly wrong with capitalism. If high profits do not attract competition, there is something wrong with the system, and it is not functioning properly.” – Jeremy Grantham

Markets are not cheap by any measure. If earnings growth fails to achieve high expectations, interest rates rise, or profit margins shrink due to inflation, the bull market thesis will collapse as “expectations” collide with “reality.”

A Lesson To Be Learned

Such is not a dire prediction of doom and gloom, nor is it a “bearish” forecast. It is just a function of how “math works over long periods.” However, during a “raging bull market,” investors always lose sight of long-term realities. As Howard Marks noted in a Bloomberg interview:

“Fear of missing out has taken over from the fear of losing money. If people are risk-tolerant and afraid of being out of the market, they buy aggressively, in which case you can’t find any bargains. That’s where we are now. That’s what the Fed engineered by putting rates at zero.

“We are back to where we were a year ago—uncertainty, prospective returns that are even lower than they were a year ago, and higher asset prices than a year ago. People are back to having to take on more risk to get return. At Oaktree, we are back to a cautious approach. This is not the kind of environment in which you would be buying with both hands.

The prospective returns are low on everything.”

For investors, understanding potential returns from any given valuation point are crucial when considering putting “savings” at risk. Risk is an essential concept as it is the expectation of “loss.”

The more risk investors take within a portfolio, the greater the destruction of capital when reversions occur.

This time is “not different.” The only difference will be what triggers the subsequent valuation reversion and when it eventually occurs.

Two previous bear markets taught many this lesson. Unfortunately, a whole generation of investors are learning this lesson the hard way.