AMC: Another Chance To Be Wrong 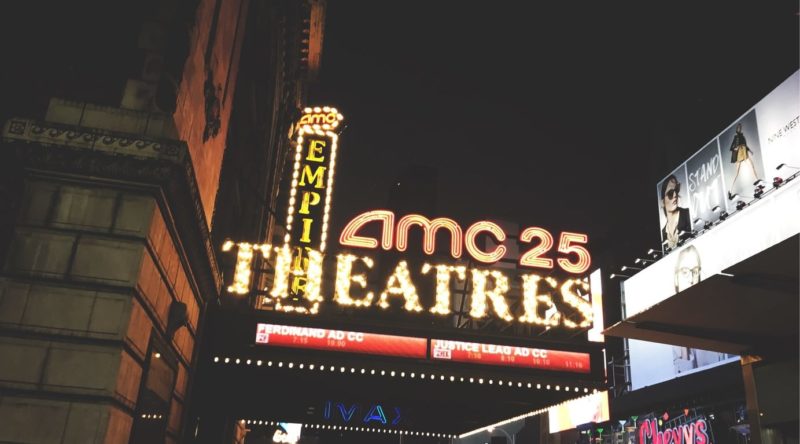 I hadn’t planned on writing about AMC Entertainment Holdings (AMC) again this weekend, but the stock hit our top ten names again on Friday.

This article was written by Portfolio Armor.com. 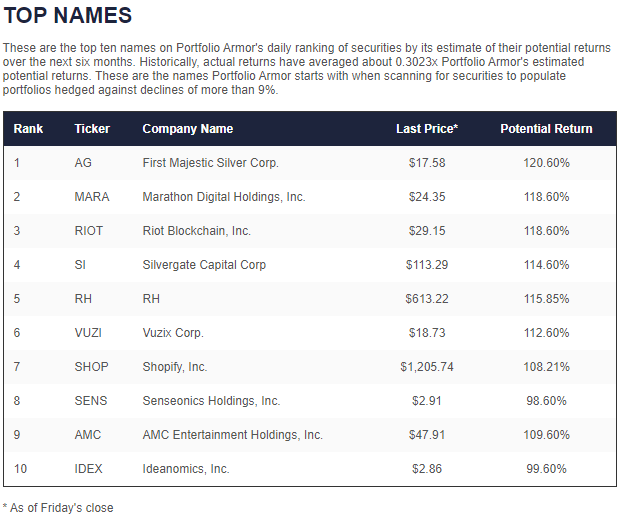 That’s the first time AMC has appeared in our top ten since April 1st, when it was trading at $9.36. 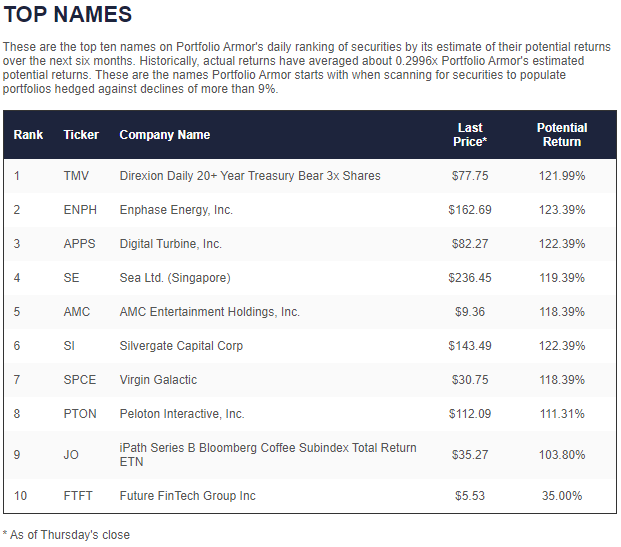 But our top names cohorts are estimates about performance over the next six months. So now we have two chances to be wrong about AMC: if does poorly from April 1st to October 1st and if it does poorly from June 4th to December 4th.

This is also another public test of a gauge of options market sentiment we’ve been using to select our top names, a factor which may have peaked in February of this year. Let’s talk about that factor, why the AMC’s in our top ten again now, and what might happen over the next several months.

Why AMC Is In Our Top Ten Now

Readers might wonder what AMC has in common with our top name on Friday, First Majestic Silver Corp. (AG), or Marathon Digital Holdings, Inc. (MARA), Riot Blockchain, Inc. (RIOT), Silvergate Capital Corp. (SI), RH (RH), or the rest of our June 4th top ten. Fundamentally, nothing: they were all selected based on our system’s analysis of their past returns and forward-looking options market sentiment on them. We can speculate on why options market participants seem to be bullish on them though: AG is obviously an inflation play; the next three are Bitcoin names, so in a sense also inflation plays; RH, the chain formerly known as Restoration Hardware, is a beneficiary of the COVID lockdown-fueled home improvement boom we’ve written about before (The Lovesac: Where We Can Get Together).

But what all these names have in common is they scored highly on one particular gauge of options market sentiment we call the cash substitute adjustment factor. This comes from a cash minimization strategy we use in hedged portfolios, that turned out to select for securities that generated significant alpha — at least until earlier this year.

The idea behind minimizing cash in hedged portfolios is this: in a portfolio where every position is hedged according to your risk tolerance, you don’t need to hold cash to minimize risk, or to provide dry powder in the event of a crash — the hedges serve those purposes. So, since cash generates practically no returns in a low interest rate environment, we seek to minimize it, while at the same time reducing the overall hedging cost of the portfolio (we have cash in these portfolios initially because we need to round down dollar amounts into round lots of underlying securities because those are cheaper to hedge). The way we minimize the leftover cash in our hedged portfolios is by putting as much as possible into a “cash substitute”: that’s a stock or exchange-traded-product that when tightly collared, generates a significantly negative hedging cost.

Specifically, we test each security in our universe by attempting to collar it against a greater-than-9% decline over the next several months while capping its upside at 1% or the current money market yield, whichever is higher. For AMC, that looked like this on Friday. 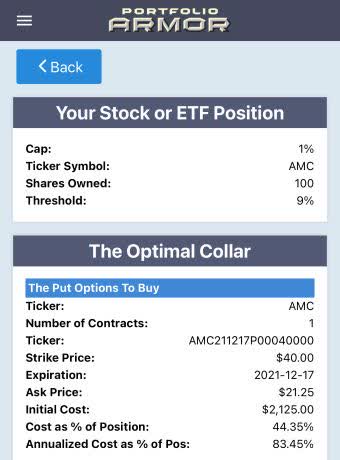 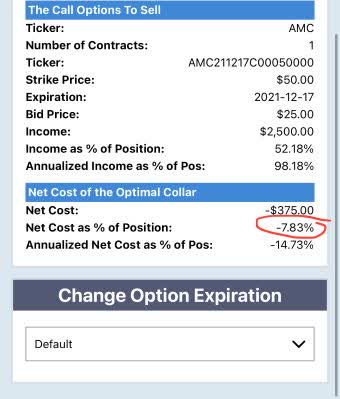 That hedging cost of -7.83% of position value was one of the ten most negative hedging costs of any of the thousands of securities in our universe on Friday.

Why This Factor Matters

It matters because stocks and exchange traded products that generated large net credits/negative hedging costs when collared that way have dramatically outperformed our other top names in aggregate. As of Friday’s close, they’ve outperformed by an average of about 28.9% over six months. That average takes into account the 6-month performance of every top name we’ve selected daily since we started tracking this signal in August of 2019. Since then, its average out/underperformance has ranged from about 32% to -6%. It’s possible ~32% was the all-time peak and it will be generating underperformance again in the near future; we update the factors we use daily though, so we will adjust our security selection process accordingly.

Screen capture from our site’s admin panel showing how the average outperformance of the cash substitute adjustment factor has declined over the last couple of weeks. The most recent figure is the one we used in selecting our top names on June 4th.

The performance of AMC over the next several months will tell us something about whether the cash substitute adjustment factor has peaked or is continuing to generate outperformance. Let’s think about what might happen with that stock over that time frame. Let’s start with what won’t happen: it won’t be diluted with new issuance between now and December. According to AMC CEO Adam Aron in the interview below, the company only has another 46,000 shares its authorized to sell this year.

As we mentioned in our previous post, if you haven’t heard him speak, the interview is worth a watch. Except for the brief moment where he accidentally reveals that he’s not wearing pants, Adam Aron handles himself and social media pretty well. Elon Musk could learn a thing from him.

Like Musk, Aron is trying to generate some synergy from shareholders who are also customers. 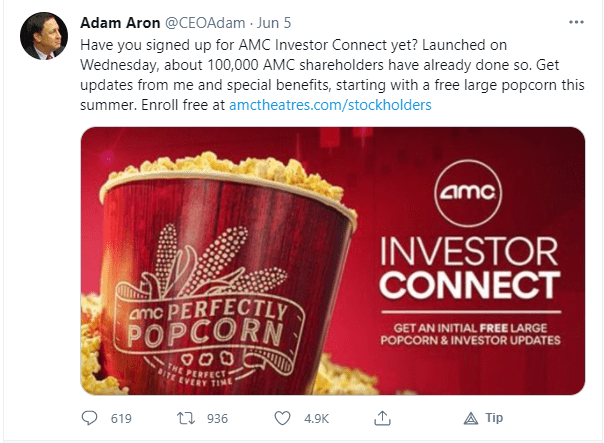 Whether this is enough to take AMC shares higher over the next several months remains to be seen, but the cash Aron has on hand from recent stock sales gives him the potential for some positive surprises such as acquisitions of the theaters of distressed competitors.

Finally, if you’re going to buy AMC at these levels, please consider hedging. You can refer to this video for the general approach, though obviously, you’ll need updated hedges given the stock’s run over the last week.