An Engagement Moment For The US And China 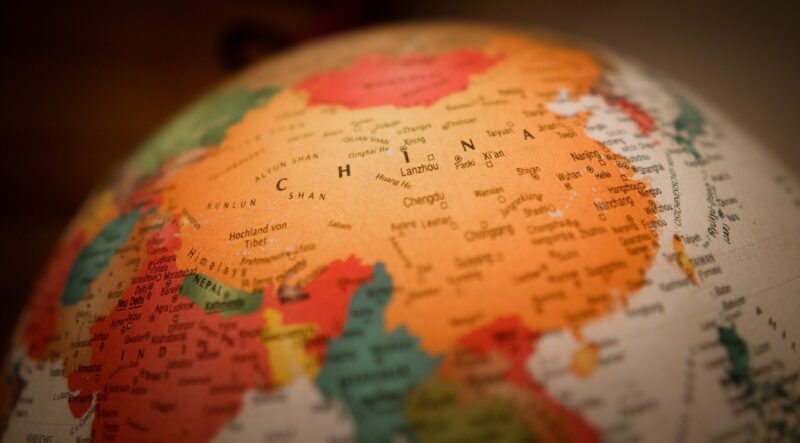 One of the more interesting developments in Putin’s war on Ukraine is the retreat of China from full-fledged support of Russia. When the Russian invasion began, many experts were alarmed by the Putin-Xi final statement as the Winter Olympics closed, specifically its reference to “no limits” in Sino-Russian relations. As I’ve noted, that conclusion was mistaken. Since then, Chinese support of Russia has gradually eroded. There may be an opportunity here for US diplomacy with China.

This article was written by Mel Gurtov and originally published by Peace Voice.

Two days before Russia’s invasion, China’s foreign minister Wang Yi said the “sovereignty, independence and territorial integrity of any country should be respected and safeguarded,” adding, “Ukraine is no exception.” Nor did China recognize the two “people’s republics” proclaimed by Putin in eastern Ukraine. Right after the invasion, according to China’s ambassador to the United States, Xi called Putin to urge peace talks. The ambassador claimed Xi “received a positive response.” If so, that was obviously a lie. China then abstained from voting on two UN resolutions that condemned Russia’s invasion, one in the UN Security Council and another in the General Assembly.

Beijing continues to support Russia’s “legitimate security concerns,” but it has not done much so far to alleviate Russia’s economic pain from the US and European sanctions. Even though China began purchasing Russian wheat and increased imports of Russian gas, two of its main banks abided by US sanctions in refusing to issue dollar-denominated letters of credit for purchases of Russian goods. Sanctions are clearly China’s main concern. “Sanctions will affect global finance, energy, transportation and stability of supply chains, and dampen a global economy that is already ravaged by the pandemic,” Xi said. “And this is in the interest of no one,” meaning China of course.

It appears that Chinese support for Russia has softened in direct proportion to Russia’s military failures, Ukrainian resistance, and the unprecedented array of sanctions on Russian trade, banking, and overseas investments.

Not only are China’s economy and trade likely to be affected; its leadership surely must be as unnerved as Western leaders are on hearing Putin raise the possibility of using nuclear weapons. And Chinese leaders have surely taken note of how European governments, including those that are not NATO members (Sweden, Finland, and Switzerland) and have been friendly to Russia (Hungary and Turkey) now are united in defense of Ukraine. Thus, China has emphasized a diplomatic resolution over Ukraine, urging the parties to “seek reasonable solutions” even as Beijing’s mass media keep repeating Putin’s disinformation campaign on Ukraine.

But here’s the rub: When it comes to actively playing a peacemaker’s role, Beijing has balked. In a word, China has so far failed the global leadership test. Far from being a “responsible great power,” it has chosen to straddle the fence at a defining moment in European and perhaps global security.

To be sure, Beijing may have been caught flatfooted by the scope of Putin’s ambitions. But it has had plenty of time to recover. Instead, China is offering platitudes, such as Chen Yi’s and Xi’s expressions of a willingness to “play a constructive role” in peace talks and work together with “the international community.”

Pure self-interest—removal of sanctions, which might one day be imposed on China if it were ever to attack Taiwan—is the main factor in China’s position on Ukraine, not humanitarian concerns, Russia’s war of aggression, or the Russian aim to convert Ukraine into a vassal state. Beijing’s leaders have not taken actions that could elevate China’s international standing, such as initiating a peace conference of the major players, calling for a cease-fire and a halt to Russia’s indiscriminate bombing, or sending substantial aid to Ukraine.

Aid to Russia or Accommodation to the US?

But warnings are very unlikely to influence Chinese decision making. Instead, why not offer incentives that will begin to move US-China relations in a positive direction? Incentives could mean removing Trump-era tariffs, ending visa restrictions, and proposing resumption of pandemic research.

Officially, the Chinese are sticking to their position of respect for Ukraine’s sovereignty and respect for Russia’s security concerns. But there are voices in Beijing that want a turnaround in China-US relations and recognize how the disaster in Ukraine could badly impact China. They put value on China’s reputation, which would be enhanced were it to take a lead role on a Ukraine peace.

To judge from the Chinese Readout of the Biden-Xi phone call on March 18, the key to a shift in China’s policy is the tenor of its relations with the US. Xi said: “China-US relations still haven’t escaped from the dilemma created by the previous administration, and instead have encountered more and more challenges.” Xi focused on Taiwan, distinguishing between Biden’s reassurances on Taiwan and “some people” who have not implemented the President’s “positive remarks” on one China.

“The US side has misread and misjudged China’s strategic intentions,” Xi said, possibly referring to speculation about China using the Ukraine crisis as an opportunity to attack Taiwan. On Ukraine, however, Xi stuck to the standard Chinese position that it is up to the parties to the conflict to talk, that the humanitarian situation is worrisome, and (again) that the sanctions are undermining global economic stability.

Nevertheless, there may be an opening here, and Biden should seize it and test China’s intentions. What goes on behind the scenes may be more hopeful than what Chinese officials are saying publicly.