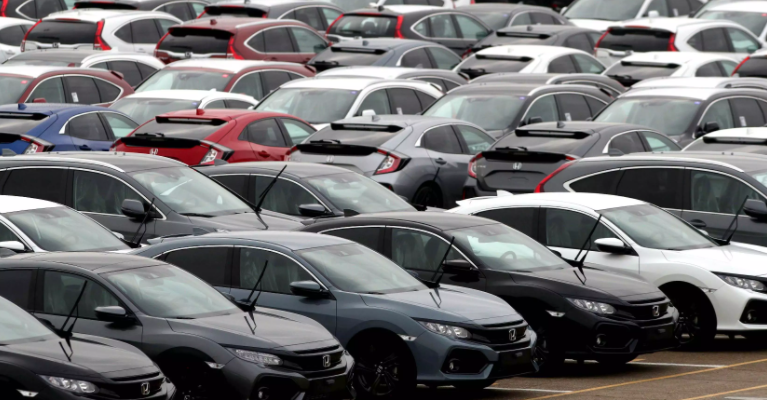 As if the automotive industry didn’t have enough to deal with in the semiconductor shortage and supply chain issues, the skyrocketing price of oil may also wind up contributing to an already volatile year for the sector.

In fact, one sell side analyst thinks the conditions are ripe for a “buyer’s strike” in autos.

Morgan Stanley analyst Adam Jonas wrote in a note on Friday morning that, per his conversation with auto dealers, initial signs of demand destruction could start to materialize in lower income customers buying “gas guzzling trucks”.

In fact, Jonas says that the U.S. car market is “not a car market at all. It’s a truck market,” according to a Bloomberg wrap up of his note. Feedback from dealers is suggesting “extremely low levels of new and used inventory” still, Jonas said.

Jonas also believes that inflation, in addition to the rising price of oil, would help drive a buyer’s strike.

A buyer’s strike would obviously help prices potentially descend from their recent zenith. Recall, we wrote just about a week ago that used car prices, may have started to level out.

Companies have struggled with supply chain congestion, bottlenecks, and the inability to adequately re-stock certain items that roiled the automotive industry, we noted. This, combined with increased demand, is what drove prices sky high to begin with.

On Feb. 9, we outlined a major inflection point for the Manheim Used Vehicle Value Index, a wholesale tracker of used car prices, possibly topping as peak supply chain constraints had passed and more parts would be readily available for automakers to restart and or increase output for new vehicles. At the time, we said this could reverse used car prices. However, we also noted that this inflection point might lead to false positives if supply chain congestion persisted.

As bottlenecks subsided, the Manheim Used Vehicle Value Index declined 3.8% in the first 15 days of March compared to the full month of February. The used car index was still up 24.1% compared to March 2021 at around 222.4. Though momentum and rate of change indicators show soaring used car price trends are drastically slowing as supply chains crunches resolve.

The analyst did say there’s possibility congestion will “re-emerge as inbound traffic arrives in March into a still congested U.S. logistics system; and container shipping rates – which are part of the index – could see some impact from the Russia/Ukraine conflict,” though supply chain congestions are subsiding.

Similar to JP Morgan’s belief in early February that supply chain constraints have passed their climax, Goldman’s analyst points out peak congestion might have passed as well.

“While our base case for more extended supply-chain easing does not arise until sometime midyear-2022 (at the earliest), we do think some slight easing on the ocean side is possible as we move further into 2022, as we approach seasonal post-peak shipping for container ships due to the length of time it takes to move from Asia to the U.S.,” Alliger said.