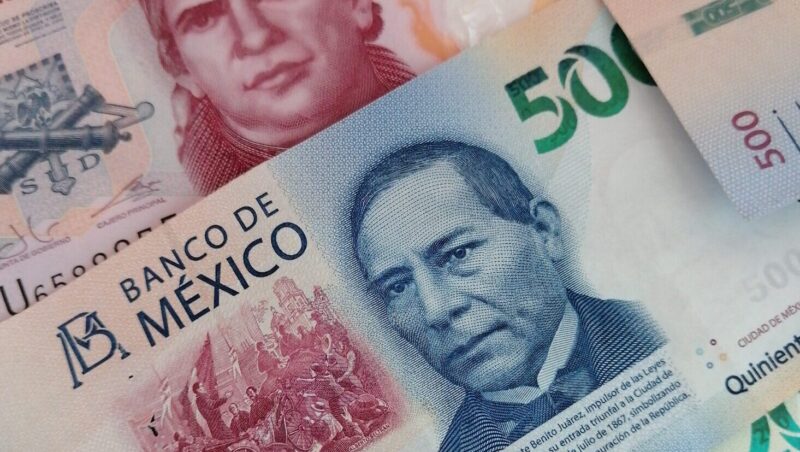 A cashless society is on the way, but the US lags in adoption and regulation.

Mexico Plans a Digital Currency by 2024

The Bank of Mexico plans to put its own digital currency in circulation by 2024 to use the latest payments technology to foment financial inclusion in an economy that relies on cash for most transactions, according to the Mexican government.

The central bank considers it important “to use these new technologies and latest-generation payments infrastructure as valuable options to advance financial inclusion in the country,” the administration of President Andrés Manuel López Obrador said in a tweet late Wednesday.

The Bank of Mexico has said it is studying the development of a digital currency in several phases. It will use as a basis for the platform the current electronic payments system to expand payment options “under a rapid, safe and efficient” framework, the bank said in a recent report.

Central bank authorities have been in talks with financial institutions about the implementation and the infrastructure needed to launch a digital currency that could be used for basic transactions, a person familiar with the Bank of Mexico’s plans said.

A large number of transactions are done with cash, particularly given the large informal economy, which in 2020 accounted for around 22% of Mexico’s gross domestic product.

That last paragraph explains what you need to know. 22% of the economy is informal and taxes are not collected on a huge chunk of it.

In June, Mexican billionaire Ricardo Salinas Pliego said he was working on having his Banco Azteca become the first bank in Mexico to accept bitcoin.

The Central Bank squashed the idea but it was going nowhere anyway.

People who hold Bitcoin certainly don’t want to convert it to Pesos or even put it in a bank.

The UK Considers a New Central Bank Digital Currency, What Happens to Cash?

On April 19, I noted The UK Considers a New Central Bank Digital Currency, What Happens to Cash?

About a year ago the Bank of England released a paper on the Opportunities, Challenges, and Design of Central Bank Digital Currencies.

The idea that one can future proof fiat currencies against anything is of course ludicrous.

What About Physical Cash?

The BoE said a digital version of sterling would not replace either physical cash or existing bank accounts.

Once in place, if governments ever decide people are “hoarding” money they will consider putting time limits on it to force people to spend it.

That’s what’s coming. And the pace seems to be picking up. No one wants China to be the first.