Be Prepared To Be Cold 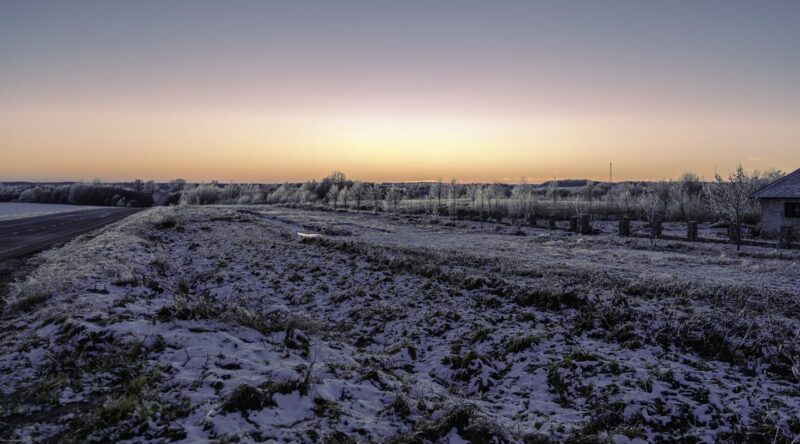 As you probably know, things have been a little shaky over in the “growth” world recently.

So much so that ARK’s Cathie Wood — the poster child of the “growth” wave — suggested these stocks were now deep value (yes, really!).

But fear not! According to Wood, they are heading for the moon:

According to our research, emerging innovation platforms will transform our lives and the global economy radically, scaling their equity market capitalizations potentially from roughly $14 trillion today to more than $200 trillion in 2030.

We have seen some crazy “isht” in our careers, but this one is a doozy.

ARK expects these innovation companies to go from a total market cap of “roughly $14 trillion today to more than $200 trillion in 2030.“

For comparison, the ENTIRE global stock market — which includes every damn listed equity under the sun — today is $109 trillion. The whole lot!

The person at ARK who wrote this needs to be given a crayon and a coloring book.

Feels like a lifetime ago, when — back in February 2020 — we started warning that lockdowns will bring about inflation and shortages. This pesky stuff is now part of our daily lives. We recently set up a dedicated inflation channel in our Insider private forum, where members can share their own experiences with all things “transitory”.

Member Clint shared what will be a familiar sight to many:

It sure seems like it’s March 2020 all over again.

And another one from a cinema in California, courtesy of member Aron:

In case you can’t see it, the sign says, “Due to supply shortages, butter is unavailable. Apologies for the inconvenience.“

But it’s not just popcorn and toilet paper. Longtime readers will be familiar with our thinking on the consequences of shortages and inflationary pressures. Back in April 2020, we argued in Insider Weekly that rising prices around the world will also bring about social unrest:

It is worth remembering that rising food prices are not only inflationary but it can also very often be the trigger that leads to social unrest. Remember the chaos of the “Arab Spring” uprisings?

Rising food costs in the Arab world, where the spark that led to the uprisings and overthrowing of thugs in power. Granted, they replaced the old thugs with new thugs but the key point I want to make is that social unrest is a byproduct of rising food prices.

We all need to pay very very close attention to this… and not just for your portfolios.

Right now, we have something that has the capacity to be global rather than localized in the Arab nations.

This week, we saw Kazakhstan spiral into chaos. The proverbial straw that broke the camel’s back? Exploding fuel prices.

China just spent nearly $28 billion securing those commodities (mostly oil and gas but also uranium) in Kazakhstan. Our guess is we’ll soon see China stepping in to protect their interest. As we’ve been saying repeatedly, energy security will be the name of the game this decade.

BACK TO THE DARK AGES

We’re scratching our heads trying to understand the logic with the pointy shoes in Brussels. Though, if one accepts that the agenda is to take Europe back to the dark ages, then it makes complete sense. Check out this:

The European Union plans to stop funding new oil and gas pipelines in future, as it switches the focus to promoting energy sources that are less harmful to the climate.

Negotiators from the EU member states and the European Parliament agreed on Wednesday morning on a reform of the TEN-E regulation which governs the expansion of cross-border energy networks.

The revised regulation sets new priorities in energy production in order to achieve the EU’s climate goals, with the aim of promoting electricity grids, lines to off-shore wind farms and for climate-friendly gases such as hydrogen.

Funding is to be provided through what are known as projects of common interest (PCIs), which can be approved more quickly and supported with EU money.

The European Commission presented a new PCI list in November. However, it still includes gas projects that were part of a previous list, such as gas pipelines already planned for Malta or Cyprus, drawing criticism from environmental organizations, as these can still be financed by EU funds, even though gas as a fossil fuel emits greenhouse gases.

These decisions still need to be confirmed by the Council of EU States and the European Parliament, a step considered a formality.

At this point, we think that a full blown energy crisis, where many Europeans die from the cold in winter, is a real possibility.

Have a fabulous — and warm — weekend!

– The Team at Capitalist Exploits

P.S. As the pointy shoes wage war on carbon, one asset is predicted to soar 33,233% (yes, you read that right). It’s no surprise the richest investors and big corporations are piling millions of dollars in this tiny market. Our friends at Resource Insider have the full scoop here.