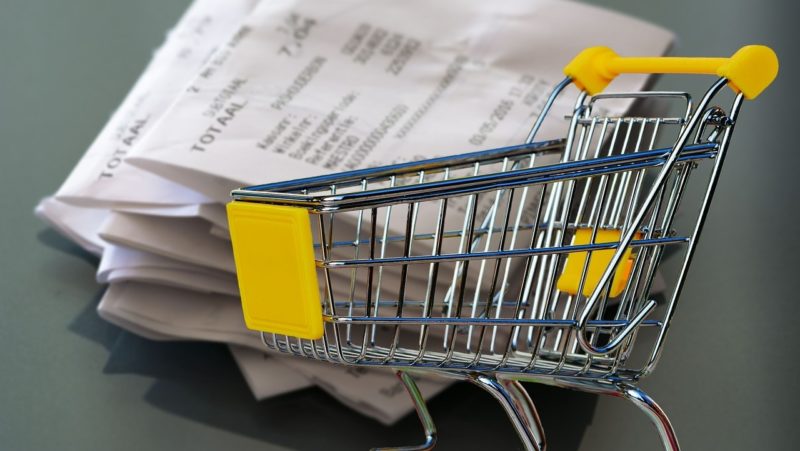 Retail sales surged at a higher than expected rate in October, rising 1.7%.

The mainstream reported this as fantastic news signaling a strong economy. American consumers are out there buying lots of stuff. The stock market rallied and gold fell.

But the mainstream narrative isn’t giving you the full picture.

There are two important factors to consider as you analyze these surging retail sales numbers.

First, retail sales aren’t inflation-adjusted. The data just reflects the amount of money Americans spent on retail goods. It is as much an inflation indicator as it is a sign of strong buying patterns.

For example, if consumers buy 100 widgets in a month at $1 per widget, and the next month, they only buy 75 widgets, but the price inflates to $2 per widget, retail sales would rise 50%. But consumers only bought 75 widgets. The number of actual units sold fell even while dollar sales went up.

But the mainstream can still spin this as a positive. They claim the fact that consumers are still spending lots of money despite inflation means they’re optimistic. It signals the economy is healthy. People wouldn’t spend if they didn’t have any money, right?

That brings us to the second point you need to keep in mind – consumer debt is on the rise. Americans might be spending, but they’re putting it on plastic.

Through the pandemic, Americans, by and large, kept their credit cards in their wallets and paid down balances. We saw a big drop in credit card debt with each round of stimulus. Some consumers used their stimmy checks to pay off credit cards. And Americans didn’t need to pull out the Visa since the government stuffed big wads of cash in their pockets.

Without stimulus money, Americans are buying stuff the old-fashioned way. They’re charging it.

Of course, it could be that Americans are running up their credit cards because they’re confident in the economy, as the mainstream narrative claims. But it could also be that they don’t have any choice. After all, you have to buy groceries and gas. If Americans don’t have enough cash to pay the higher prices, they have to charge it.

As Peter Schiff explained it, “Higher prices and an absence of stimulus checks forced Americans to borrow more to buy stuff they can’t afford.”

Don’t let the mainstream spin fool you. Booming retail sales don’t necessarily mean what they’re telling you. In reality, it’s just a predictable function of a post-pandemic “economic recovery” based on stimulus and debt.