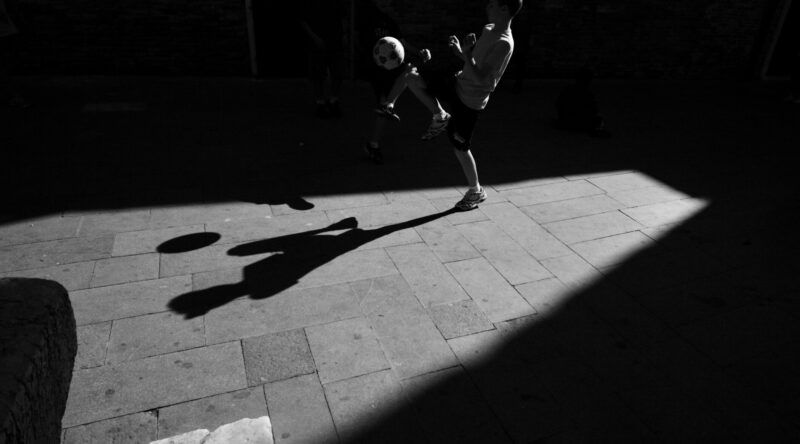 Child advocates are suing New York for a program they say would create an unlawful shadow foster system that deprives families of their rights, saying a ProPublica investigation made the dangers “abundantly clear.”

This article was written by Lizzie Presser and originally published by ProPublica.

Spurred by a ProPublica investigation, three organizations that represent children in foster care filed a lawsuit last week in New York State Supreme Court against the state’s Office of Children and Family Services over new regulations that establish a “Host Family Homes” program, charging that they create a shadow system that will deprive children and parents of their rights.

The ProPublica story, published in collaboration with The New York Times Magazine in December, documented how, across the country, caseworkers are diverting children from formal foster care into what some scholars call “shadow foster care,” in which the legal protections of the formal system disappear. Parents who are investigated for allegedly mistreating their children agree, sometimes under coercion, to place their child with a relative, friend or volunteer family as an alternative to government foster care. Child welfare departments then often skirt their legal duty to keep children at home or thoroughly monitor the informal arrangements; the shadow system also strips families of access to free lawyers, judicial oversight and court-mandated services to attempt to reunite families.

The New York state regulations, which were adopted at the end of last year, allow placements in the homes of strangers without any court involvement, in so-called voluntary arrangements. The state describes the program as “temporarily supporting a family when a parent has made a determination that he/she is unable to care for their child” and has made an informed agreement “to allow a host family to care for his or her child as a way to avert the need for more child welfare intervention.” Similar to foster care, the rules call for monthly check-ins by the agencies that the state authorizes to perform this work; but unlike foster care, placements continue without oversight from a court.

New York statute already provides for formal voluntary placements that include safeguards that hold the state to account for the decision to take a child into a placement, for the care of the child while in the placement and for the services offered to help the family reunite. This lawsuit alleges that the host homes program subverts existing law by failing to provide these same protections.

Under the new rules, there is no requirement that the agency first provide preventive services, no requirement to attempt to place a child with kin, no requirement to receive court approval of the placement, no appointment of counsel and no mandate to provide services for reunification. Advocates who oppose the regulations say that they create a pathway for the state to avoid paying for the support that it does in the formal system to help stabilize families, like assistance for housing and subsidized child care.

The host homes program in New York came about after a faith-based organization, Safe Families for Children, approached the state. The volunteer-based group, which was not featured in the ProPublica story, has chapters in the majority of U.S. states and offers Christian “host homes” to struggling parents as an alternative to the child welfare system. Safe Families for Children says it has helped more than 25,000 children across the country with a 95% reunification rate.

But a 2021 report on Safe Families for Children in Illinois, co-authored by Mark F. Testa, a professor emeritus of social work at the University of North Carolina, found that some caseworkers there were using it as a “way-station for separating children from their parents.” He found that if left uncorrected, the program could have the opposite effect to its intended aim to preserve family integrity.

Safe Families for Children did not respond to requests for comment. In 2020, David Anderson, its founder and executive director, told Michael Fitzgerald at The Imprint: “The idea is, how do you build this as a social movement versus just a program? It’s built on the idea of trying to make the safety and protection of our children all of our responsibility, not just the child welfare system.” The organization did not have a way to track how the children in the program fared on outcomes, like educational progress or emotional well-being, according to The Imprint.

The New York rules do not allow a host home to take in a family member if that family is subject to an open child protective services investigation. But Josh Gupta-Kagan, a University of South Carolina Law School professor and the author of “America’s Hidden Foster Care System,” has documented how hidden foster care can occur after an investigation is closed. The rules permit host families to keep children for up to six months, with the possibility of additional six-month extensions that could go on indefinitely. It also puts no limitation on out-of-state placements.

“The rights of parents are clearly preserved in the regulations in multiple provisions,” Laura Galt, the director of the New York City chapter of Safe Families for Children, told ProPublica. The New York regulations made no mention of funding for host home agencies and the Office of Children and Family Services declined to comment for this article, citing the pending legislation.

Lawyers for Children, The Legal Aid Society of New York and the Legal Aid Bureau of Buffalo Inc., the organizations that filed the lawsuit, charge that the program is unlawful. In public comments, attorneys, child-welfare experts and judges voiced concerns over the proposed regulations. Many questioned the “voluntary” nature of these placements. Diane Redleaf, an Illinois-based lawyer who coined the term “shadow foster care,” wrote that the word “‘voluntary’ carries little weight whenever the child protection system is either directly or indirectly involved in a family.”

ProPublica’s story exposed how children who had been diverted into shadow foster care in Cherokee County, North Carolina, had suffered from extreme consequences, like homelessness and alleged sexual abuse. Without any court oversight, parents struggled to appeal the informal placements and reunify with their children.

“The ProPublica article made it abundantly clear for us how problematic these regulations are and the actual impact that it will have on individual children,” said Betsy Kramer, special litigation director at Lawyers for Children. “For us, it was all sort of theoretical before, and this article made it very real.”

Kramer believes that if the lawsuit is successful, it could have broader implications for Safe Families for Children chapters across the country and other shadow foster care practices that bypass the statutory framework for voluntary placements.