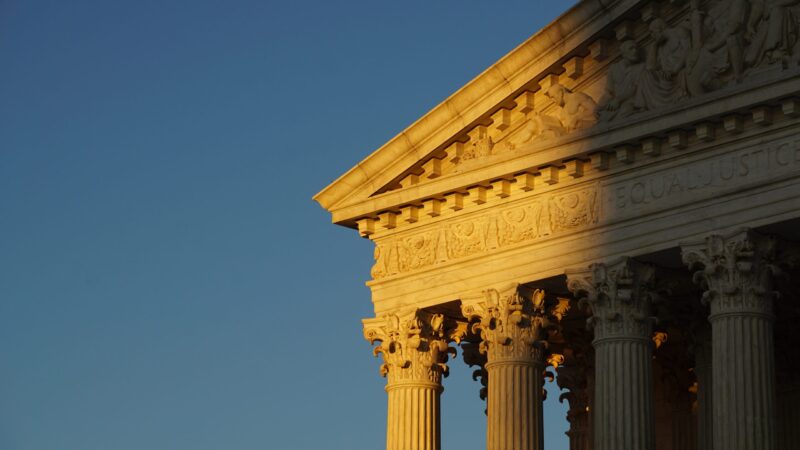 WASHINGTON, D.C. — The U.S. Supreme Court has agreed to hear a death row inmate’s request for an alternative, less painful, method of execution. Pointing out that a medical condition could result in significant pain as a result of the state of Georgia’s method of death by lethal injection, death row inmate Michael Nance has asked to be executed by a firing squad. In an amicus brief filed in Nance v. Ward, The Rutherford Institute joined the ACLU in urging the Supreme Court to establish a procedure by which death row inmates can request reasonable and alternative methods of execution that comply with their Eighth Amendment right to be free from cruel and unusual punishment.

This article was originally published by The Rutherford Institute.

“No matter what the circumstance, the government shouldn’t be in the business of killing its citizens,” said constitutional attorney John W. Whitehead, president of The Rutherford Institute and author of Battlefield America: The War on the American People. “However, if the government is going to impose the death penalty on prisoners as a part of its so-called criminal justice efforts, then the Eighth Amendment requires that those methods of capital punishment cannot cause undue pain and suffering.”

Challenging the method of his execution as being in violation of his Eighth Amendment right against cruel and unusual punishment, Nance asked to be put to death by firing squad and filed a suit pursuant to Title 42, Section 1983 of the United States Code, which allows a person to seek redress when the government deprives him of his constitutional rights. While the Eleventh Circuit Court of Appeals acknowledged that the U.S. Supreme Court has allowed prisoners to seek alternative methods of execution under Section 1983 suits and has said that Eighth Amendment rights cannot be controlled by a State’s choice of which execution methods to authorize, it ruled against Nance on procedural grounds. Specifically, the Court of Appeals ruled that Nance’s suit must be reconstrued as a habeas petition, but then said the court lacked jurisdiction to hear that habeas petition because Nance had already filed a previous habeas petition on a separate matter, although it occurred prior to the development or realization of his current medical condition. In asking the U.S. Supreme Court to resolve this procedural dilemma, The Rutherford Institute and ACLU argue that death row inmates are entitled to a fair opportunity to have their Eighth Amendment claims fully considered by the courts.

Catherine E. Stetson, Dana A. Raphael, and Allison M. Wuertz of Hogan Lovells US LLP helped to advance the arguments in the brief.