Demolish Highways – And Replace Them With What? 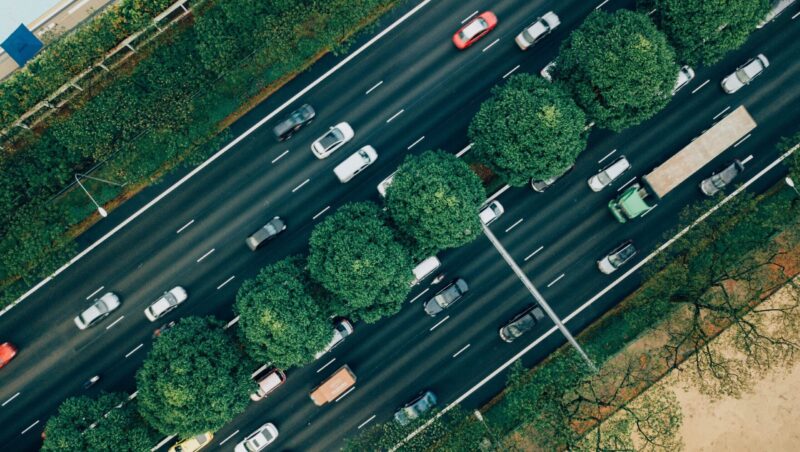 Image Courtesy Of Chuttersnap On Unsplash

As cities convert more of their highways to tunnels, they should apply market-based strategies for reusing the newly-fallow land.

This article was written by Ethan Finlan and originally published by Market Urbanism Report.

For decades, the urbanist movement has had a fiery—albeit niche—passion for tearing down highways that carve through U.S. cities. While unthinkable to many Americans, this idea has crept into the mainstream. Transportation secretary Pete Buttigieg, upon getting nominated, said these highways were “racist” for their role in destroying ethnic minority neighborhoods, and made the case for “righting these wrongs.” This was followed last year by a federal announcement to provide funding for cities that wished to remove highways. Cities that get this money should not disregard the role markets can play in reusing said land.

Several of these highways are reaching the end of their useful life, at a time that cities are questioning the dominance of the automobile and prioritizing walkability. The urbanist advocacy group Congress for the New Urbanism recently compiled a list of what it calls “freeways without futures,” specifically focusing on routes that bisect urban centers. CNU argues that these freeways should be decommissioned, and that the feared traffic impact from doing so is overstated, pointing to the decision to replace a highway damaged by San Francisco’s 1989 earthquake with surface boulevards as a success.

The move comes in response to a growing consensus that these highways damaged neighborhoods during the “urban renewal” period of pre- and post-WWII America. Thriving black and Hispanic neighborhoods in New York, Miami, New Orleans, and countless other cities (including my hometown of Charlottesville) were destroyed for new roads to accommodate suburban commuters. These roads also cause traffic deaths and spit pollution into these communities.

CNU argues that the land could be put to better use, and have fewer negative impacts, in the absence of highway infrastructure. Some cities want to move traffic underground. This is, of course, what Boston did with its Big Dig project in the late 1990s and early 2000s. “Capping” highways (aka building parks over them) is also possible, as Los Angeles plans for Route 101 and other city locations. Dallas and Seattle are also home to highways that have been partially capped, and where advocates and civic leaders wish to see more portions removed.

“We’ve kind of put a Band-Aid on a lot of these highways, and a lot of them are well past their 50-year lifespan,” CNU’s Ben Crowther told Streetsblog. “And a lot of communities just don’t want to keep repairing them. … I can’t think of a single time it has cost more for a community to remove an aging highway than to rebuild it.”

Yet highway teardowns are indeed expensive. The most extreme recent example, Boston’s Big Dig, cost over $14 billion (though this was a unique project that entailed more than the teardown). Syracuse’s proposed alterations to I-81 are expected to cost $2 billion, while Los Angeles’ plans will cost $1 billion.

Yet in proceeding with these teardowns, cities may be realizing the untapped value of land that sits underneath. In Milwaukee, land values jumped 45% following the teardown of a highway. The Big Dig resulted in substantial new construction in downtown Boston, because the land where the freeways sat was converted into attractive parkland, making it more amenable for businesses and pedestrians.

One possible way to handle the cost of teardowns is to allow developers to bid for the land, or perhaps parcels on the land, that would be freed up, and use the proceeds to finance the teardown. Or that money could be used to finance transportation improvements to make up for the capacity loss from the highway teardown. These new landowners would then have development rights, which would sell for more if bidders are granted variances from existing zoning rules.

Another option would be to turn the removed right-of-way into some sort of park space, and set up a land value tax or tax increment financing structure to capture the improved property values that this creates.

There’s a method for determining how to use highway replacement land: the free market.

A third option—and this would assuage skeptics who believe demolishing roads will worsen congestion—would be to sell the right-of-way to private operators, who can choose either to operate the existing road or tear it down and build something different.

We still favor option one—sell land to developers, use that money to remove the road, and let them build as they wish, helping mend the half-century tear that these roads put into the urban fabric. But really, all these measures have similar benefits. They reduce or eliminate the need to spend taxpayer money on road repair. They guarantee that this valuable land receives its highest and best use (as it’s being subjected to a market bidding process). And they tie infrastructure improvements to (and capture value from) the benefiting surrounding developments.

Overall, highway teardowns in at least some cities are a step to improve the economy, reduce pollution, and make cities more pleasant, and it’s good that some local, state and federal DOTs are pushing for it. But how the land is used following those teardowns is just as important.