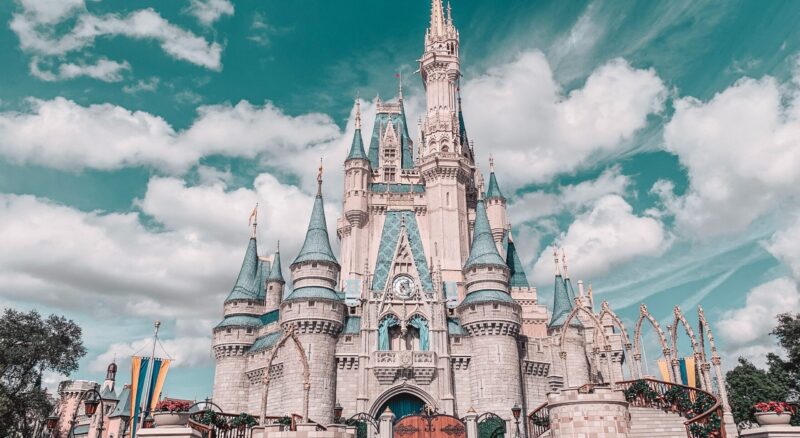 Florida’s government is poised to revoke the longstanding special favors that the state granted the Walt Disney Company nearly five decades ago. As of Thursday afternoon, both the House and the Senate in Florida have voted to end the megacorp’s special district, which has long enabled Disney to engage in activities prohibited to other private groups and individuals in the state. The governor is expected to sign the legislation.

This article was written by Ryan McMaken and originally published by Mises.

The impending change in status comes after senior Disney representatives repeatedly criticized the Florida GOP—currently the ruling party in the state—for legislation unrelated to Disney’s business dealings. Perhaps not surprisingly, this caused numerous GOP officials to question why Disney was receiving special privileges denied even to Disney’s direct competitors. In the past, Disney’s special status was shielded from political dangers, as Disney has famously showered politicians in the state with gifts, campaign cash, and other types of special favors that normal people would identify as bribes. Indeed, many of the same elected officials who are now voting to repeal Disney’s special status have accepted such “gifts” in the past. But for whatever reason, the political landscape has changed enough in recent years that it appears to many policy makers that it is now more politically rewarding to punish Disney rather than cater to its whims.

The situation has led to some strange political rhetoric and bedfellows. The GOP is now being accused of being “antibusiness,” while dissenting Democrats appear to have suddenly become laissez-faire capitalists, pontificating on the virtues of low taxes and leaving corporations alone to manage their own affairs.

Ultimately, the Florida-Disney relationship has nothing to do with efficiency or private property, and absolutely no one at the state capitol has ever regarded it as a model to be made available to business owners in general. The real core of the Disney arrangement is one in which a powerful corporation and the state engage in a mutually beneficial political relationship. It’s an old model. The kings of old also granted special monopolies and favors to special interests in order to solidify what we today call “public-private partnerships.” These arrangements help to win over key allies for the regime among the wealthy elites.

Choosing a Single Corporation to Favor over Others

To get a sense of how this works, let’s first look more closely at what privileges Disney enjoys in Florida. The special district, called Reedy Creek, was established in 1967 and allows the Disney corporation to function with no local government oversight on its San Francisco–sized property outside Orlando. The special status means Disney can issue tax-exempt bonds and build on the land without having to deal with any local government obstacles to development such as zoning laws. Supporters of the global conglomerate often describe this situation as some sort of favor to the taxpayers. For example, CNBC frames the special district as an arrangement “established by the Florida legislature so Disney could develop the infrastructure for Walt Disney World at no cost to Florida taxpayers.” In reality, of course, this infrastructure exists—and only exists—to funnel paying customers into Disney’s theme parks. It would be absurd, however, to expect taxpayers to pay for this sort of development under any circumstances. Ensuring private construction of infrastructure does not require a special state law written for Disney.

In the case of Disney, it is significant that this public-private partnership excludes Disney’s competition, and applies to a single corporation.  It’s not as if other private owners can access similar benefits simply by creating jobs or doing what Disney does. No, such benefits are reserved for Disney and Disney alone. Disney, of course, is fine with this arrangement and would surely lobby—and likely already has lobbied—to prevent any of its competitors from enjoying similar status. At least one GOP legislator has noted this in defending the new bill, pointing out that Universal, SeaWorld, and Legoland have not been granted—nor are they likely to be granted—their own special districts. And these three parks are just the existing competitors who could muster up the capital necessary to compete with Disney on an uneven playing field designed to favor Disney. It’s impossible to know how many other entertainment venues and private owners might have also existed had Disney not sucked all the air out of the local market with its special deal.

Consequently, Universal has operated at a disadvantage for its entire existence in Orlando. Unlike Disney, Universal must deal with local ordinances, local zoning laws, and can’t enjoy the benefits of tax-free bonds.

Reedy Creek’s control of its own zoning and building codes is the most important advantage Disney has among tourist destinations in Central Florida.

Take Universal Studios Florida, for example. Planning for USF began in the early 1980s, but it wasn’t until around 1986 that the plans for the park were officially announced. In what must have been a remarkable coincidence, Disney announced plans for their own movie-themed park in 1987.

It’s possible, of course, that Disney’s plans proceeded more quickly than Universal’s due to better internal management. But it’s also quite plausible—even likely—that Disney was able to push through its development at a much faster speed than its competitors due to its special legal status.

A Form of Modern Mercantilism

Nonetheless, these sorts of crony deals have their defenders among antitax and antiregulation activists. The argument is that since taxes and regulations are bad, then special deals for a tiny number of select groups or corporations must be supported. These people seem to believe that if Disney is granted a special district deal, then politicians are more inclined to grant similar deals to countless others. This is rather wishful thinking, to say the least, and no such thing is on the table.

Indeed, a special district law for Disney no more encourages or enhances freedom for others than would a law declaring that “siblings and first cousins of state legislators shall be tax exempt.” Yet one could imagine certain libertarians saying, “Well, this is a tax break, and shouldn’t we encourage tax breaks? Logic dictates we must support this ‘siblings and cousins’ law.” In reality, of course, tax breaks for friends of the regime doesn’t actually move us in the direction of lowering taxes of broadening the marketplace.

If anything, such deals enhance state power, and this is why mercantilism—the economic philosophy of absolutism—was built on special tax deals and on monopoly powers granted to selected corporations. Such deals are a way of consolidating support from powerful interests. The fall of Disney has nothing to do with any general principle of limiting state power. Rather, Disney’s fall from grace in Tallahassee is in the same category as the palace intrigues of old, in which some favorite of the monarch falls out of favor and his exemptions from select royal mandates—exemptions never available to ordinary people—are canceled.

In modern times, deals like the Disney deal are just corporate welfare schemes in the form of “economic development” policies, favored by governments for decades. These policies favor certain large, powerful businesses but won’t extend the same favors to smaller businesses and competitors. Then, the corporate shills and their friends in the legislature or city council take credit for “jobs created” as if the economy would not have grown had the laws not been written to favor a select few. These deals use phrases like “low taxes” and “free markets” but really have nothing to do with laissez-faire or free markets. They’re about sweetheart deals for the politically well connected.

Naturally, taken totally in isolation, it’s never good to raise taxes or enhance government control over a private enterprise, which Disney—for the most part—still is. But there’s an unseen factor here as well. The unseen is how much private enterprise has been prevented, stifled, and shunted aside by laws written to favor a single corporation. Just as the mercantilist private corporations of old—such as the East India Company—stifled private business in America and helped fuel the American Revolution, today’s beneficiaries of modern mercantilism do the same. How much would the public benefit from other competitors in the Orlando area? How much less might have consumers paid for tickets at Disney parks had Disney not been able to legislatively keep competitors out of the marketplace? We’ll never know.