Don’t Add Trains, Sidewalks, And Bike Lanes To Your City 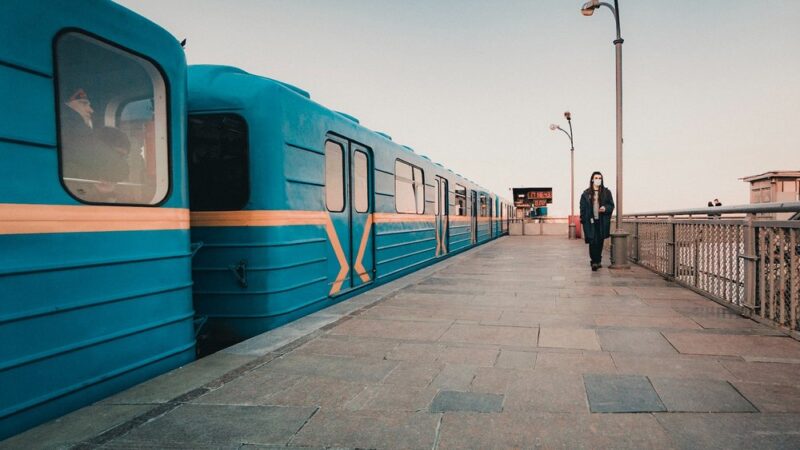 During our honeymoon last month, my newly minted husband and I ventured from Santa Fe, New Mexico, to Albuquerque in search of a burrito from Sadie’s, an infamous, 60-plus-year-old, family-run restaurant that Rob grew up frequenting with friends and family during the Albuquerque-based chapter of his high school career. Although a typical “Texas is best” Texan on most topics, it is on the topic of a proper burrito that Rob will graciously admit supremacy to another state. A proper burrito, he has explained countless times, is three things: plate-sized, stuffed with meat (leave rice and beans to Chipotle), and smothered (not topped) with red or green sauce; the burrito should hardly be visible.

This article was written by Tiffany Owens and originally published by Strong Towns.

Being a foodie myself, I’m always down for a food adventure, but this time, I was even more excited because we decided to go to Sadie’s by train. After decades of dispute, New Mexico opened a commuter rail in 2006. It currently runs 96 miles from Santa Fe to Belen, making about 15 stops along the way and serving around 1,800 passengers per day. Trains being my favorite way to get around, I was excited to show my husband the joy of reading a schedule, buying a ticket, hopping on board, selecting a seat, and gazing wistfully out the window for 90 minutes with nothing to worry about.

All of these micro-moments went quite well. We found the schedule easily readable on our phones, shook our heads in disbelief at the absurdly low (and subsidized) rate of $2.50 for a day pass, boarded without drama, and jumped up two floors to get an elevated seat from which we could see my husband’s favorite mountains: Mt. Taylor, the Manzanos, the Jemez (“hay-mezz”), and Sandia.

I grew up in car culture, but after having lived in NYC on and off for a decade and traveling solo around Europe for six months four years ago, I’m a passionate advocate for the genius of train and subway travel. I find them less stressful, safer, more fun and more social. Of course, I realize these are just points of personal preference, but when it comes to the land-use efficiency of trains, there really is no debate: trains can move huge amounts of people with a fraction of the land that highways require.

Trains might strike most Americans as a Europhile’s pipe dream, but what’s interesting is that America herself was once on track to being a country of a highly celebrated railroad network: By the late 1800’s, the U.S. boasted more than 160,000 miles of track. But sadly, since the Great Depression, our cities have been trapped in a Faustian bargain with State and Federal transportation-funding policies that elevate the car over more resource-efficient transit options, instead of letting them compete in an open market.

Despite the growing fiscal, environmental, and social costs of car dependency, it’s a fiercely uphill battle trying to re-establish a place in our cities for alternative, historically-proven models of transit, which is why I’m so excited when I see something like the RailRunner in operation. Plenty has been said about why America can’t have more trains, but one reason I suspect it’s hard to get them rolling is because many cities focus too much on trains and tracks. In other words, they hyper-focus on the mode of transit and forget that each mode needs a particular kind of ecosystem around it in order to flourish.

I’ve observed this with other kinds of transit innovations. For instance, cities that want bikeability focus on adding bike lanes. Those that want more walking focus on building sidewalks. But oftentimes these efforts fail to reach their intended purpose because advocates don’t understand that transit is a complex good: It can only really function if situated within a certain kind of built environment, within an ecosystem of other complementary goods and services.

Train stations situated close to shops, restaurants, hostels, and hotels accessible by foot exist within a train ecosystem. Biking works if plenty of relevant destinations are located within a 5–7 minute ride from home (meaning practical businesses need to exist within neighborhoods). Walking is a rational choice if destinations are close, the route is safe and pleasant, and if there’s a high chance of seeing other people walking, too.

I saw a successful type of train ecosystem demonstrated in Santa Fe. We found the train station nestled a stone’s throw from a restaurant and within minutes of walking distance to dozens of shops and historic districts. Passengers coming off the train could easily spend a few car-free hours shopping, dining, and sightseeing. For example, we arrived early, so we had enough time for me to pop into an (amazing) thrift store; hunt out a piece of pottery for my ceramics collection, pay, wrap it in tissue paper; and walk back to the depot with time to spare. So yes, Santa Fe has train service, but more importantly, the city has a train ecosystem that makes using the train pleasant, convenient, practical, and safe.

Our experience in Albuquerque could not have been more opposite. We deboarded the train at a transit center located close to an industrial district. No amenities existed at the station itself, not even a bathroom, a cold-weather booth or vending machine for snacks. (God help you if your train is delayed during a snowstorm!) After walking three blocks and waiting 10 minutes for a bus that never arrived, we ended up walking 15 minutes to Sadie’s up 4th Street, a stroad full of aggressively speeding cars. At one point, the sidewalk ended entirely and we basically walked in the street. It was a perfect case study in a city having a train service without a train ecosystem. Once we were out of the train, we were back in car-land, in an ecosystem designed for people in automobiles, not those on foot.

This perhaps became most evident after dinner. We opted to eat early in order to catch the right train back, so we finished around 6 p.m. With an hour to spare before the train, we scoured Google Maps hunting for a café, pub, or bookstore where we could kill time. This was when the car-centricity of the city became extremely clear. While we were surrounded by businesses, they were all closed, irrelevant, or inaccessible by foot. We resorted to sitting in the outdoor waiting room of the restaurant and calling a Lyft. Eventually, we gave up waiting for a Lyft and walked again, the same route, but now in pitch black, pausing nervously at intersections to hope that turning drivers could see us. I breathed a sigh of relief when we finally boarded the train.

The resilience and financial solvency of American cities demands more efficient land use and more innovative transit planning. City leaders reaching for solutions such as biking, walking, and public transit are moving in the right direction. But cities that are most effective at this will be those that think holistically. Don’t just add trains, bikes, and sidewalks. Realize that every mode of transit needs a certain kind of built environment, a certain kind of ecosystem to work. Putting biking, public transit, and walking infrastructure in an environment designed for cars is a no-win situation for drivers and for everyone else. Don’t just plan for new modes…plan for new ecosystems that take into account the complexity of the human experience, the various needs that emerge on a journey, and the transition from one mode to another.