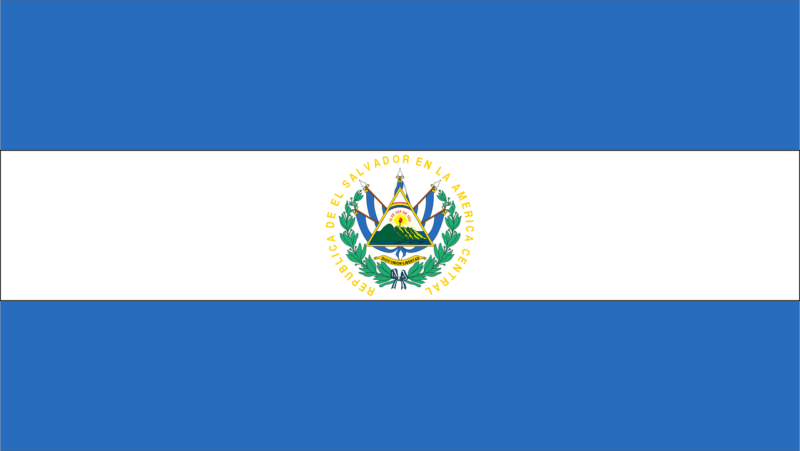 On Saturday, El Salvador’s president [Nayib Bukele] shook the Bitcoin world by announcing a plan to make Bitcoin legal tender in his country. Details will emerge over time, but even this early it looks like a very big deal.

This article was written by Peter St. Onge and published by Mises.org.

So I wanted to get some quick thoughts on paper.

First off, will it happen? Lots of bills are introduced about Bitcoin but few become law. In this case, however, President Bukele sports a 92% approval rating and has a strong majority in the Salvadoran parliament. He’s a right-leaning populist, so he has many enemies in media and abroad, but he seems very secure at home.

So, yes, it’s very likely to become law. We don’t yet know what pressure outside countries, especially the US, will apply—more on that below. But, for now, it looks very much real.

Okay, but is it a big deal? Critics are already laughing off El Salvador as a small and poor country. Of course, Google’s first 10,000 users looked silly compared to Yahoo’s millions. All revolutions start small.

For this revolution, there are two big implications for Bitcoin. First, even if just one country uses Bitcoin as legal tender, it could fundamentally change the regulatory and accounting landscapes worldwide that today stand in the way of much wider Bitcoin adoption.

Second, if Bitcoinization is popular among the Salvadoran people, it will likely spread to other countries in a long-anticipated “domino effect.” This could rapidly raise Bitcoin’s prospects of replacing fiat currency.

What’s El Salvador doing that’s new here? In 2016 Japan made a series of reforms that were widely misreported by journalists as making Bitcoin “legal tender,” but that actually made Bitcoin a “legally acceptable means of payment.” This distinction is very important and is the main way government monies handicap competitors.

To illustrate, if you lend somebody a Bitcoin in the US and they agree to repay you a Bitcoin, under the “legal tender” regime they can change their mind anytime and pay you in USD instead. So it’s long been “legally acceptable” in most countries to have contracts in Bitcoin (ask Russell Okung). But, legally, either party could insist on USD settlement.

If you’re American, you’ll recognize this dictate from the phrase “this note is legal tender for all debts, public and private,” inscribed on all US currency. And it’s the key mechanism that forces people to use government money under certain circumstances like the payment of debts. Meaning that if a competing media, like Bitcoin, can also stand as a legal tender, then now you go from monopoly to competitive currencies—the ultimate cage fight on equal footing.

So, yes, El Salvador is breaking fresh ground. It’s a true legal tender law, and given El Salvador is dollarized and doesn’t even have a national currency, the country is more likely to treat Bitcoin on an equal regulatory footing as its existing legal tender, the US dollar. For once, Bitcoin may get a level playing field.

What will Bitcoinization mean for average Salvadorans?

The country today is, indeed, poor, and has an underdeveloped financial system, with 70% of the population unbanked. Moreover, the Salvadoran economy is dominated by migrant remittances, which make up fully 22% of El Salvador’s GDP—about the same as oil’s contribution to Saudi Arabia’s national income.

These factors—unbanked population, remittances, and dollarization—combine to make El Salvador a perfect case study for Bitcoinization. After all, international remittances are one of the clearest use cases for Bitcoin; today, these remittances cost over 6% in fees—closer to 9% in sub-Saharan Africa—but can reach “upwards of 20%” for smaller amounts.

Indeed, President Bukele emphasized remittance fees in his legal tender announcement, noting that “[b]y using Bitcoin, the amount received by more than a million low-income families will increase in the equivalent of billions of dollars every year.”

So it’s a smart move. Next up, how will it affect regular Salvadorans? A key here is El Salvador’s close partnership, now deepened, with payments firm Zap and their Strike app. Strike works like Venmo or PayPal but, instead of holding US dollars on your behalf, Strike holds Bitcoins. So the process is as easy as using Venmo or Apple Pay, and Strike’s fees are fractions of a penny—far lower than a credit or debit card might charge.

As important as payments are for regular Salvadorans, the bigger impact from changing a nation’s money is impact on savings. Given El Salvador has lacked a national currency for 20 years, all domestic savings are in foreign currencies, particularly in the US dollar that is, after all, El Salvador’s single existing legal tender.

Will all those dollar holders swap for Bitcoin if the legal tender “playing field” is leveled?

I would guess in the medium term, most Salvadorean savings do not swap for Bitcoin. For the paradoxical reason that, because Bitcoin is a superior store of value to the US dollar, it enjoys enormous speculative interest that remains vulnerable to noise, whether from regulatory threats or unstable billionaires.

In practice, Salvadorans will probably mentally break their savings into medium-term savings and long-term savings. In other words, the money you’ll need in the next 2 or 5 years vs. the money you’re setting aside for a decade or longer—for retirement, or for your kids.

For those medium-term savings, most Salvadorans will probably keep the majority in the relatively stable US dollar, while long-term holdings will care more about the superior returns of Bitcoin, even with the roller coaster. We could only guess the proportion, but for scale perhaps 20% of savings go into Bitcoin over the next decade.

At that scale, if Salvadoran uptake of Bitcoin means transaction demand plus, say, 20% of savings, then, considering El Salvador’s population, GDP, and probable money supply, you might be talking about $5 billion over next decade going from US dollars to Bitcoin. About a 1% bump for Bitcoin price, spread over a decade.

Not large by itself, but that’s where the rest of the world enters the picture.

A key question will be what, if any, “domino effects” come from El Salvador’s move. There are several effects that are pretty interesting, and that get bigger if and when more countries join in.

First, if Bitcoin is recognized as a legitimate currency, which is the custom for legal tender monies, then central banks may open up to holding part of their reserves in Bitcoin. For a sense of scale, if central bankers were to hold Bitcoin like they hold gold today, which notably is not legal tender anywhere, that’s roughly $2 trillion.

Now, this probably won’t happen first in large, conservative central banks like the Federal Reserve or ECB [European Central Bank], rather you’d want to look at other emerging countries. Which countries?

And this brings us to the 800-pound gorilla: Will other countries follow El Salvador to Bitcoinization, and in what ways?

The key will be how Salvadorans themselves come to see the reform. After all, politics is the art of finding a parade and getting in front of it. If Salvadorans see Bitcoinization as a good thing, other people will notice. If not, it’s back to the drawing board.

So there is a lot riding on El Salvador, especially on Strike’s team, which happily includes some of the smartest and most altruistic people in Bitcoin, such as Adam Back.

Zooming in on specific countries, if Salvadoran Bitcoinization goes well, who are the most likely next dominos? We might focus on countries in four categories:

Taken together, these and similar countries make up a majority of the world’s population. Not so laughable anymore.

Now, long before any of these “dominos” come—indeed, even if no other country follows El Salvador—this reform alone could bring enormous improvements to the regulatory environment worldwide that has so far handicapped Bitcoinization as a medium of exchange.

The excellent Caitlin Long surveyed some of these potential changes in a thread today. In sum, she thinks there is a good chance this transforms Bitcoin into a foreign currency for regulatory purposes. Which could set in motion a number of important changes.

First, that firms can treat Bitcoin as cash for accounting purposes, which removes the accounting nightmare of dealing with taxable events with unclear bases in your firm’s unit of account.

Second, if Bitcoin is treated as a foreign currency, it automatically goes on the same banking footing as, say, Canadian dollars held by a US bank. The discriminatory regime that restricts financial access for Bitcoin-related businesses could be removed in a stroke.

A third question is capital gains; foreign currencies held for investment purposes do pay capital gains, but it’s unclear whether the above accounting changes might make Bitcoin tax compliance easier for firms.

Finally, if Bitcoin is a foreign currency, then the likelihood that it will get effectively outlawed declines substantially, while the more sci-fi scenarios of coordinated worldwide bans become even less likely.

So, taken together, and long before any other countries follow El Salvador to Bitcoinization, we could see a dramatic improvement in the regulatory and accounting treatment of Bitcoin.

This alone could lead to much higher demand and, therefore, much higher Bitcoin prices. Higher prices that would, in a beautiful irony, benefit the very Salvadoran people who contributed to them: a fitting reward for being “first movers” in declaring monetary independence.

Now, what could go wrong?

I imagine many bureaucrats in Washington or Brussels are working this Sunday asking not what could go wrong, but what they could make go wrong. How to stop this.

At the same time, I also imagine El Salvador’s announcement caught them off guard, and they don’t yet know what to do.

The fastest play for a country like the US is to use existing anti-money-laundering regulations (AML) to threaten Salvadoran banks, perhaps accusing them of enabling narcotraffickers or, given the news cycle, ransomware hackers.

If the media plays along—Bukele is an enormously popular right-wing populist, so not a stretch—then they could frame the narrative as dictator trying to partner with cartels and hackers. If the media does go down this route, I hope they’re very clearly called out by Bitcoiners who smell the bullsh*t.

Still, the good news is that one should never underestimate the incompetence of a government caught by surprise. Bitcoin regulation inside the US is very much contested territory, a kind of regulatory no-man’s-land as various agencies do battle with little resolution in sight. Indeed, this lack of oversight has been frustrating for domestic firms who would like a bit more legal certainty than US regulators appear ready to share.

For the sake of the Salvadoran people, indeed for all those for whom Bitcoin offers a path to freedom, let’s hope enough regulators remember what drew them to public service in the first place: comforting the afflicted, not destroying them on behalf of the corrupt.