Fed Inflation Fight? We’ll Believe It When We See It! 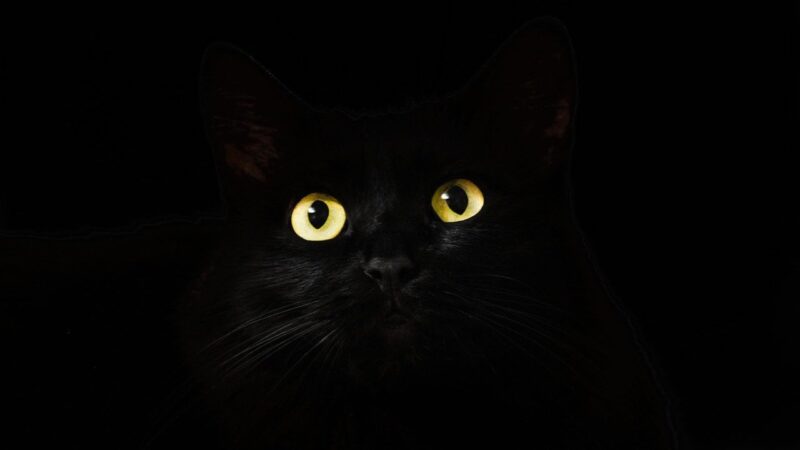 The Federal Reserve has supposedly gone to war with inflation and Fed chair Jerome Powell has allegedly turned into a hawk.

We’ll believe it when we see it.

And when you really step back and look at Powell’s posture coming out of this FOMC meeting, you got the same old dove.

Although this dove is still talking about fighting inflation. But if you actually listen to what he’s saying, what is his battle plan for this war against inflation — again, it’s pretty much the same battle plan he had when there was no inflation. So, how can this be serious?”

Despite all the talk, the taper isn’t off to a very impressive start. The Fed continues to pump up its balance sheet at breakneck speed.

Schiff isn’t the only one skeptical of the Fed’s commitment to fighting inflation. Mises Institute editor Ryan McMaken made a similar point, writing “The Fed is still thinking the way it has thought for the entirety of the twelve years since 2009, when today’s QE experiment began. In that view of the world, it’s never the right time to end unconventional monetary policy.”

Like Schiff, McMaken thinks despite all the talk, the Fed will ultimately maintain the status quo and keep the easy money spigot open.

The following article by Ryan McMaken was originally published at the Mises Wire. The opinions expressed are the author’s and do not necessarily reflect those of Peter Schiff or SchiffGold.

If you did any Fed watching this week, you probably heard all about how Jay Powell has turned (or perhaps returned) to hawkishness, and how the Federal Open Market Committee is all about fighting price inflation now.

A particularly cartoonish version of this claim was written by Rex Nutting at MarketWatch, who declared, “Everyone’s a hawk now. There are no doves at the Fed anymore.” He wrapped up with “This means that inflation no longer gets the benefit of the doubt. It’s been proven guilty, and even the doves will prosecute the war until victory is won. For the inflation doves at the Fed, Nov. 10, 2021, was bit of [sic] like Dec. 7, 1941: Time to go to war.”

This reads like a parody, so I’m still not 100 percent convinced this writer isn’t being sarcastic. But one will find no shortage of articles making similar claims throughout the financial media—albeit in a less over-the-top fashion.

We’re told about the “Jay Powell pivot” and how the Fed will even soon be “normalizing.” Let’s just say I’ll believe it when I see it. In fact, the evidence strongly suggests the Fed is still of the thinking that only a few tweaks will set everything right again. All that’s needed is a slight slowdown in quantitative easing (QE), and maybe an increase of fifty or a hundred basis points to the federal funds rate, and happy days are here again.

That’s been the reality for more than a decade. And there are no signs that the Fed is “pivoting” away from that any time soon.

Political Pressure to “Do Something” about Price Inflation

Although the Fed exists in its own reality, there is no doubt that the political situation in the real world has changed. In spite of countless efforts by the administration and members of Congress to blame inflation on “corporate greed” and “logistics,” the less gullible among us know that monetary policy has had at least something to do with rising price inflation.

Even your average elected official—who knows nearly nothing about monetary policy or the Fed—is likely experiencing a very dim and slow realization that a decade of QE and money printing is one of the culprits. So, when Jay Powell’s on Capitol Hill, the politicians want to hear him say he’ll do something to fix inflation. We shouldn’t be terribly surprised when Powell and other Fed governors say that yes, they’ve got inflation in their sights.

What the Fed Actually Said

So let’s look at what the Fed says it’s going to do. According to Wednesday’s Federal Open Market Committee press release:

The Committee seeks to achieve maximum employment and inflation at the rate of 2 percent over the longer run. In support of these goals, the Committee decided to keep the target range for the federal funds rate at 0 to 1/4 percent. With inflation having exceeded 2 percent for some time, the Committee expects it will be appropriate to maintain this target range until labor market conditions have reached levels consistent with the Committee’s assessments of maximum employment. In light of inflation developments and the further improvement in the labor market, the Committee decided to reduce the monthly pace of its net asset purchases by $20 billion for Treasury securities and $10 billion for agency mortgage-backed securities. Beginning in January, the Committee will increase its holdings of Treasury securities by at least $40 billion per month and of agency mortgage‑backed securities by at least $20 billion per month. The Committee judges that similar reductions in the pace of net asset purchases will likely be appropriate each month, but it is prepared to adjust the pace of purchases if warranted by changes in the economic outlook.

There are a few takeaways from this, none of which suggest any radical departures from the status quo.

The first is the Fed is still very much wedded to its totally arbitrary, made-up, and novel notion of maintaining 2 percent inflation.

Second, the Fed plans to keep the target federal funds rate unchanged, at 0.25 percent. In other words, they plan to keep it where it’s been since March of 2020. The Fed is still on a crisis-stimulus footing as far as the target rate is concerned. What the Fed Plans for the Future

But what does the Fed have planned beyond January? The answer is: nothing that could be termed a real “pivot” or departure from the recent past.

On this, Robert Armstrong at the Financial Times perhaps has one of the savvier views. He concludes that Powell pivot “is a tactical tweak by [the] Fed that remains very dovish indeed.”

All this talk of the Fed’s turn away from claiming inflation is “transitory” misses the point, Armstrong points out. The term is gone, but the strategy at the Fed is still the same—which means they really still embrace “transitory” in practice. Supporters of the “Powell pivot” thesis point to the Fed’s so-called dot plot, which reputedly shows what Fed board members think is in store for future rate hikes. Rates in the latest dot plot ticked up slightly, but hardly in any way that suggests a big change. Armstrong continues:

It is true that the dot plot … unambiguously shows the Fed eyeing higher rates sooner. As telegraphed, the Fed is acknowledging short rates will need to rise somewhat to hedge against persistent inflation. That is evident in the 2022 and 2023 dots. But the median forecast for rates in 2024 nudged up only a bit, from 1.75 per cent to just over 2 per cent. The longer run dots have stayed the same. In the background is the very clear fact that the committee thinks, with a high level of unanimity, that a short raising cycle, topping out at 2.5 per cent, will ensure that inflation is transitory. The committee’s median projection is that personal consumption expenditure inflation in 2022 will be 2.6 per cent, and it is unanimous in thinking that in 2023 it will be barely above 2 per cent. That is, above target inflation will last about a year. Everybody, say it together now: transitory!

As we can see above, a target rate of 2.5 or 2.6 percent is not a departure from the past decade. During that time, the Fed only dared raise the target rate to 2.5 percent, and it was then that the US started to run into some serious signs of trouble such as the repo panic of late 2019.

The fact this is all very tame is reflected in the market itself. The Dow surged after Powell’s supposedly hawkish remarks on Wednesday. And the bond market has barely budged. A look at this week’s yield curve shows as much: yes, some short-term yields are up, but in the longer term, all is calm. Almost nobody is actually expecting significant increases in yields beyond the next couple of quarters. And why should they? The Fed gives us no reason to think so.

And finally, there is the issue that rarely gets mentioned: the regime itself wants to keep borrowing at very low interest rates. Yet the federal government continues to add to the national debt at breakneck speed. That means a lot of deficit spending, which means the feds need to sell a lot of bonds, which leads to upward pressure on interest rates.

The US government isn’t alone in this, of course. Even the International Monetary Fund now warns about “interest rate risks,” noting that global debt surged hugely in 2020, with half of that being government borrowing. But all this means the Federal Reserve will have to continue to be on hand to buy up Treasuries if it’s necessary to keep federal interest payments low. So, we shouldn’t expect any dramatic moves toward higher rates or any sell-offs of Fed assets.

The real mystery now lies in how little tightening will be required to send the economy into a recession or the markets into a downward trend. For now, that remains a total unknown.