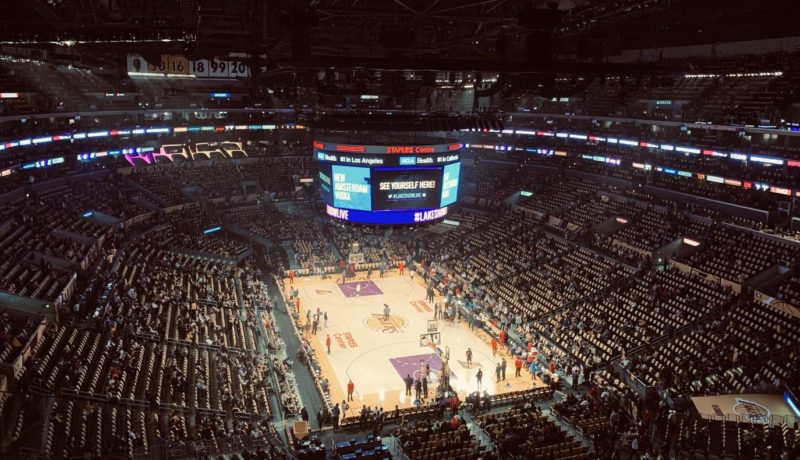 With the NBA’s 75th anniversary season beginning, Lakers fans should be excited about the team’s chances of winning another championship. Whether you’re a lifelong fan ready to watch the team hang another banner, or you’re new to the sport and don’t know where to start, these are five games that all fans should have circled on this season’s schedule.

Nov. 17th vs. the Milwaukee Bucks

LeBron James vs. Bucks’ star Giannis Antetokounmpo is always a big matchup, but this is the first matchup between the teams since Giannis and the Bucks claimed their first NBA title in 40 years. Every team wants to see how they compare against the reigning champs, and the star power between these teams will surely produce one of the most exciting games in the early months of the season.

A surprising playoff berth last season has Knicks fans even more optimistic about this season, but the main reason Lakers fans should be excited for this game is LeBron James and the show he typically puts on in Madison Square Garden. The Basketball Mecca is always the site for major performances and adding new Laker and former Knicks’ superstar Carmelo Anthony to the mix is going to make for an even more memorable game.

Dec. 25th vs. the Brooklyn Nets

Christmas Day has become an unofficial NBA holiday with the league arranging several high-profile and star-filled matchups to celebrate. In the middle of this year’s five-game day, the Nets head into LA to battle the Lakers in what many predict could be an NBA Finals preview. Both teams view themselves as top championship contenders, and this will be the first time this season that they face-off, with stars like LeBron James, Anthony Davis, Russell Westbrook, Carmelo Anthony, Kevin Durant, and James Harden guaranteeing an unforgettable holiday matchup.

These two teams will play throughout the season, but February 12th is likely the first matchup between the two teams that will feature Klay Thompson, the Warriors sharpshooter who’s missed two seasons with unfortunate and unlucky injuries. The Warriors were coming off one of the most successful stretches in modern NBA history until injuries and the departure of Kevin Durant to Brooklyn sent them quickly to the bottom of the league. Healthy and re-loaded with young talent, this will be a huge matchup between two Western Conference superpowers looking to establish dominance.

March 3rd vs. the LA Clippers

Crosstown rivals, the Lakers and Clippers play several times every season, but this matchup is the last regular-season matchup between the two teams, meaning it’s likely going to be more important with playoff implications for both teams likely hanging in the balance. The Clippers will likely be without Kawhi Leonard as he recovers from off-season ACL surgery, but Paul George and a team of talented young players will look to continue their way out of the shadow of the “Big Brother” Lakers.

The Lakers have high hopes for this season and for good reason, but a packed 82-game schedule with every team having young players on the rise or established stars will make for some tough matchups throughout the year. These five games though will prove as strong indicators of just how high of expectations the team, and its fans, should have.