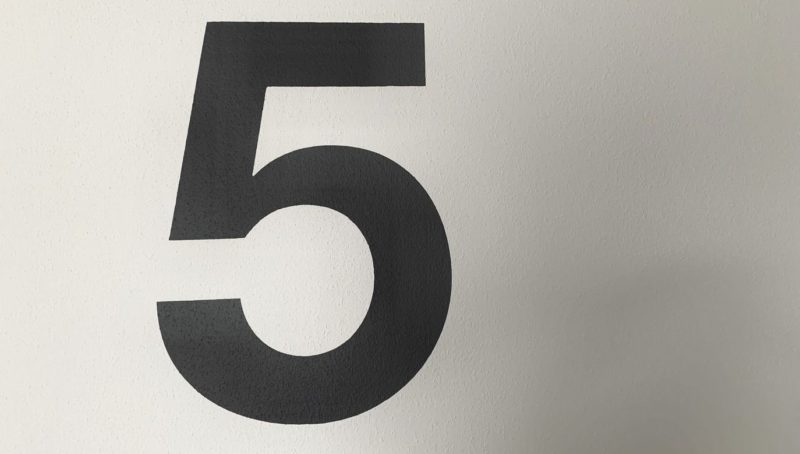 As investors rush to pile into the stock market, there are 5-signs they may be getting too bullish. Such was a point we touched on in this past weekend’s newsletter:

This article was written by Lance Roberts and published by Real Investment Advice.

“Every week it feels like we get a new headline about financial markets doing something unusual. Just this week we’ve had:“

“All of which begs the question: are we in a bubble?”

Whether or not you think the market is in a bubble is mainly irrelevant. What makes a market function is a group of investors willing to buy assets at any price and those that think they are wrong.

As we have noted previously, valuations, by themselves, are a terrible timing metric. However, they tell us a great deal about expected future returns and current market psychology. Moreover, given valuations reflect a buyer’s willingness to pay increasing premiums for equity ownership, psychological exuberance is evident.

Last week, I visited with Charles Payne on Fox Business, where we discussed market risk. In that discussion, I followed the consistently bullish Brian Belski, who says stay invested as we head into 2022. However, my views are a bit less optimistic, and as Charles notes:

“There are some people who are invested but are making the case that risk has really grown, and we should be paying attention.”

That is correct. While markets have had an outstanding year in 2021, there are 5-specific reasons why investors in the stock market should consider reducing risk heading into 2022.

On August 17th, we discussed taking profits and reducing risk in portfolios, given the rarity of the stock market having 6-consecutive months of positive returns.

“Currently, there is no concern about ‘risk’ in the financial markets as the ‘bullish bias’ remains unfettered. It is certainly possible the market advance can continue unabated into one of the historically lengthier stretches. The only question is when will it end, and how big of a correction will it be?“

In September, we found out as the markets declined by 5%, and CNBC was running daily “Markets In Turmoil” headlines. That month-long correction worked off much of the excessive bullish sentiment and aggressive equity positioning at the time.

By the end of September, stock market sentiment was negative enough to increase equity exposure in portfolios. But, of course, that suggestion got met with much criticism at the time.

“With the markets now deeply oversold on a short-term basis, we deployed some of our cash throughout the week to rebalance the portfolio toward normal allocation levels.”

Over the last month, investors pushed the stock market to extremely overbought, extended, and deviated levels. Currently, the deviation from the long-term bullish monthly moving average is at the most extreme since 1997. Furthermore, the stock market is now highly overbought, which has typically preceded more significant market corrections.

Furthermore, with investors aggressively allocated to equities, the risk of “panic selling” would fuel a deeper correction. The “fear/greed” gauge below gets constructed of various measures of investor allocation, including the AAII, NAAIM, and Investors Intelligence measures. Previous market peaks occurred with readings above 90. The current reading is 93.6.

3) Driving With Your Eyes Closed

Investors in the stock market often discount the risk of something going wrong. We have previously equated this to “driving with your eyes closed.” If the road is very straight, you may be able to avoid an accident for a while. However, the longer you keep performing such a feat, the risk of an accident rises exponentially.

The same holds with investors. As the market rises, investors begin to discount the risk of a correction. The longer the stock market increases in price, the greater the risk of an eventual reversion becomes.

Currently, investors believe the risk of a correction is non-existent as the volume of protective “put” options has plunged to a new low.

As shown, when investors previously lacked portfolio protection, they often quickly learned to regret it. However, those lessons get quickly forgotten during a bull market.

However, it is essential to remember that one of the most potent forces in the stock market is “mean reversions.”

It will likely be wise to pay attention to the road ahead.

As I noted in my conversation with Charles, everything in the market is cyclical. Currently, earnings are surging, supporting the idea of overpaying for equity ownership. However, economic growth is slowing, and the year-over-year comparisons will become exceedingly more difficult next year.

The chart below is the Economic Output Composite Index. The index comprises the CFNAI, Chicago PMI, ISM Composite, the Fed surveys, Markit Economic Index, Markit PMI, NFIB, TIPP Confidence, and the LEI. In other words, this indicator is the broadest indicator of the U.S. economy there is.

The index just peaked at the second-highest level on record. Given the cyclicality of economic data, such suggests a weaker cycle heading into 2022. Importantly, noted the high correlation between the index and the annual change in earnings.

5) Supports Are Going Away

If all things remain equal, then a bullish outlook heading into 2022 is not out of the question. However, as we discussed in “3-Things That Will Warn You:”

“The question I get most often is ‘when is the next bear market?’ There are three specific items that tend to predict bear markets and recessions with some accuracy.”

Currently, the yield curve is flattening but not yet inverted. The Fed is not hiking interest rates yet.

However, they are starting to taper their balance sheet, which historically leads to the other two.

“The risk of a market correction rises further when the Fed is both tapering its balance sheet and increasing the overnight lending rate. What we now know, after more than a decade of experience, is that when the Fed starts to slow or drain its monetary liquidity, the clock starts ticking to the next corrective cycle.”

Does any of this mean you should sell everything and go to cash? Of course, not.

As John Maynard Keynes once quipped:

“The markets can remain irrational longer than you can remain solvent.”

But you can take control.

The biggest mistake that investors make in the stock market over time is failing to manage investment risk. I have found over the years, the concept of “gardening” tends to resonate with individuals when it comes to portfolios management.

Investing has a lot of similarities to gardening. In the “Spring,” it is time to till the soil and plant your seeds for your summer crops. Then, of course, the ground must be watered and fertilized, and weeds pulled. Otherwise, the garden won’t grow. Then, as the “Spring turns into Summer,” it’s time to harvest the bounty the garden has produced and begin to rotate crops for the “Fall” cycle. Eventually, even those crops must get harvested before the “Winter” snows set in.

Therefore, to have a successful and bountiful garden, we must:

Just like all things in life, everything has a “season” and a “cycle.” When it comes to the stock market, the seasons are dictated by “technical constructs.” The long-term “cycles” are dictated by “valuations.”

Currently, as noted above, the “technical constructs” are warning us we are late into the “Fall,” and “Winter” is approaching.

Such is why we are taking action to “tend to our garden” now. By doing so, we can get prepared for the first “cold snap” of winter.

By Chris Carnicelli | December 1, 2021
Posted in I Read It On The Internet