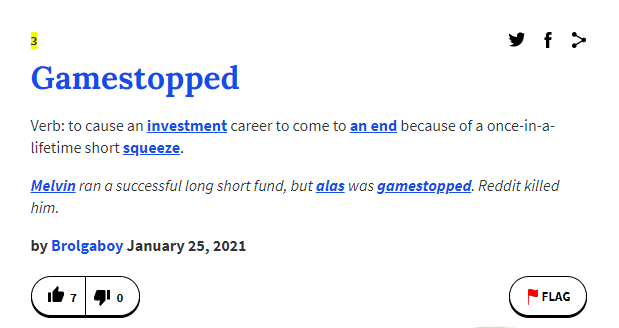 Last month, we got an email from a subscriber who noticed some overlap between the stocks that he saw on r/WallStreetBets and our top names list. He noted that our site and WSB had both been bullish on AMD and Penn National Gaming (PENN), and predicted GameStop (GME) would soon end up our list:

(This article was written by David Pinsen with Portfolio Armor).

I’m seeing a direct correlation from some of the names on your list and the r/wallstreetbets.

Names that pop up in there usually seem to appear on your list a day or two later.

Could you write a piece about why you think that is and why your top names might be affected by “meme stock” buying frenzy that happens in there?

For example. I predict GME will appear on your list by today’s close or possibly this week. They have been pumping GME hard and now that Ryan Cohen has upped his stake in the company it’s beginning to pay off for those that got in on it. I sadly did not.

Sadly, it didn’t make our top names list either. We got that email on December 23rd; between then and Tuesday’s close, GameStop was up another 619%. 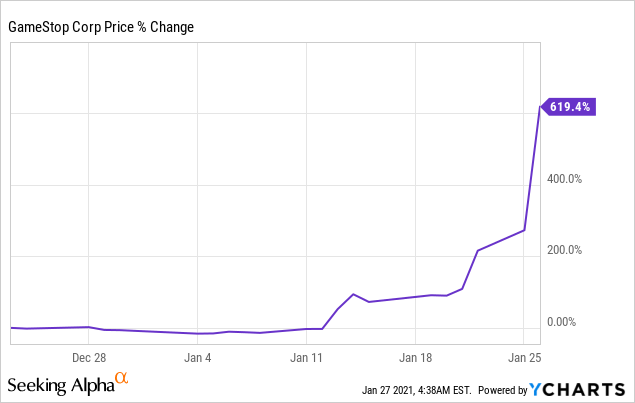 Let’s talk about what’s going on with GameStop, your clever idea to buy puts on it, and why it never made our top names. We’ll close with possible consolation prize: a small cap with a parabolic chart that did make our top names.

Striking Back At The Establishment

In a post earlier this month (The Establishment Strikes Back), we wrote about how the capital wing of establishment cracked down on Trump and his supporters. One motivation behind WallStreetBets’ short squeeze/gamma squeeze is of course to make money. But another apparently is to strike back at the establishment. One cynical tweeter tied the two points neatly together:

The Cohen he refers to there is Stephen A. Cohen, whose Point72 Asset Management, along with Citadel, had to pour additional billions into Melvin Capital as Melvin got GameStopped.

WSB poster “Consygiere” expressed similar sentiments in a popular post on the board early Wednesday:

This is not about $GME anymore, this is about setting terms straight:

Retail does not want to be manipulated anymore.

For decades Wall Street was manipulating securities, getting away with it, and blaming it on others. Through the media, bullshit target prices, naked short selling, or other forms of manipulation mentioned here (Kenneth, this one‘s for you). Citadel and many other MMs – don’t misinterpret with Market Makers, we’re talking about Market Manipulators here – got away with their dirty tactics to make shitload of money and screw people over. They finally got caught in their own game and tried everything to turn it around, but Shitron didn’t work, the media didn’t work, more aggressive selling didn’t work. Now they’re calling through some random crooks for regulations.

BS. Regulation for what? Exchange of ideas? Our own Due Diligence? Winning against you in your own game? Yeah, in most cases your buddies at the SEC would gladly do so if you tell them anyway. This time though? People finally came to the realisation what the hell you guys are doing over there. It was known by many since 2008 but people forgot quickly, and now is the time to remind them that you are no one else’s friend but your crooked buddies.

What’s Next For GameStop?

As I type this, it’s already up another 100% in the pre-market. In the immortal words of WSB poster “SDBcop”, “We can remain retards longer than they can stay solvent”. 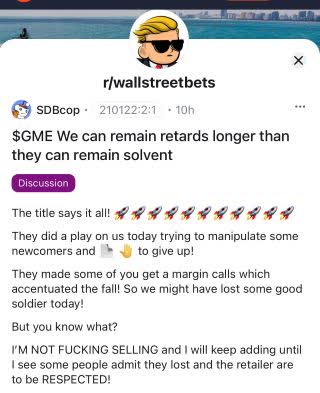 So You’re Thinking Of Buying Puts On It

That seems like a clever idea, right? The bubble’s got to pop at some point, and by buying puts instead of just shorting GME like the morons at Melvin did, your downside risk will be limited to the cost of the puts. True, but have you checked the cost of puts on GameStop? On Tuesday, if you scanned for the optimal, or least expensive puts to hedge against a decline of up to 63% on GME over the next six months, you got this error message: 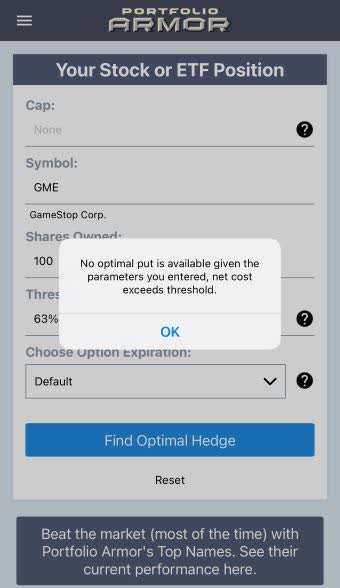 This and the subsequent screen capture are via the Portfolio Armor iPhone app.

You got that error because the cost of hedging against a greater-than-63% decline in GME over that time frame was itself greater than 63% of position value. The smallest decline you could hedge against this way was a decline of >64%.

And as you can see there, the cost of that hedge as a percentage of position value was a whopping 61.46%.

In a nutshell, the cost of the puts has been too high for us, throughout this parabolic move. Our system looks at the costs of out-of-the-market puts and calls on securities in part to gauge options market sentiment on them, and in part to make sure they can be cost-effectively hedged. All else equal, Redditors bidding up the price of OTM call options on GME was bullish with respect to our gauges of options market sentiment, but the rising cost of GME’s OTM put options outweighed that for us. 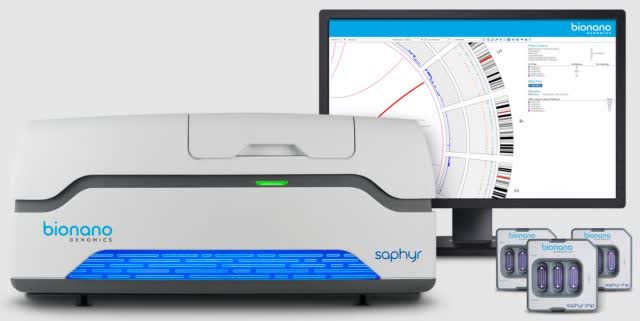 Each trading day, our system selects the ten names it estimates will perform best over the next six months. Usually, these include large cap stocks, but last month we picked up a couple of small caps, Nano Dimension (NNDM) on December 11th, and Ampio Pharmaceuticals (AMPE) on December 17th. By late December, both were up big, as we wrote at the time (“Big Gains From Small Names“). As of Tuesday’s close, AMPE was down about 4.5% since it hit our top ten, but NNDM was up about 154%. 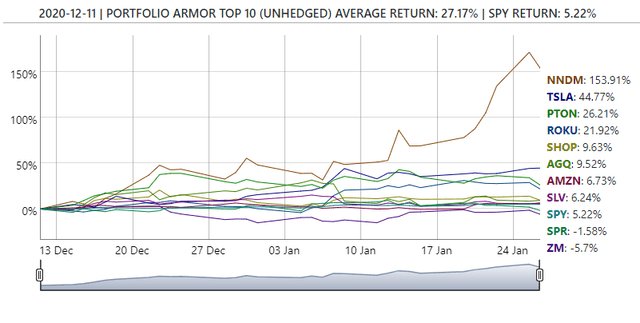 Our top names from December 11th (image via Portfolio Armor).

Last Thursday, another small cap name hit our top ten: Bionano Genomics (BNGO). Since then, it’s up more than 47%. 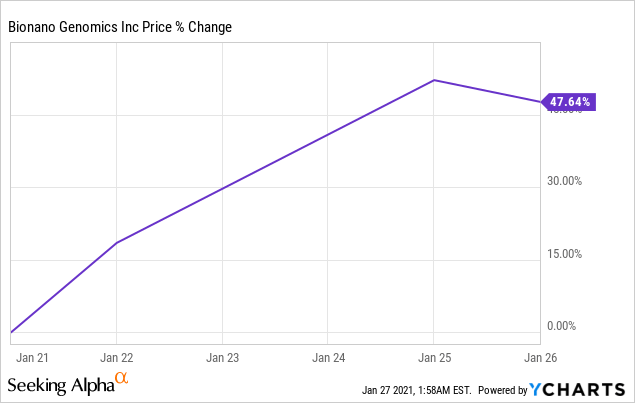 Bionano popped up on our top ten again on Tuesday, suggesting the stock has more room to run. Unlike GME it can be cost-effectively hedged, so if you decide to buy it, consider hedging in case we end up being wrong about it.