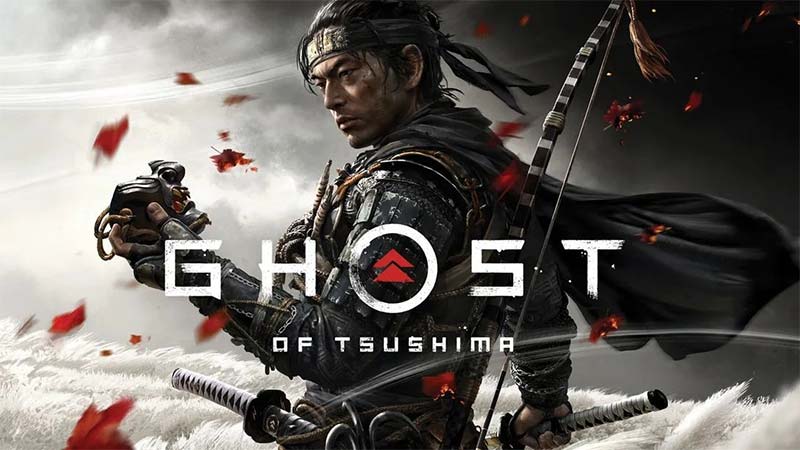 The rise of Samurai games from 2017 till now has been truly amazing as we have had so many heavy hitters either taking the Souls-style approach to gaming with the Nioh series or a merger of that with classic titles like Tenchu Stealth Assassins with last years critically acclaimed Sekiro: Shadows Die Twice, and even the remaster of the Capcom classic Onimusha: Warlords which took the Resident Evil formula and modified it into a classic series that’s effectively been dormant since 2006. So what’s the next bastion in the Samurai genre of gaming? Well aside from the Warriors games from Koei Tecmo which I won’t speak on here; is a new IP from developer Sucker Punch Productions called Ghost of Tsushima which was originally announced in 2017 and has for the last few years been pretty mum on what it exactly is until 2020 when it was shown in great detail and the released date was pushed back a few times. Ghost of Tsushima looks to take the Samurai genre of gaming to the next level with a seamless open-world experience with an in depth combat system based in real world kenjustsu or swordsmanship, and based in a historic time period of Japan where the Mongolian Empire attempted to invade Japan. That’s a lot to undertake from a studio that has never touched a Samurai style game which leaves us with the question of if Ghost of Tsushima is able to excel the genre into the next echelon or is Sucker Punch too ambitious for their own good and unable to deliver their vision in video game format?

Story
The story of Ghost of Tsushima stars lone Samurai Jin Sakai on the island of Tsushima in the year 1274 as he is one of the island’s last known samurai during the first Mongol invasion of Japan. During this time, the Mongol Empire had been conquering country after country with their weaponry and military tactics that were unknown to all whom encountered them. With the Mongols setting their sights on conquering Japan and pillaging the land, all that stands between them and conquest is Jin who is the last surviving member of his clan.

Jin struggles to maintain the way of the samurai and the code of Bushido as he comes to the realization that the ways of the sword that he has been trained in are ultimately ineffective against such a ruthless and barbaric force and thus he must learn the ways of the Ghost which is a fighting style that is unconventional in the face of traditional kenjustsu and use it to defeat the Mongols and protect the island of Tsushima and ultimately the entirety of Japan.

Gameplay
The best way to describe the gameplay is that it’s an amalgamation of Assassins Creed, Nioh, Tenchu, and Genji: Dawn of the Samurai. The game is open world and honestly makes you wonder why UbiSoft never made an Assassin’s Creed in Japan as this game honestly scratches that itch and then some with its truly living and breathing world with so many interesting people to meet and interact with, breathtaking vistas to see, enemies to kill, and so much more.

One word of advice I have for you is to please TAKE YOUR TIME with this game! There is absolutely no need to rush through this game as while you can beat this game within 45 hours or so if you go after just the main story; the amount of side quests you can experience will extend that gameplay bay another 70-100 hours or more. There is simple so much to explore and experience in this game that you’ll find yourself immersed in the world and losing track of the hours that pass.

The gameplay in Tsushima is very fun and fluid while being focused on fluid swordplay. You’ll find battles unfolding in incredibly life like battles that have you switching your stance on the fly to acclimate both to the environments you’re in as well as the enemies that you’ll be facing from bandits, samurai, ronins, and the main villain’s being the Mongols. You have a fast attack, heavy attack that you can charge, and can block which allows you to parry attacks. The various stances that you have vary from being effective against one on one fights as well as one vs many and even unlock stances from defeating various Mongols that allow you to take on shield bearing enemies, spear wielders, and more as you switch on the fly in mid combat.

One thing you may be concerned about given how a lot of games like this typically operate is how enemies typically go after you one by one and not all at once making combat feel predictable with how conservative enemies are at attacking you; Ghost of Tsushima refuses to adhere to this gameplay troupe by having enemies being relentless in how they want to cleave your head from your shoulders by going after you in massive groups often times forcing you to run and hide where even if you hide they will continue to hunt you down. This is probably the most realistic enemy AI I have seen in a game thus far.

Then there’s the Ghost tools that are not as honorable to use such smoke bombs, kunai, black powder bombs and more that give you an upper hand in combat. The best way to describe the Ghost mechanic is that it’s psychological warfare to strike fear in your enemies by utilizing either stealth to kill as many enemies as possible or utilize theatrical and brutal killings.

The standoff mechanic allows you to issue a challenge to your opponents and is a way to gain resolve points which allow for special attacks and is very much rooted in the real-life way that Samurai fought in feudal Japan.

Duels are one on one with you and the boss utilizing everything from your kenjustsu, kiai, and swordsman spirit. Duels feature different camera angles to give you a cinematic view of your battle with the bosses that you are engaging in and because of how duels are handled, you won’t have access to the Ghost mechanics and tools.

You can do various minigames such as following characters to shrines, writing Haikus, and even practicing Iaido by cutting bamboo which boost your various stats.

The skill tree system is incredibly in-depth with options to help with exploration, stealth, Ghost methods and more. There’s a tremendous amount of armor that gives you different buffs and you can change their cosmetic looks and more.

There’s so much to this game that I honestly won’t say more as I really want you all to experience this majestic experience on your own.

Also, of note, NO MICROTRANSACTIONS! Thank god Sucker Punch decided to not include any microtransactions in this game and it really should be something other studios take cues from.

Graphics
Tsushima looks INCREDIBLE! The game has a level of detail that rivals everything on the market right now with the character models looking life like with muscle inflections, skin blemishes and scars, and even individual strands of hair in facial hair and eyebrows; I haven’t seen a game go to this level of detail to blur the lines of making a game look NOT like a game if that makes any sense.

The presentation of cutscenes from ink brush drawings with narration to the flowing of grass and cherry blossom trees and the fog from waterfalls and more are all photorealistic and atmospheric. Cutscenes utilize a cinematic letterbox style that brings you back to the days of cinematic samurai movies such as Akira Kurosawa films like Sanjuro (1962) and Seven Samurai (1954) and even The Last Samurai and more.

The island of Tsushima is jaw dropping with its flora and fauna looking simply majestic. I haven’t seen nature look so beautiful in a game before and to give an example there are times when you are running in the forest with the wind blowing with leaves flying around and dust kicking up with a red setting or rising sun……. just imagine running around in that kind of environment with no loading screens to generate these effects.

Audio
One word: MAJESTIC! Everything from the sound of steel on steel and steel on bone sounds as realistic as you’d imagine they’d sound. The ambience of nature such as the rustling of grass and even the flowing of the wind and rain, waterfalls falling down cliffs, and the voice acting are all just majestic and have set a new standard for what we should expect in cinematic games such as these.

Sucker Punch did so well with the audio that in the midst of combat you can utilize audio cues to know where enemies are coming from and attacking as well as where flying arrows are coming at you and if you pay attention closely then you can use this to your advantage.

Downsides
A lot of NPCs do not look very well done in comparison to the majority of the main cast that you meet and on top of a lot of characters not looking good; you’ll also run into lip-synching being all over the place with it being either spot on or incredibly off no matter if you play this with English or Japanese. That’s about the only issues I ran to in my playthrough.

Verdict
We’re clearly in a Samurai boom with games such as Nioh 1 & 2, Sekiro, and the remaster of the original Onimusha and now we have the magnum opus of Samurai games in Ghost of Tsushima that is head and shoulders above anything that is on the market. If you are looking for the last Sony exclusive hurray on the PS4 before the dawn of the next generation consoles drop and a game that is from top to bottom one of the most fun and engaging games of the year and of the consoles run; then Ghost of Tsushima is a game you simply MUST OWN as if you are a PS4 owner then this is a game YOU NEED to own!

This article was written and published by Mekel Kasanova on his website MekelKasanova.com.