Ghosts Of The Dot-Com Bubble 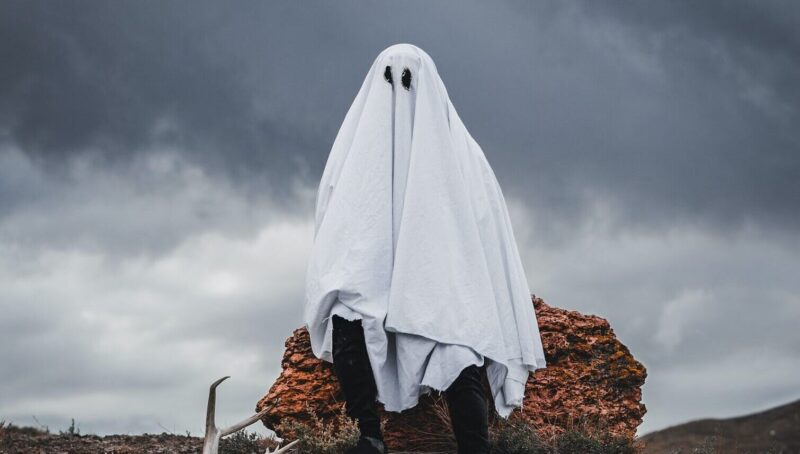 Our friend Tim Staermose shared this chart in the Hedgie Watercooler Telegram group (click here to get free access to the group).

After mimicking the Nasdaq during the dot-com boom, Cathie Wood’s ARK Innovation ETF (ARKK) — the poster child of the current growth wave — seems to be also following the patterns of the dot-com bust.

Now, there’s always more to investing than just the angle of a chart. But as the saying goes, history never repeats itself, but it often rhymes.

The mainstream press has been infatuated with Cathie Wood and her “divine investing prowess”.

As we told Insider Weekly readers at the time, it’s a movie we’ve seen before (anyone remember Mary “the Queen of the Internet” Meeker during the dot-com boom… and bust?):

Cathie Wood and ARK have, either intentionally or unintentionally, been riding the wave of “growth” stocks and the narrative around them.

This has worked spectacularly well for Cathie as money just poured into anything that you could suggest was “changing the world” or providing “exponential” (seeing a lot of this word of late) never been seen before, viagra-style growth potential. The more buzz words one can associate with the stocks the better. Cathie, bless her, has done a formidable job of playing to this narrative and has as a result accumulated more and more capital. Sheeple will be sheeple. Markets, it is worth remembering, are simply the collective representations of billions of peoples hopes, dreams, fears, and resulting actions all compressed at once.

What was she buying? A lot of isht that was/is getting hyped and burning money aka Tesla. The bigger the hype the better. This is all well and good provided you know that this is the game you’re playing. The question is whether Cathie knows it or believes in her own hype. We suspect the latter.

We view Cathie and Ark, as an actor on a stage in a show, which, even while involved, they don’t understand the tale being told or the final outcome. They are unwitting participants in mass psychology. I am quite willing to make a bet that by the end of this decade Ark Capital will be a fraction of its present day self and Cathie will either have taken up knitting or simply won’t be on the covers of any magazines or featuring on the idiot box.

It might take a while for this to play out, but we stand behind our prediction.

From a bigger picture perspective, we believe we have turned the proverbial corner on the entire market. If we are correct — and of course we believe we are — then for the next decade we’ll see inflation in value stocks, commodity prices will outperform, and broad equities (including ARK) and bonds will underperform.

If you’ve ever wondered what it must have been like living in 1634 when the tulip bubble in Amsterdam got underway, then we present to you NFTs.

After seeing artists like Beeple make tens of millions from selling NFTs, a slew of celebrities including Shawn Mendes, socialite Paris Hilton, and wrestler John Cena have jumped on the bandwagon.

The Dutch tulip bulb market bubble was one of the most famous asset bubbles and crashes of all time.

At the height of the bubble, tulips sold for approximately 10,000 guilders, equal to the value of a mansion on the Amsterdam Grand Canal. At the height of the market, the rarest tulip bulbs traded for as much as six times the average person’s annual salary.

With NFTs — or non-fungible tokens — things like tweets sold for $2.9m or a video by Beeple, which sold for $6.6 million.

Now, we don’t pretend to know what on earth happens in this market. That said, there is an entire generation that are glued to their phones and, if you turned off the WiFi, they’d literally have a seizure, so we can see them living in this weird alt reality world and paying stupid money for stupid things.

But if we’re half right about the very real world problems that we face, our suspicion is that the value of a tweet takes a backseat to the need to put food on the table.

Feels like a lifetime ago, when — back in February 2020 — we started warning that lockdowns will bring about inflation and shortages. This pesky stuff is now part of our daily lives. We recently set up a dedicated inflation channel in our Insider private forum, where members can share their own experiences with all things “transitory”.

But fear not, the pointy shoes now assure us that any time now we’ll be over the hump (their words, not ours). We won’t be holding our collective breath, though.

Staying with inflation for another minute…

Here’s a sobering chart (h/t @jsblokland) highlighting just how out of control food prices got around the world. The pointy shoes over at the UN tell us global food prices are now the highest they’ve been in a decade.

As we highlighted in Insider Weekly a couple of weeks back, it’s largely a second-order effect of a destructive trend you’ll be familiar with as a reader of these missives:

Few seem to realize that society as we know it and our associated standard of living is due in large part to hydrocarbons. The race to “decarbonize” and go down the route of renewables is essentially a race to reduce our standard of living and take us back towards the early 1900s.

However, we are starting to get a hint at how ingrained hydrocarbons are to society as we know it. I mean, I know we’ve been hammering you over the head with it for the last couple of years, but now we’re seeing it first hand. Last week we reported on electricity prices racing higher due to shortages of natural gas. Well, now we are getting a taste of how natural gas is way more than just an energy medium for producing electricity and heating.

It’s why we remain very long a number of agriculture stocks and fertilizer producers in our Insider portfolio.