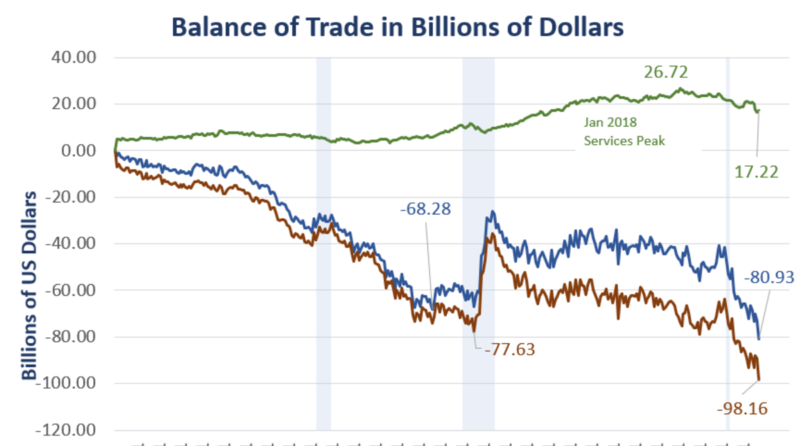 The commerce department’s monthly International Trade Report shows the goods and services deficit was $80.9 billion in September, up $8.1 billion from $72.8 billion in August, revised.

The Econoday consensus estimate was a net deficit $76.1 billion vs the reported deficit of $80.9 billion.

Exports are down for the month and on average for the last 3 months. Across the board imports are up despite major supply chain issues.

The goods, and goods-and-services deficits both hit new record highs.

Note the downward trend in services where the US has a small but shrinking net surplus.

When the stockpiling is done, will customers even show up?

Recall that GDP was positive in the third quarter only due to an inventory build.