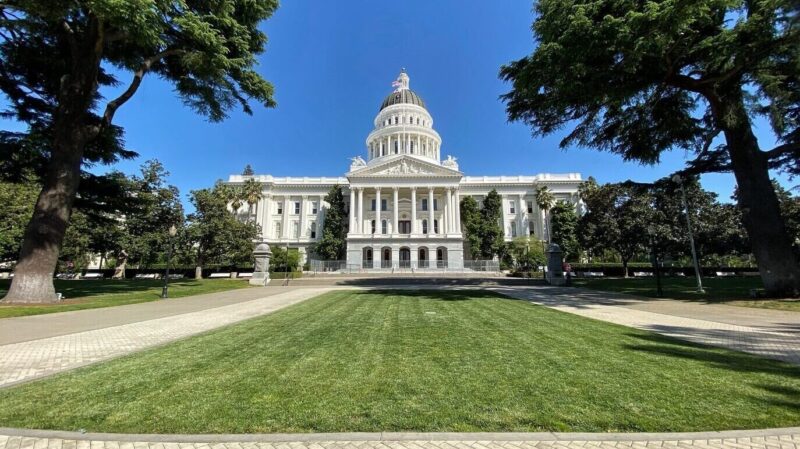 Civil societies hold people responsible for criminal con­duct and its foreseeable conse­quences. No one is entitled to a free pass. However, California legislators have begun to change that, and the results have been as frightening as they are mystify­ing.

In 2019, California Legisla­tors did something that would have been unthinkable a decade earlier: they passed legislation that made it harder to prosecute those responsible for murder. The legislation, Senate Bill 1437, not only significantly altered how felony murder was prose­cuted, it eliminated altogether a theory of liability called natural and probable consequences as it pertains to murder. Recently, those same legislators inexplica­bly decided to expand this con­cept. With Senate Bill 775, these limitations can now be applied to voluntary manslaughter and attempted murder.

These changes are contrary to society’s expectations — and they are poor politics. Califor­nia legislators are currying favor with those responsible for mur­der! To better understand these changes, let me briefly explain “aiding and abetting,” “felony murder,” and “natural and prob­able consequences.”

Driving the getaway vehicle
Aiding and abetting is a legal concept that goes back hundreds of years. If someone helps a per­son commit a crime, knowing what crime that person is intend­ing to commit, he or she will be as criminally responsible as if he or she had committed the crime itself. For example, let’s say a sub­ject decides to commit a robbery by holding up a liquor store, and that person asks a friend to drive him there. The friend agrees and drives that person to the liquor store. The person robs the clerk, gets back into the friend’s await­ing car, and they drive away to­gether. Even though the friend never left the car, and the friend didn’t even share in any of the money the person was able to rob, the friend would be guilty of robbery.

The reason for the aiding and abetting theory of liabili­ty is obvious. Society wants to discourage and hold account­able those who are willing to assist others in the commission of a crime. Also, many crimes only succeed because a subject receives assistance from anoth­er. Thus, just because the friend didn’t go into the store doesn’t mean he can escape accountabil­ity for his actions.

Now let’s talk about felony murder. This theory of liability for murder is applicable when a person intends to commit an enumerated felony, and some­one dies as a result of the com­mission of that crime. This con­cept applies to anyone who aided and abetted in that felony. There are two things to keep in mind. First, it isn’t the commission of any felony that applies, but only a very specific list of felonies that are deemed so dangerous and violent that it is very possible that someone could die as a re­sult. Those specified felonies are arson, rape, carjacking, robbery, burglary, mayhem, kidnapping, train wrecking, forcible sexual assault, and torture.

Second, a prosecutor would not need to prove that a person intended to kill anyone during the commission of one of these felonies, but only that he intend­ed to commit the felony itself. So, in my example above concerning robbery, if we added that when the person went into the liquor store, he killed the clerk, the driver of the car would be just as guilty of murder. Again, but for the driver’s assistance in trans­porting the person to the store in the first place, the murder never would have happened. When it comes to taking a human life, so­ciety has always wanted to hold everyone responsible account­able.

Letting ‘aiders’ off the hook
But thanks to California legislators, holding aiders and abettors to murder responsible is not important anymore. SB 1437 accomplished two things. First, it significantly altered the felony murder rule. As of January 2019, a person could only be charged with felony murder if he or she was the actual killer, if he or she aided, abetted or encouraged the murder itself, or the aider and abettor was a major participant in the underlying felony and act­ed with a reckless indifference to human life.

Second, it eliminated entire­ly the natural and probable con­sequence doctrine as a theory of liability for murder. Thus, in my robbery example, because the driver was not the actual killer, and there was no evidence the driver intended a killing as a re­sult of the robbery, the only way to hold the driver accountable would be to prove that the driv­er was a major participant and acted with reckless indifference. Both prongs must be proved, or the driver could not be held re­sponsible for murder.

Proving the first prong of major participation would not be terribly complicated. The driver transported the person to the store to assist in the commission of the robbery. That fact alone, without anything else, would es­tablish this. However, it must be noted that if someone planned the robbery but was not present at the scene, he or she could not now be held liable for murder.

I know this may seem diffi­cult to understand, but it basical­ly means that holding an aider and abettor responsible for fel­ony murder just got a whole lot harder. There is no logical expla­nation for the change except that California legislators want to lend a helping hand to murder­ers. Thus, in my example above, the driver could not be prose­cuted for the murder of the store clerk, even though the murder never would have happened but for the driver’s assistance. This result goes against societal norms and the wishes of most people that all those responsible for the taking of a human life must be held accountable. I sup­pose the California legislature has decided it knows better.

Most horrifyingly, these changes make it impossible to convict anyone of murder under circumstances where prosecu­tors can prove who participated but cannot prove who was the actual killer. Unfortunately, this type of crime is not uncommon. Let’s say a gang beating occurs, and the evidence is that when gang members started beat­ing the victim, one of the gang members stabbed and killed the victim. Prosecutors could prove who participated in the beating, but they could not prove who ac­tually did the stabbing. Given the change in the law, prosecutors would not be able to prosecute anyone for the victim’s murder.

Additionally and perversely, it would be unlikely prosecutors would even charge any of those participants with the beating because it could preclude them from later filing murder charges. The Fifth Amendment of the U.S. Constitution does not per­mit criminal defendants to be charged with the same crime twice. This is referred to as the double jeopardy clause. If prose­cutors convicted the participants of the beating and evidence was later produced that identified the actual killer, prosecutors might not be able to charge that person with the murder.

If California legislators had bothered to sit down with actu­al law enforcement officials or crime victim advocates before making these changes to felony murder and natural probable consequences as it pertains to murder, perhaps this result could have been avoided. Of course, to do this, California legislators would actually have to care about crime victims and their families. It is clear that they don’t.

The arrogance and igno­rance of political leaders must be acknowledged when they continually advocate for vio­lent criminals instead of for the law-abiding general public. Such arrogance can only come from a belief that these leaders can do whatever they want, and no one will stop them. I am not sure why they believe advocating for vio­lent criminals is a sound politi­cal strategy, but these so-called leaders must be stopped before crime victims and their families are made to suffer more.

Vote them out of office. Per­haps then they will understand that victimizing crime victims is not a winning political strategy.

John Barrick has worked as a prosecutor in the Ventura Coun­ty District Attorney’s Office for over 16 years, where he has pros­ecuted some of the most violent crimes committed in the county. He currently serves in the Major Crimes-Homicide Unit. He is also a 2022 candidate for District At­torney.