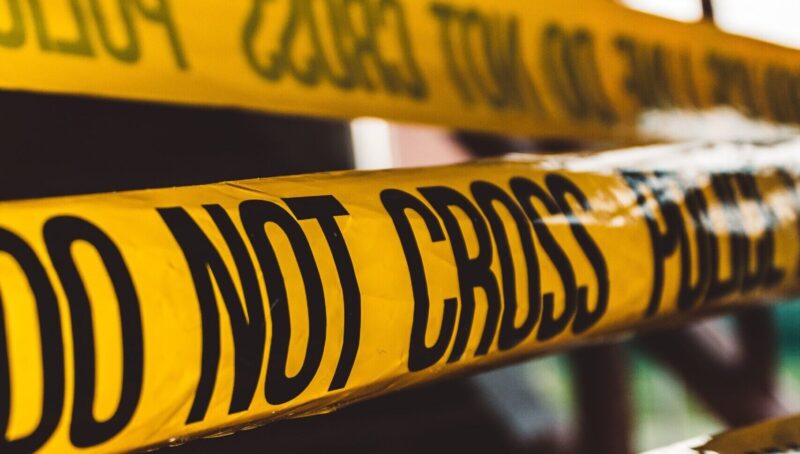 Over the last decade, California political leaders have been generous to criminals by passing a series of legislative acts that have reduced sentences and released an alarming number of violent prisoners back into the general public significantly sooner than they should have been.

For example, on April 30, 2021, the governor’s office announced that 76,000 prisoners would be released years earlier than their original sentences allowed. Approximately 63,000 of those liberated prisoners were considered violent offenders. Even more alarming, approximately 20,000 of those were inmates whose crimes were so violent that they had been sentenced to life in prison with the possibility of parole.

Most puzzling was that these early releases were approved despite the fact that violent crime rates have been on the rise around the state. In Los Angeles, for example, homicides increased an astounding 38 percent from the previous year, and that number was expected to rise upwards of 200 percent in 2021. Overall, the statewide homicide rate has increased 31 percent. California legislators are acting with impunity in the area of criminal justice to the benefit of criminals and putting the general public at risk in the process.

Despite the numerous changes that have taken place in the criminal justice forum over the past 10 years, much of it to the detriment of crime victims, nothing has been more controversial or concerning to prosecutors in 2021 than Assembly Bill 333 (“AB 333”). Euphemistically called “The STEP Forward Act of 2021,” the sole purpose of this new legislation is to make it much more difficult to prosecute gang-related criminal offenses, many of which are violent in nature. To understand just how dangerous this new legislation is, a brief history of gang violence in California is necessary.

Street gangs have been active in California since the turn of the twentieth century. For the most part, their crimes involved loitering, vandalism, gambling, prostitution and extortion. Little to no attention was paid to street gangs by law enforcement early on because their crimes were not considered violent, nor were the gangs very well organized.

However, by the 1980s, things had changed. Criminal street gangs had become increasingly and exponentially more violent, and they were significantly larger and better structured. They were bound together by their own culture and rules where respect could only be earned by committing acts of fear and violence such as assaults, robberies, criminal threats, witness intimidation, narcotics sales, carjackings, drive-by shootings and murders. Law enforcement was overwhelmed and did not have the necessary tools to combat this sudden surge in violent street crime.

Enter the STEP Act, an acronym for the “Street Terrorism Enforcement and Prevention Act.” Initially passed by the California legislature in 1988, and amended in 2000, the STEP Act declared that it was “the right of every person, regardless of race, color, creed, religion, national origin, gender, gender identity, gender expression, age, sexual orientation, or handicap, to be secure and protected from fear, intimidation, and physical harm caused by the activities of violent groups and individuals.” Recognizing that California was in “a state of crisis” caused by violent gangs, the legislature enacted the STEP Act to protect citizens who had been threatened, terrorized and made the victims of various other crimes by violent gang members.

The STEP Act had a two-prong effect. First, it allowed prosecutors to introduce during trial evidence of a gang member’s participation in a criminal street gang if that defendant had committed his offense for the benefit of, at the direction of or in association with any criminal street gang, with the specific intent to promote, further or assist in any criminal conduct by gang members. Second, the Act increased the potential punishment for gang-related crimes. The more violent the crime, the greater the sentence would be.

The best part of the STEP Act was that it served to protect those who were most vulnerable to victimization by violent street gangs. These were citizens who lived in neighborhoods where street gangs thrived, and who did not seek membership within these gangs, but chose to live their lives peacefully and lawfully.

An important aspect to the STEP Act was that it contained several requirements that had to be proved beyond a reasonable doubt — the highest standard in law — before a defendant could be charged with a gang-related crime. These requirements were necessary to ensure that only active gang members would be prosecuted. Thus, to qualify as a criminal street gang, the group must have at least three documented members whose primary purpose was to commit at least one of 33 specific crimes. The gang must have a common name or symbols, and its members must individually or collectively engage in a pattern of criminal activity. Thus, it was incumbent upon law enforcement to gather enough reliable evidence to prove these requirements, work that was both time-consuming and difficult. But it was a task law enforcement embraced, and their efforts helped to protect those citizens who lived in the same neighborhoods with street gangs and were often the victims of the gang’s violent crimes.

However, this could all change this year because the California legislature has decided to adopt a narrative that gang members were merely disenfranchised youth who did not have many of the same opportunities as others who grew up in more affluent neighborhoods. In other words, gang members were nothing more than victims of circumstance and could not be blamed for their violent behavior. Taken in a vacuum, this narrative may sound appropriate. However, it did not explain how thousands of citizens who lived in the same neighborhoods decided not to dedicate their lives to inflicting pain and suffering upon others. Unfortunately for the law-abiding citizens of this state, California legislators do not seem to care.

On January 27, 2021, former State Assemblymember, and now State Senator, Sydney Kamlager, who represents mid-city Los Angeles, an area rife with violent gang crime, introduced a drastic revision of the STEP Act. Even though Senator Kamlager is not a lawyer and has no experience with matters of criminal justice, she decided to introduce a bill that would make it very difficult for prosecutors to hold gang members accountable for their crimes. In short, AB 333, the new version of the STEP Act, would drastically alter the definition of a street gang by removing several of the 33 specific crimes necessary to prove that the street gang’s primary purpose was criminal or that they engaged in a pattern of criminal activity.

Also, none of the gang evidence could be introduced at the defendant’s trial unless and until the defendant had been convicted of his crimes. In the legal world, this is called bifurcation. In reality, this requirement would serve to hide the truth from the jury concerning a defendant’s motive for committing a gang-related crime. In summary, AB 333 would almost de-criminalize violent gang-related activity and keep this evidence away from jurors. This was quite a surprising piece of legislation for Senator Kamlager to introduce since it favored the violent gang member over the law-abiding constituents in her district.

After a minimal amount of debate by Assemblymembers, AB 333 passed through the State Assembly in June and was sent to the California Senate for consideration. AB 333 was next tabled in the Senate’s Public Safety Committee, where, ironically, despite the bill’s serious consequences to the detriment of crime victims, it sailed through without an issue. In August, the bill will be considered by the Appropriations Committee, where it is also expected to pass without much effort. After that, the bill will go to the Senate floor for a final vote.

When Senator Kamlager recently made her speech to the Senate Public Safety Committee defending her bill, she literally cried about how prosecutors were depriving violent gang members “due process,” and she was only requiring them to “prove their case.” If Senator Kamlager had any experience in criminal law or had any knowledge of how hard and diligently law enforcement and prosecutors have worked protecting the public from violent gang crime, perhaps she would have saved her tears for the numerous victims of gang violence, many of whom are people of color. However, no tears were reserved for those victims.

It has never been a successful political strategy to defend violent criminals over law-abiding citizens, a fact many California political leaders seem to have forgotten. Ventura County’s State Senators are Monique Limon and Henry Stern. I implore everyone to contact them and remind them that it is their sworn duty to protect the innocent, not those whose purpose is to cause agony. Only together can we defeat Assembly Bill 333 so that citizens who have been threatened, terrorized, and made victims of crimes by violent gang members can continue to get the protection and justice they deserve.

John Barrick has worked as a prosecutor in the Ventura County District Attorney’s Office for over 16 years, where he has prosecuted some of the most violent crimes committed in the county. He currently serves in the Major Crimes-Homicide Unit. He is also a 2022 candidate for District Attorney.