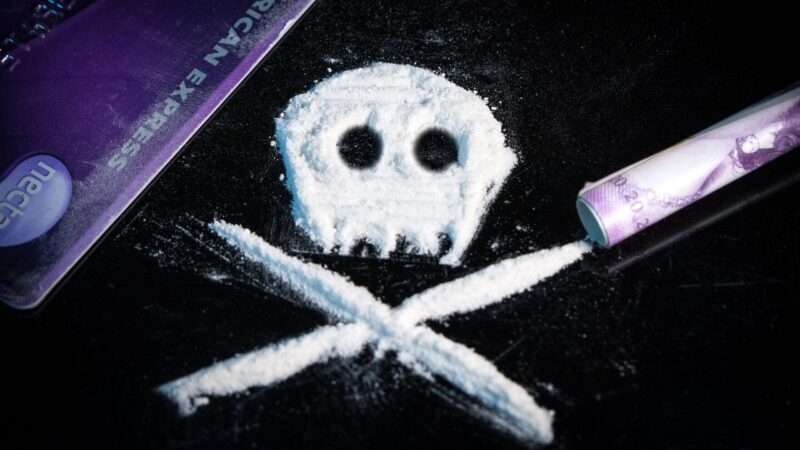 The President of the Dutch police union, Jan Struijs, says the Netherlands has become a ‘narco-state,’ in which drug dealing criminals are operating a parallel economy which has had deleterious effects – including higher housing prices, and legal businesses turning into fronts for money laundering.

“I call the Netherlands a narcostate 2.0 because the drugs pump so much money into the legal economy that it takes over,” Struijs told Swedish broadcaster SVT, adding “It undermines democracy but also the economy.”

What’s more, criminals are threatening people to get their way – influencing everyone from local politicians, entrepreneurs, civil servants, journalists and lawyers, according to the report.

SVT notes the case of veteran crime journalist Peter R. de Vries, who was shot last year in the streets of Amsterdam, dying several days later. The journalist had been advising a witness in the high-profile “Marengo” crime gang trial, for which the gang’s leader, Ridouan Taghi, was extradited to the Netherlands in 2019.

Also noted was the death of lawyer Derk Wiersum, who was shot dead in 2019 while representing the star witness in the trial.

In total, 17 people from the Moroccan (or ‘Morco’) mafia were charged with six killings and several attempted murders.

In 2021, Dutch Prime Minister Mark Rutte was placed under police protection in response to fears over an attack by the Morco Mafia – which France24 describes as a North African criminal organization tied to cocaine trafficking.

The group operates out of the Netherlands and Belgium and controls a third of all cocaine traffic in Europe. One police union chief said in 2019 that the Netherlands was becoming a narco-state. The 2014 novel “Mocro Maffia”, co-authored by Marijn Schrijver and Wouter Laumans, coined the term and brought the criminal gang to the public’s attention, recounting how a group of Moroccan jewellery thieves in Amsterdam created one of Europe’s most powerful criminal organisations. After its success in the Netherlands, the book was made into a TV series.

“Is it worth dying for? Do I want my kids to grow up without a father? Do I want my children to grow up in a narco-state? These are the kinds of things I’m thinking about,” journalist Jens Olde Kalter told SVT regarding the danger.

In March, 2016, a gang left the severed head of a rival on an Amsterdam street, according to Breitbart, which has extensively covered Dutch crime.

More on the Morco mafia, via France24:

From cannabis to cocaine

Founded in the 1990s, the group is made up of dozens of different clans that traffic cocaine and synthetic drugs through Europe. Its name comes from the Dutch slur “Mocro”, used for people of Moroccan descent living in Belgium or the Netherlands. The organisation’s motto is, “Wie praat, die gaat” – “Whoever talks, dies”.  The organisation began by smuggling hashish from Morocco to Europe before growing into one of the most powerful cocaine trafficking cartels in the Netherlands and then in Belgium in the 2010s.

“They started in the ’90s selling cannabis resin. They know the people who sell it in the [Moroccan] Rif region and became skilled in contraband. Then some of them branched out into cocaine, which is a lot more lucrative. They were able to get direct contacts in areas where it is produced and then establish themselves as major players in the industry, which before was a monopoly controlled by Italian mafia organisations like the ’Ndrangheta,”  explained David Weinberger, an associate research fellow at the French Institute for International and Strategic Affairs (IRIS) and an expert in illicit drug trafficking.

By developing direct links with Colombian and Mexican cartels, the Mocro Mafia traffic cocaine through the ports of Antwerp and Rotterdam. Police drug hauls at the ports have become increasingly common, and Europol now considers Belgium and the Netherlands to be the nerve centre of cocaine trafficking in Europe.

“There have recently been seizures of dozens of tonnes of cocaine, which is huge. To give you an idea, the annual consumption of cocaine on the French market in 2010 (the most recent available data) is estimated to be 15 tonnes,” said Weinberger.

According to investigations by Dutch journalists, one man has been at the head of this gigantic operation between 2015 and 2017: Ridouan Taghi, the son of Moroccan immigrants, who has made a name for himself through his extremely violent methods.

Taghi was arrested in Dubai in 2019 and stands accused of having ordered the assassinations of nine people. His trial began in Amsterdam in March 2021. The 43-year-old is currently being held in a high-security prison in Vught in the Netherlands. Many of those who have testified at his trial have asked for anonymity, fearing reprisals from the Mocro Mafia.