Housing Affordability Declines Nearly 23 Percent In Less Than A Year 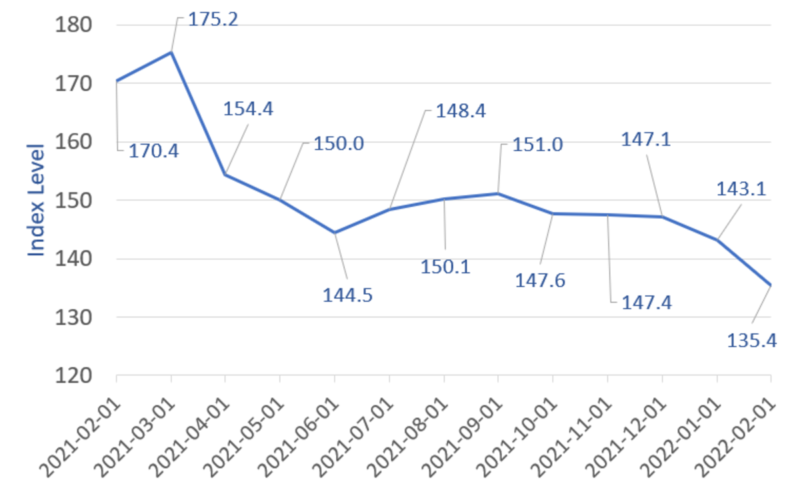 Starting March of 2021, the National Association of Realtors (NAR) made Housing Affordability Data available to the St. Louis Fed.

What Does Affordable Mean?

The NAR defines affordable as the degree to which a typical family can afford the monthly mortgage payments on a typical home.

It uses median household income, median home, and mortgage rates as factors in its calculation.

Here is a link to the precise affordability calculation.

“The US Housing Affordability Index has moved down to its lowest level since 2008. This is based on February data when mortgage rates were over 1% lower than they are today. The result: current affordability is much lower, plummeting over the last 2 months.”

Accounting for CPI inflation, wages for production and nonsupervisory workers is nearly the same today as February of 1973.

For details, please see Inflation Has Eaten Up Nearly 100 Percent of Hourly Wage Gains Since 1973.

Mortgage rates are now above 5 percent and inflation jumped again in March. Expect another big decline in affordability next month.

People get about 25% less house than a year ago on a mortgage payment basis.

Affordability is certainly way down and falling, but I would prefer a measure that looks at resales of the same home vs median price for a more accurate comparison.

Regardless, many people who were trying to buy a few months ago are now out of the bidding, priced out.