How To Paint Your Own Crosswalk In Your Neighborhood (Hypothetically) 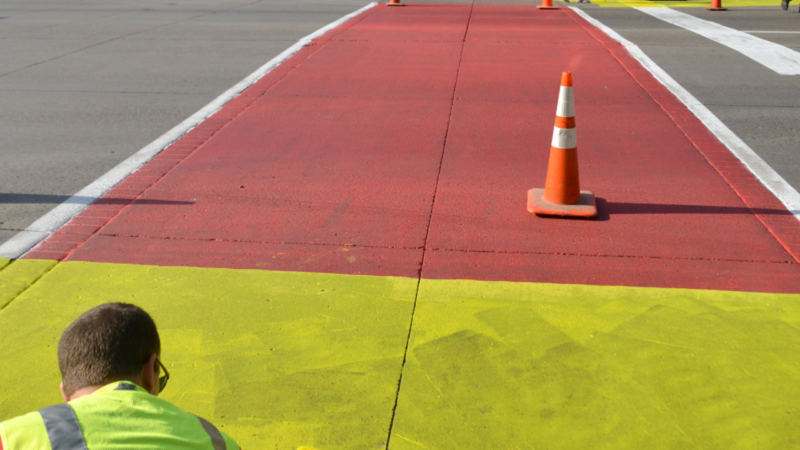 A secretive group is painting crosswalks in Los Angeles where they say the city has failed to provide basic infrastructure to protect walkers — and while Streetsblog would never suggest that advocates across America follow their lead, it’s worth noting the wealth of resources available to would-be tactical urbanists…purely for entertainment purposes, of course.

This article was originally published by StreetsBlog.USA.

The anonymous DIY traffic engineers behind Crosswalk Collective LA broke the internet last week when NPR profiled their efforts to bring high-visibility walking infrastructure to overlooked streets in the City of Angels. The fine folks at Streetsblog LA praised the initiative as well, noting that they hope “these new crosswalks last a while.”

LA city officials, unfortunately, have already warned that the new markings are subject to removal, since the guerrilla group didn’t follow the proper channels for approval — even though they admit that doing it their way might take months or even years.

For now, though, that warning isn’t stopping the Collective, who have developed a handy form that allows residents to request a little guerrilla street design action of their own — and promised a how-to guide to advocates across the country who want to mimic their initiative.

Until the collective finalizes its guidance, the DIY-crosswalk-curious might be interested to explore some of the other how-to guides that are already out there. And some include temporary treatments don’t even involve painting directly on the road.

Trailnet, a biking and walking nonprofit in St. Louis, Mo., recommends a method using a cheap piece of roofing tar paper, some basic paint and rollers, and maybe a few lines of white duct tape to secure your temporary crosswalk to the ground. (We suspect a simple T-square is helpful to help align your crosswalk with the curb cuts, too, but we would not know, because of course, we have never done anything like this.)

Trailnet even provides a library of these and other basic materials for STL residents to use with the organization’s help; your local advocacy groups might offer similar resources if you poke around for mentions of terms like “tactical urbanism”or “pop-up traffic calming” on their websites, and they might even help you navigate the process of getting a city permit for your demonstration, which many cities, like Atlanta, make surprisingly easy.

But if your city is a little less welcoming to citizen-lead street redesigns, you definitely shouldn’t do it anyway…even though the materials on this shopping list are incredibly easy to find.

Again, we’re presenting this purely for entertainment purposes, but: this group in the United Kingdom used another method to make a quick-and-dirty continental crossing, using nothing but vinyl flooring remnants, which hold up surprisingly well when a car drives over them.

The fake crosswalk beacons are a particularly nice touch, and they’re made out of nothing but old drain pipes, some reflective tape, a couple yellow balloons, and two small plastic stands. All said, these materials cost less than £50 total (or about $82 in inflation-adjusted USD.)

Of course, we’d never dream of encouraging our readers to install any kind of unsanctioned permanent crosswalks in their neighborhoods, especially considering that people have been fined and even jailed for doing it, at least when they got caught.

And we’d definitely never recommend, for instance, that a civilian buy their own cheap crosswalk line stencil on the internet for $20 or less, even though they’re fairly easy to find (including “continental” crosswalk bars, like the kind the California collective used, which come in a wide variety of sizes).

Depending on the road on which said crosswalk might be hypothetically installed, these stencils might not meet 100 percent of the specifications outlined in the Manual of Uniform Traffic Control Devices — those guidelines are in section 3B.17 on this page, if you’re curious— but again, hypothetically, they might still look pretty convincing, and they may even slow down drivers. (We’ve also heard you can make your own stencil pretty easily out of, say, a sturdy material like scrap plywood that dries quickly between uses to minimize mess, but we have no way of confirming whether or not that’s true.)

Of course, putting durable high visibility paint on a public road isn’t something a civilian should ever attempt, and even using washable spray chalk without proper city oversight is a dicey operation…especially considering that stuff doesn’t wash off for a solid year when it’s applied to asphalt that’s less than a few months old, or so we’ve heard.

And for folks with a little budget: you should never, under any circumstances, buy your own paint striping machine for standard crosswalks, which are legally available at a wide variety of price points.

Of course, the act of standing in the road and actually doing that painting is inherently dangerous. Professionals wear hard hats and reflective safety vests for a reason, in addition to surrounding themselves with ample traffic cones, and to be safe, they usually have a few other folks around to watch out for them just in case.

All that said: tactical urbanism expert Mike Lydon may have been onto something when he said this in a classic Planetizen course:

[When] citizens feel the need to paint crosswalks themselves, to us, that indicates there’s a lack of response, perhaps, [among departments of transportation] in implementing the most basic of pedestrian infrastructure — which is a crosswalk.

Anyway: if you’re looking for a little recreational reading, the Tactical Urbanism Guide, which Lydon co-authored, is available for free online, and contains some fascinating examples of citizens doing all kinds of guerrilla traffic calming in their neighborhoods, both with and without the assistance of local officials.