Instability Or Inflation, Which Will The Fed Choose? 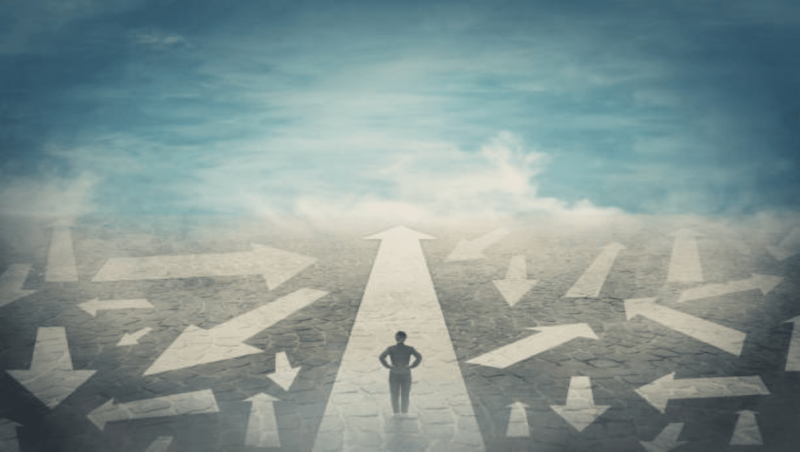 Over the past few weeks, Fed speakers are bemoaning inflation and voiced their wishes to squash it. They frequently mention how effective their monetary toolbox is in managing inflation.

There lies a massive contradiction between words and actions within these numerous speeches and media appearances. If the Fed is so intent on fighting inflation, why are they still stimulating the economy and markets with crisis levels of QE? Why is the Fed Funds rate still pinned at zero percent?

Within this ambiguity comes an abundance of risk for investors. If the Fed walks the walk and fights inflation vigorously, markets appear ill-prepared for a sharp decline in liquidity and resulting market instability. Conversely, the Fed may be just talking the talk and hoping inflation starts abating soon. In such a circumstance, they may not be as forceful as they appear.

The Fed is walking a tightrope between instability and inflation. Can they successfully tame inflation without causing severe market dislocations? The tightrope is thin, and the consequences of falling off to one side or the other are severe. Investors best think about the Fed’s perilous act they are getting ready to attempt.

Since March 2020, the Fed has purchased nearly $5 trillion in government bonds, mortgage-backed securities, and corporate bonds. As the graph below shows, the current annualized pace is more than at the 2008-09 Financial Crisis peak.

In addition to QE and the abundant liquidity, it fortifies financial markets with, they are also keeping the Fed Funds rates at zero percent. The graph below shows that the real Fed Funds rate level is obscenely negative.

The combination of massive liquidity and near-zero percent borrowing rates have made speculative behavior commonplace among individual and institutional investors. Consider, the Fed removed $5 trillion of assets from the market resulting in more demand for all other remaining assets. Further, they encouraged investors with near-zero interest rates to use leverage to buy more assets than they could otherwise afford. The result is the stunning rise in asset prices and speculative fervor.

Now, ask yourself what happens when the Fed removes liquidity and raises short-term borrowing rates.

“I would like to reduce it — let me say this carefully so that people don’t misunderstand — as fast as we can, conditional on not being disruptive to the functioning of financial markets.”

Despite the Fed being woefully misaligned with their inflation goal, her comments clarify that financial market stability is of equal or even greater concern than high inflation.

In supplying generous levels of liquidity to markets and incentivizing leverage and speculative behaviors, we think it’s easy to make a strong case that asset valuations are well above where they might have been without the Fed’s aggressive actions.

There are those with a different opinion, so let’s focus on some facts.

Do the underlying economic fundamentals justify such extremes, or are they the result of massive liquidity and absurd amounts of speculation the Fed fosters?

The Fed is making it clear they want to reduce inflation. They are also telling us they will ensure financial stability. Sounds like a good plan, but walking the narrow tightrope successfully by achieving lower inflation without destabilizing markets is an incredibly tough task.

We think the odds of success are poor. As such, we must carefully consider which goal they will prioritize when push comes to shove.

Is the Fed willing to let some air out the financial markets to help get inflation moving toward its goal? Conversely, will market instability halt any Fed action toward reducing inflation?

These are the vast questions to which no one has the answers. That said, if the Fed falls off the tight rope, investors best start thinking about which option they will choose.

A key factor in answering the questions revolves around politics. The Democrats are at risk of losing the House and or Senate. As November nears, it becomes increasingly likely the President will pressure the Fed to stem inflation. However, like the Fed, Biden may have to choose whether market instability or low inflation is a better outcome.

As you think about how Biden might ponder his choice, think about the following fact: 40% of the public has less than $1,000 of savings and rents. They do not have stocks to offset higher prices.

Can The Fed Control Inflation?

Another vexing problem facing the Fed is how much they control inflation. The Fed can raise rates that will impede economic growth and dampen demand for products. However, they have zero control over the supply line problems and shortages. While some are alleviating, Omicron results in a fresh round of new shortages and production problems. Our deep dependence on imports provides a reduced ability for the Fed to affect supply-side issues.

Also, consider wages are rising quickly, and the economy is at maximum employment. Companies aiming to preserve profit margins are being forced to raise prices with wages. A wage-price spiral is occurring already.

Lastly, let’s consider the role of the Fed and its management over the money supply. In The Fed’s Inconvenient Truth we wrote:

“The amount of money greatly matters, but equally important is how it moves through the economy. The graph below compares the money supply chart above with the velocity of money and inflation.”

The circle above shows that during the high inflation of the 1970s, the money supply and velocity of money were rising. Today, we see a steep decline in velocity, offsetting a surge in the money supply. As such, we believe most of today’s inflation is not the result of the Fed but the pandemic.

The bottom line is the Fed has a limited ability to affect inflation. They risk taking steps to halt inflation that does not meaningfully slow inflation but creates market instability.

We ask many questions in this article, and quite frankly, we do not have many answers. Given how high the stakes are, it is vital to consider the tradeoff between fighting inflation and risking market instability.

We think it is improbable the Fed can remove liquidity at the pace they are discussing without harming markets. We also recognize that the Fed can affect inflation but cannot truly manage it. It is possible inflation will diminish on its own over the coming months. However, we can make a convincing case it stays elevated throughout the year.

Predicting the future is difficult. Understanding and preparing for the many possible paths is how to achieve success. We hope this article gets you to think about what diverse paths lay ahead and the choices facing the Fed.