Is Independence Even Possible Anymore? 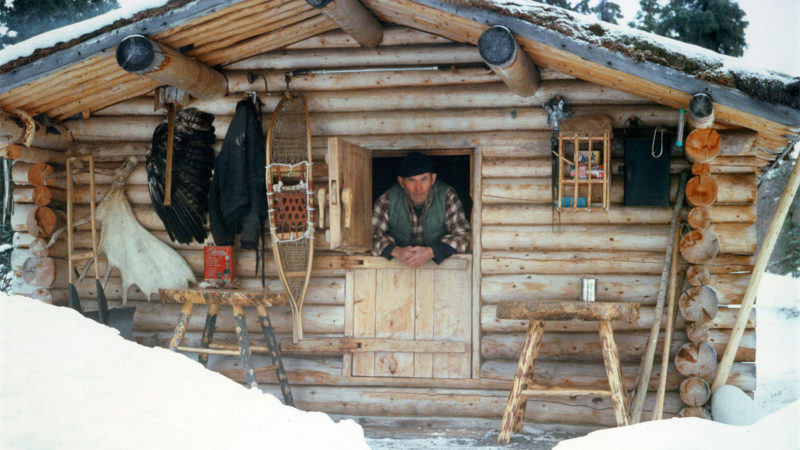 One of the many contradictions you’ll find on YouTube are videos from people who claim to be living off-grid. And yet their videos are on YouTube! This may reflect a strict definition, but if you’re living off-grid, that means you don’t have access to YouTube (which is the grid).

This article was written by Jesse Hirsh of AxisOfEasy.com.

Sadly social media is a factory of such obvious contradictions and abuses of language that reflect the Orwellian culture we find ourselves in. It’s not just the volumes or flows of posts that comprise the fodder of social media content and experiences we all participate in. It begins with the language and culture that the platforms themselves perpetuate and operationalize as part of their business plans.

On a smaller scale, Substack is currently attempting to do the same with the word “independent.” This is partly done in contrast to the larger platforms, but also using email as a guise, as a stand-in for a protocol, when in reality Substack is just another platform.

For the purposes of Metaviews, Substack is definitely just another platform. We’ve written previously about our frustrations with it, and our desire to migrate to a truly independent tool like Ghost. Unfortunately that costs time and money which are generally in short supply.

There are also some advantages to being on Substack, although they generally appear more theoretical than practical, with discovery and platform effect being the two obvious. Yet anytime we take a moment to listen to or read what the people running Substack have to say, the urge to jump ship grows stronger.

I generally disagree with Kara Swisher but I also greatly respect and admire her interviewing skills. I do however agree with her general assertion that nobody and nothing is neutral. As an interviewer, she brings this attitude to each guest, and not only draws out their agenda, but usually lays bare her own.

In her discussion with Chris Best, we not only learn more about the company’s plans for the future, but also some of their blind spots. In the interview Kara kind of crosses the line from host to consultant, and provides Chris with a valuable perspective that reflects her own experience, and yet the Substack CEO didn’t realize it, or diverge from their rigid vision of the future.

In particular, Substack still clings to the notion that it is a neutral platform and not a media company or (meta) publisher. This is a mistake, and reflects a range of blind spots the company still has when it comes to its position within a turbulent and volatile industry.

Especially significant given that Substack is still not generating a profit/return on the significant investments they’ve received.

Which is interesting, given that their overhead can’t be that large, and their usage has skyrocketed. They take 10% off the fees that publishers like us generate from subscriptions. Their staff is relatively small, and they can use on demand cloud services.

It begs the question, what will the company do to turn a profit? Do we want to be captive while they do so?

Not to fear, there appears to be a solid alternative emerging.

This is a significant power move by Twitter against Substack, especially given that the biggest writers on Substack have built or at least carry their audience via Twitter. When Substack looks for new writers to use their platform, you have to assume they look to people who have sizable Twitter followings.

While one could argue that Twitter is late to this party, they’re not that late, and they may now be in a position to significantly curtail Substack’s source of talent and attention. Although Substack does have a decent head start.

However because Twitter is a larger company, that gives them a competitive advantage.

That places pressure on Substack to either lower their fees, or demonstrate their differentiator or obvious advantages. As it is important to remember, if we are fundamentally talking about email lists, then it’s not that difficult to move from one service to the next.

While these are bold claims from an ambitious company, they are far from substantiated. Here’s an analysis that argues we should remain skeptical and not jump from Substack just yet:

However that’s Revue pre-Twitter. There’s reason to believe that while Twitter has a mixed record with buying and integrating startups, there’s considerable potential in this instance.

None of this means that Substack is dead, but it does mean that other, larger platforms, may start seeing Substack as an attractive acquisition. Granted we might suppose that increased antitrust scrutiny would discourage this kind of activity, but that seems naïve. Instead we could see the opposite. A last minute surge in acquisitions before new rules come into effect.

Certainly Substack seems to be slipping into the crosshairs of digital giants and potentially facing the same fate that befalls successful social media-esque startups who get bought and swallowed before they turn a profit.

While we’re not ready to make the move from Substack, I suspect it will be a question of when and where but not if.

However our next focus or iteration will be to expand the video content we produce and make available from Twitch. This is true not just because of the potential of the (Amazon owned) platform, but because it has subscriber features. If only they were acquiring newsletter publishing platforms.