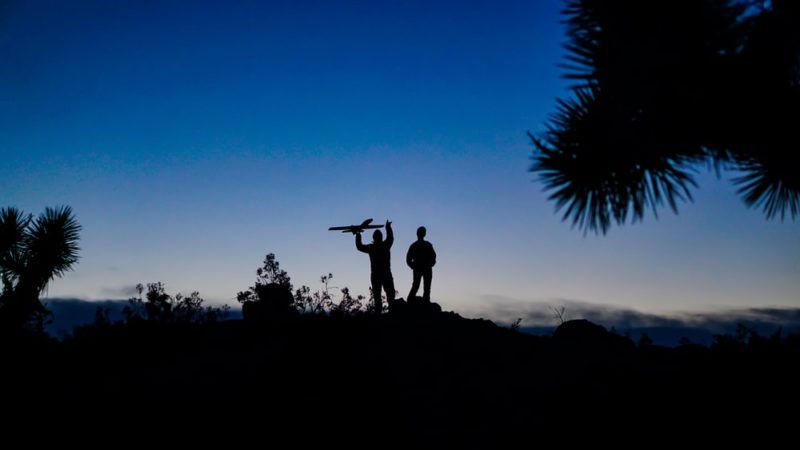 Many see the need for greater tourist resources, while wanting to preserve the unique natural environment and charming desert town.

Joshua Tree is at a turning point.

This was written by Lara Hauther and originally published by the California Globe.com.

An increasing flood of tourists have been pouring into Joshua Tree for more than 7 years, but this past year’s pandemic tourism pushed the number of visitors and real estate investors to gold rush levels.

Recent articles popped up in the Hollywood Reporter, Vogue, Travel and Leisure and Dwell – all touting  the pleasures of enjoying luxury digs in the “Instagramable” restorative calm of the California desert.

The main attraction is still Joshua Tree National Park, but it’s certainly not the only draw. Attendance at the park actually dropped slightly in 2020 but that’s not an indication of a fickle public moving on, quite the opposite. It seems pandemic weary city folk have decided to put a ring on it and buy their own little slice of income producing desert paradise by putting them on the short-term rental market.

And that drew the attention of bigger business interests positioning themselves to get a slice of the ever-growing tourist juggernaut by proposing several large Glamping (glamorous camping) spots throughout the Morongo Valley.

Some, like AutoCamp, are well on their way to completion, if a bit behind schedule. They first announced an early April opening that’s now been pushed back to October of this year. The Joshua Tree location is one of four new locations they are building throughout the country.

AutoCamp hopes to draw tourists away from the individual short-term rentals spread throughout the area for a more communal ultra-lux experience. The resort will include 55 decked out Airstream trailers and Suites on 25 acres with a Quonset hut-style clubhouse, hot tubs, plunge pools, a fully stocked bar, a kitchen for chef pop ups and a General Store.

So far, this is the only large-scale project to get through San Bernardino County’s notoriously difficult permitting process and start construction. The resorts’ location, very close to Highway 62, the main road running through the Morongo Valley, played a role in minimizing push back from the community.

A recent article in the Desert Sun revealed the reaction two locals had to the build site in progress. Miriam Seger, described as a real estate investor and environmental advocate said she was “a bit shocked to see how complete the disturbance is after being prepared to defend the project.”

Many people in the area are feeling that tension – seeing the need for greater tourist resources in the area, while wanting to preserve both the unique natural environment and the charming desert town vibe that’s such a big part the draw.

Conservation Director for the Center for Biological Diversity Brendan Cummings, addressed large scale developments in a phone interview with the Globe, noting AutoCamp’s location is near a fairly dense collection of houses and businesses:

“That is where you should put these things. It’s downtown in an area already fragmented and disturbed. It’s a much better there, as long as they observe all environment regulations in place.”

Even with the six month delay, AutoCamp is doing better than the proposed Bubble Hotel in nearby Yucca Valley. After putting their project up on Indiegogo to “prove to investors…that there was a lot of demand,” the project slowed to a crawl to the frustration of many of the patrons who helped them pull in $250,000 in pledges on the first day. They ultimately got $832,722 just from Indiegogo, and perhaps bolstered by the response, immediately starting planning six other locations now listed on their website.

The project mastermind, Nathan Resnik, told the Desert Sun the bulk of the $3 million funding for the 20-acre glamping site is coming from investors, including some Joshua Tree locals. The projected timeline bumped up against San Bernardino County’s notoriously slow permitting process, it’s now going to take at least a year to complete to the frustration of all those pledging money to get a spot in April of this year.

But are more expansive luxury glamping enterprises the answer to the Morongo Valley’s growing pains?

Airbnbs and other short term rentals are putting a lot of pressure on the housing market as house prices rise and long term rental disappear from the market.

Change.org petitions have popped up asking for revamping of local ordinances in nearby 29 Palms,  Yucca Valley and Joshua Tree.

“By current estimates, Town of JT has close to 1,000 STR’s in a town of apx. 3,100 single-family homes (2021 census). Now landlords are evicting long-term residents to convert to STR’s. The local “Glamping trend” has forced a once affordable rental market into non-existence because housing costs have sky-rocketed due to (sic) hi-demand.”

The proposed remedy is limits on the number of short term rentals per area, caps on the number one person can own and making it harder for investment companies and large corporation entities to buy houses to convert into vacation rentals. It also calls for preference for owner occupied rentals.

Right now there seems to be no clear answer how the area should deal with the tourist trade that brings millions of visitors to its door, but the area’s transformation is already under way.

Several other big projects are already gearing up, hoping to get in on the bounty. Most already have similar glamping sites in other heavily visited natural environments and national parks. By far the largest tourist haven is by a newcomer to the industry with a proposed project dubbed “glampzilla” by some locals.

Flamingo 640  – in Flamingo Heights encompassing 640 acres – caused an immediate uproar once the required announcement asking for comments from area residents was released.

Upset locals responded with a Facebook group –  Stop GlampInsanity Now! – that accumulated 347 members in its first day. It became a central hub for information and discussions around the problems posed by a huge wave of tourists and speculators creating small illegal campgrounds and large glamping projects alike.

The group also became a way to centralize and organize all the Change.org petitions addressing all these tourist industry issues.

Monday’s monthly meeting of the Homestead Valley Community Council was packed wall to wall with locals determined to express their concerns to the Council and San Bernardino County Supervisor Dawn Rowe. Rowe was presented with a printed copy of a Change.org petition started by Caroline Partamian with over two thousand signatures.

Rowe responded by mentioning her office is inundated with complaints about backyard and rouge campers, suggesting large scale projects could be an answer to that problem

In response to a flurry of concerned call and emails following the meeting, Rowe posted a reply on Facebook clarifying her role in the process:

“If the C.U.P (Conditional Use Permit) application is approved by the commission, only at that point will it come before me and my colleagues on the Board of Supervisors for consideration. Due to state law, specifically the Brown Act, I am prohibited from rendering a position prior to taking a vote on a particular matter.”

That did not assuage the fears of people fearing for the well being of the protected species that might be impacted. Brendan Cummings said this parcel of land has significant ecological value:

“Where this site is ideally no development should go in. That’s a parcel that should go into conservation. It’s an area that’s been identified by (the Mojave Desert Land Trust) and recognized by the state as suitable for acquisition for conservation purposes.”

Steve Brown of MojaveWatch.org summed up the frustration of many local residents in his thorough outline of the many objections and concerns raised by area residents to the Flamingo 640 project.  The article lists every traffic and fire safety, noise, light pollution, environmental impacts on both flora and fauna, wastewater and water supply but it is the economic impact concerns that gets to the heart of what is causing the uproar against the burgeoning growth of the local tourist industry:

“Out-of-town owners may receive much of the economic benefit, with only low-paying service jobs created locally. As that is likely, the project needs to not degrade the quality of life for local residents.”

The appeal to slow down and develop a considered approach to the town’s main industry may be the only way to keep the area livable for the people who call it home while protecting the sensitive natural habitat those millions of visitors want to experience when they come to Joshua Tree.