Is The Netherlands The Most Unequal Country In The World? 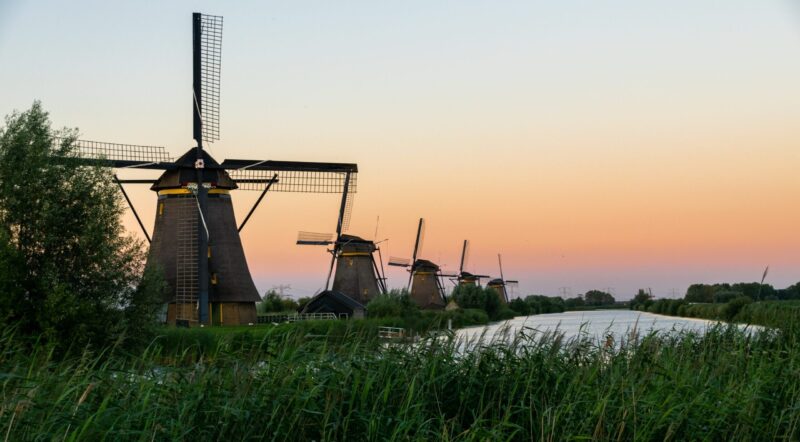 The Netherlands is an exciting nation with a reputation for being progressive, beautiful, and utilizing forward-thinking practices. Cyclists of all walks of life zoom through cities with organized infrastructures filled with friendly Dutch passersby. To outsiders, The Netherlands parallels the ideal Utopian society. Yet, some metrics demonstrate the complete opposite.

Windmills, wooden shoes, cheese markets: take your pick. The Netherlands has it all. According to Housing Anywhere, “Dutch people tend to work fewer hours than the European average, placing much more of a value on family time or leisure activities.” The Dutch understand that having free time outside of work is synonymous with living a healthy lifestyle. Additionally, “Being physically present with loved ones creates a strong emotional support to buoy you up through life’s challenges.” (Highland Springs Specialty Clinic) These common practices are only a few cases of The Netherlands’ high standards for life. Peddling through life is another excellent example of the considerations made for optimizing physical and mental health. “With 22 million bicycles for 17 million inhabitants, 32,000 kilometers of bicycle lanes, and the largest bicycle parking facilities in the world, the Netherlands could absolutely claim to be the world’s number one cycling country.” says the Dutch Review. Living a balanced life requires great health, both inside and outside of work. What could be unfair about all this?

The World Bank measures wealth and income equality among nations using the Gini coefficient. “The Gini coefficient compares the income or wealth distribution of a population to a perfectly equal distribution—in which every citizen of a city or country has equal wealth.” (Scientific American) The Gini number for this perfect equality scenario would be 0.000, in which every person is making an equal amount of money. The opposite would be if the top 1% were to control a nation’s income, that nation’s Gini number would be 1.000, to exemplify such drastic inequality. In 2019, The World Bank Wealth GINI rankings reported The Netherlands coming in at 0.902. To put this into perspective, the entire world’s averaged equality number was 0.885. This means that in 2019, The Netherlands was the only country that ranked more unequal than the world as a whole. How can this be?

Thankfully, things aren’t as heinous as they seem. YouTube’s Economics Explained dives deep into this topic to explain what these rankings mean, by looking at the metrics used to obtain these numbers. For example, the video explains that in The Netherlands, people are encouraged to take out home loans that are larger than the actual price of that home. This skews The World Bank metrics because, in doing so, someone’s net worth can quickly become negative, which is not uncommon in The Netherlands. Although this is fine for the Dutch, considering the National Mortgage Guarantee Program ensures bank loans on homes, having a population with many negative net worths certainly affects the metrics used to determine income and wealth equality. Also, income isn’t taxed as it is in The United States. For example, “If you earn one hundred thousand Euros in a year, but you are paying forty thousand Euros in interest to the bank on your home loan, you would only pay income tax as if you were earning sixty thousand Euros a year.” (Economics Explained).

Applying one standard of metrics to each nation in an attempt to reach accurate results is not effective. If anything, it is a surefire way to guarantee wonky results. Do The Netherlands do things a bit differently? Absolutely. Is the economy of The Netherlands terribly unfair? Not quite. The metrics used by The World Bank to calculate the nation’s outrageous income inequality certainly prove that the same hot water that hardens the egg, also softens the potato.