Is The Stock Market Starting To Discount An Earnings Recession? 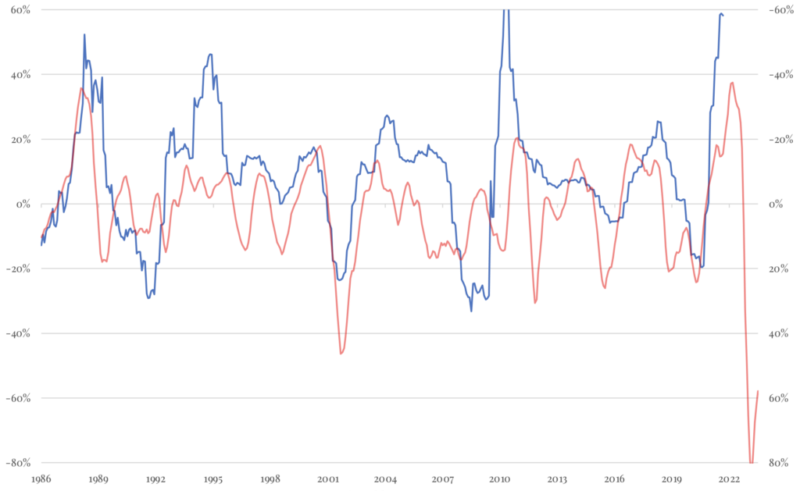 About five months ago, after the stock market started to correct last fall, I suggested in a blog post the weakness might be due to the fact that it was increasingly looking like there might be an earnings recession on the horizon. Stocks rallied from that point but breadth continued to deteriorate, insider selling surged and the monetary tailwind began to abate.

This article was written by Jesse Felder and originally published by The Felder Report.

At the same time, interest rates, oil prices and the dollar have all continued their individual uptrends, putting even greater pressure on both end demand for products and services and the profit margins corporations can earn on them. As such, the probability of an earnings recession, possibly a very significant one, has only grown over the past few months. Small businesses are already signaling as much. In fact, the relative performance of small cap stocks points to more than just an earnings recession. Due to the rapid rise in oil prices and the dramatic fall in consumer sentiment, the probability of an economic recession is beginning to grow. And if that’s the case, then equity market valuations may have only begun to normalize, especially if the Fed is now going to be forced into tightening into a downturn.