Is Witchcraft Becoming A Wellness Trend? 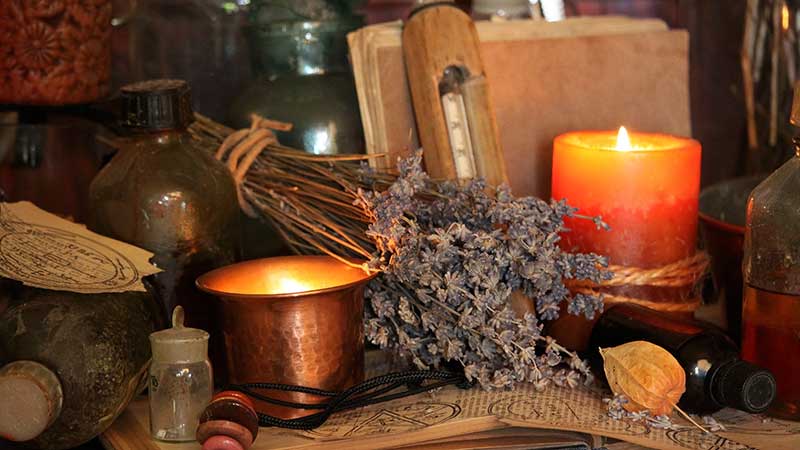 Did you know that about 730,000 American adults identify themselves as Pagans and Wiccans, which is about 0.3% of the U.S. population? That is according to a 2014 Pew Research Center report, so the number could be even higher now. Back in 1990, a study from Trinity College estimated there were 8,000 Wiccans in the United States. That’s a huge leap in twenty-four years.

According to the Merriam-Webster dictionary, Wicca is defined as “a religion influenced by pre-Christian beliefs and practices of Western Europe that affirms the existence of supernatural power (such as magic), and both male, and female deities who inhere in nature and that emphasizes ritual observance of seasonal and life cycles.” Paganism is a bit of an umbrella term, encompassing religions that are other than the main world religions, and is often based on beliefs focused around the earth and natural forces. Only some Pagans would consider themselves witches. However, all Wiccans are witches but not all witches practice Wicca.

Why is there so much renewed interest in witchcraft? Well, we live in a time of uncertainty and worldwide turmoil, and so it makes sense people are turning to other, more mystical, means of making sense of their world. Perhaps it is also about finding comfort in the unknown or the belief/feeling that you can change your world through unconventional methods.

The images associated with modern-day witchcraft are not broomsticks or smoldering cauldrons, but rather things like crystals, dried herbs, and tarot cards. These are tools used by witches to affect change in one’s environment and world. A core belief of Wicca is the acceptance of magic to affect change. This reminds me of vision boards or the extremely popular book The Secret, which espouses visualization as a form of manifesting what you want to achieve in life. Perhaps witchcraft is a logical jump from astrology, yoga, meditation, and all things considered new-age.

Many people are finding comfort in consulting witches the same way they might take a yoga class, or find a crystal healer, and modern-day witches are easy enough to find. Do a quick Instagram search, and you will find a host of witch influencers who offer services, including spell casting, virtual tarot readings, and metaphysical guidance. If you are more of a TikTok user, you may already be familiar with the witches of TikTok, who live-stream everything from tarot card readings to spell tutorials. There is even a moniker for their videos: WitchTok. The term originated in 2019, and there have been over 1.7 billion views of #WitchTok videos.

Wellness and self-care are all about keeping yourself emotionally, physically, and mentally healthy. Basically, if an activity calms your spirit and makes you feel more personally powerful, it is a form of self-care and wellness. According to 2019 figures from the Global Wellness Institute, the “wellness industry” is valued at over 4 trillion dollars, and witchcraft is certainly cashing in on the demand.

Many of the witches on social media platforms offer services for those so inclined. One of the most well-known witches, Juliet Diaz, author of the best-selling book Witchery: Embrace the Witch Within, offers Soul Therapy for $110, and Advance Distance Energy Healing for Adults, Children, and Pets for $250. Valeria Ruelas, also known as #TheMexicanWitch, offers a 1-hour Spiritual Session for $100. Clearly, witchcraft is becoming more than a personal practice or religion, but also a way for people to practice self-care and wellness.