It Took Nearly 10 Years, But The Battle For $15 Has Mostly Been Won 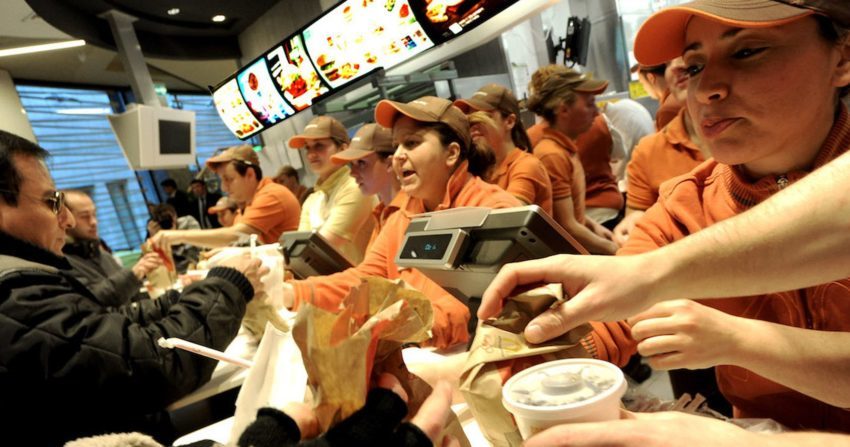 Image Courtesy Of The Recipe

A new battle cry is coming. Guess the date and amount.

On July 24, 2015, the Guardian commented on the rapid success of Fight for $15: ‘This is a trend that cannot be stopped’

A New York state panel appointed by Governor Andrew Cuomo recommended establishing a $15 minimum wage for the state’s 180,000 fast-food workers. It was a landmark win for an unorthodox movement – the Fight for 15 – that is just two and a half years old.

Amazon employs about 950,000 people in the US alone. That’s double what it was three years ago.

Amazon is a godsend. It lowers prices, makes things more affordable for everyone, and employs a million or so people.

What Congress does now is mostly moot.

I expect Senators Joe Manchin (D., WV, and Krysten Cinema (D., AZ) to go along with some hikes but not to $15.

If so, a minimum wage hike nationally is coming but likely not to $15.

My guess on February 27 (see New Twist in Minimum Wage) was either $11.00 or $12.15 will fly based on the idea that Arizona or Arkansas would set the way.

The Democrats in Congress will probably fail to pass a federal $15 an hour minimum wage. Amazingly, this might end up not mattering that much. The drive for $15 has succeeded simply by resetting Americans’ idea of what a reasonable wage should be.

In an age of grassroots political campaigns, the Fight for $15 has been startlingly effective. It succeeded in getting a $15 minimum wage passed in Seattle, in California, and in a variety of other cities and states. Its message was simple, focused and — at least in the places where it has prevailed — reasonable.

Fast-food merchant McDonald’s Corp., the archetypical low-wage employer, just announced that it will raise its average wages to $15 an hour by 2024. This follows a similar move by Chipotle.

In light of when the battle started we might need to put an “*” by “already” and “startlingly effective”.

Fast food restaurants will hit $15 by 2024, twelve years after the campaign started.

Walmart is resisting for now, but competition ensures it will comply by 2024 as well.

Too Much and Too Little Credit

Noah Smith gives too much credit to the $15 movement.

He gives too little credit to demographics, retiring workers, loose money, and the rapid proliferation of restaurants everywhere (as a result of loose money).

The proliferation of stores in general, not just fast food, created a demand for labor.

The final push stems from three rounds of free money, one by Trump and two by Biden.

Then add in paying people more to be unemployed than employed  and you arrive at the current picture no matter what Congress does.

One of my readers commented “It took so long that it really isn’t a raise.”

Please note Bank of America will raise its minimum wage to $25 by 2025.