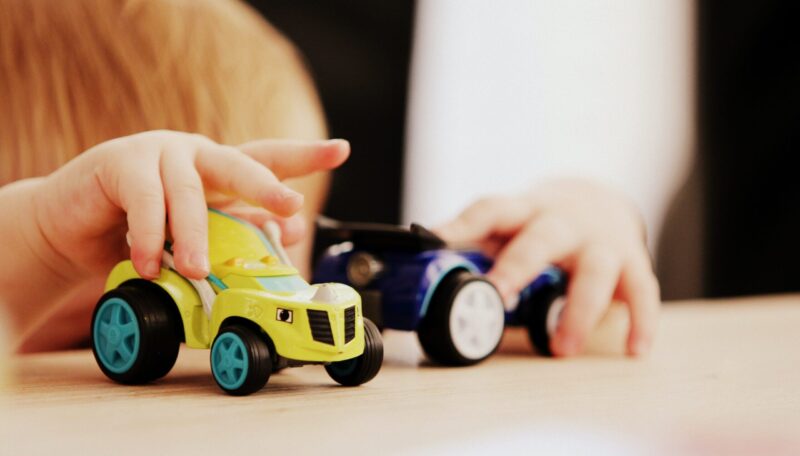 A long-running Japanese TV show that challenges young children to navigate their cities without adult supervision is prompting a conversation about why American cities are so comparatively hostile to kids — and not just because of the dangerous way our cities are built.

This article was written by Kea Wilson and originally published by Street Blog USA.

On April 1, streaming giant Netflix re-released a 2013 season of the reality show “Old Enough!” in which Japanese kids ranging from 2- to 5-years old are sent out on foot alone to complete simple household errands in their local communities. Along the way, those intrepid tots have to cross busy streets, find their way through labyrinthine neighborhoods, and know when it’s time to ask for help from the friendly strangers they meet (and, occasionally, the cameramen whom they’ve clearly been instructed to ignore). One even manages to ride the bus by himself.

Give or take a few delays, most of which can be blamed on the toddlers’ own microscopic attention spans, the kids all make their way home safe.

A predictable flurry of think pieces followed the show’s release, from journalists on the urbanism and parenting beats alike.

The New York Times’s Jessica Grose mourned how America’s car-focused streets limit children’s opportunities to develop a sense of independence, effectively stripping them of the “sense of triumph” that their Japanese counterparts experience every time they successfully make their way home with an offering for the family Shinto shrine. (Child development researchers, by the way, share that concern; some of them even attribute increases in childhood depression and anxiety rates to the increasingly autoentric neighborhoods in which most North American kids are raised.)

Slate’s Henry Grabar, meanwhile, pointed out that “if the show were set in the United States, the parents would be under investigation by child protective services,” because the roads they’d be forced to navigate are so often dominated by fast automobiles and other dangers. Car crashes top the list of the leading causes of death among U.S. children and adolescents, claiming an average of 1,139 young lives every year since 2010; per capita, more than nine times as many American kids are killed by traffic violence than Japanese kids, even though Japanese kids, who walk for four out of five of their weekday trips, are only occasionally ensconced in a safety-rated automobile.

Writers like Grabar and Grouse are right that community design is the major differentiator between the American and Japanese approaches to childhood mobility.

Japan’s 19-mile-per-hour neighborhood speed limits, ample shared-used paths, and near abolition of on-street parking all make walking the common-sense choice for most trips, as do the prevalence of “15-minute neighborhoods” that put essential destinations within a toddler’s feasible walking distance. (A study last year also found that Japanese cities also have some of the highest rates of women cycling of anywhere in the world, for much the same reasons.)

And while the the country’s “greeting culture,” or aisatsu, certainly deserves some credit for making these communities so child-friendly, it’s important to remember all the ways that culture is physically reinforced by design. Japan’s ultra-dense, mixed-use neighborhood designs all but guarantee that even the smallest tots will find themselves surrounded by the watchful eyes of friendly grown-ups almost everywhere they go — a feature of daily life that is rarely found in American cities.

But one of the lesser-discussed miracles of “Old Enough!” is that those grown-ups are almost never behind a wheel of a car so big they literally cannot see small bodies walking in front of it — or so heavy that they’ll all but certainly kill those children if they crash.

In 2017, the average U.S. vehicle weighed 3,820 pounds, a staggering 41 percent more than the 2,711-pound Japanese average. And by 2020, America’s average had ballooned to 4,156 pounds, fueled by automakers’ refusal to manufacture less-profitable small cars and the raft of regulatory loopholes that allow them to keep doing it — a 9-percent spike in just five years.

Japan’s relatively minuscule vehicle fleet is the result of policy choices, too.

Since creating the ultra-light vehicle class known as “kei cars” in 1949, the country has been known as the global capital of tiny vehicles designed to hold little more than their passengers. Kei cars top out at a little over 11 feet long and 6.5 feet high, and unsurprisingly, they cost a lot less than full-sized automobiles: the going price is about $10,000, about half the cost of a Corolla at a Japanese dealership. They’re also taxed at a lower rate, in addition to being held exempt from annual vehicle registration fees, and they cost thousands fewer yen to insure and maintain every year — a package of incentives that helped kei cars claim 40 percent of the Japanese vehicle market last year.

Most U.S. states, meanwhile, forbid the import of kei cars to America, and the ones that do generally require them to be registered as all terrain vehicles, which aren’t always allowed to operate on shared roads.

Even Japanese cars that aren’t so teensy are still safer for pedestrians than their US counterparts — and that’s by design, too.

Since its founding in 1995, the Japanese New Car Assessment Program has been internationally recognized for having some of the most forward-thinking federal vehicle safety ratings around, thanks in no small part to the country’s early efforts to evaluate the safety of people outside cars as well as in.

In hopes of reducing the Japan’s pedestrian fatalities, 60 percent of which involve a head injury, the ratings system has incorporated a “pedestrian head protection performance test” since 2003 to measure how likely a vehicle is to strike walkers at neck level and above, with special tests specifically for kids on foot. That test has prompted many Japanese automakers to design cars with more sloping front-end designs and lower bumpers, which experts say can save lives.

In November of 2021, Japan also became the first country in the world to require pedestrian detection-equipped automatic emergency braking systems on all new cars. By 2024, bicycle-detecting systems will also be mandatory.

American regulators recently announced that they will soon recommend that all new cars come equipped with automatic braking, but won’t actually require it — and they’ve so far made no recommendations against vehicle heights, weights and front-end styles that are known to be be a major ingredient in the country’s accelerating pedestrian death crisis. And while those failures might not be well known among American families, they certainly subconsciously effect the likelihood that any parent in their right mind would ever let their kid walk to the grocery store, whether they’re going it alone or not.

The children of “Old Enough!” certainly deserve credit for the bravery it takes to complete grown-up errands, as do the generations of adults that designed and cultivated such family-friendly places. But let’s not forget to celebrate the Japanese auto regulators who made sure that only the most people-friendly cars ended up on those neighborhood roads — and let’s not stop pushing for American regulators to follow their lead.