JP Morgan CEO “Something Has Gone Terribly Wrong” In America 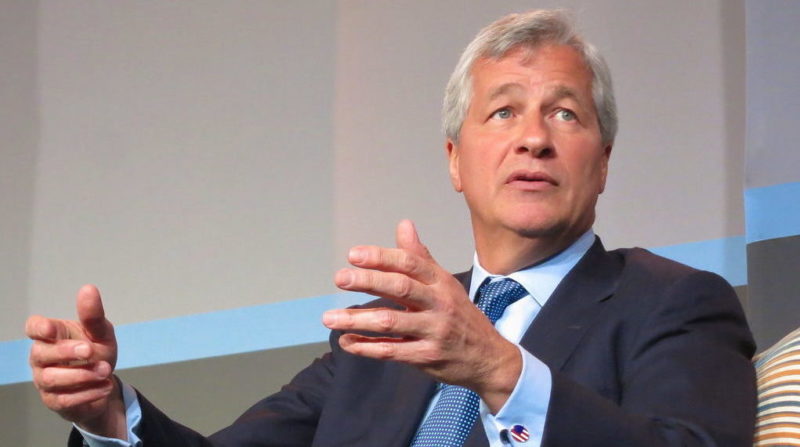 Last week I wrote to you about billionaire hedge fund manager Ray Dalio’s most recent advice for people to diversify their investments OUT of the US dollar.

Dalio didn’t pull any punches when he laid out his analysis for America’s economic future.

This article was written by Simon Black of The Sovereign Man.com.

He warned readers of the very real risk of stagflation (starting “late this year”) and tax increases that could be even “more shocking than expected”.

He also advised people to anticipate the possibility of capital controls and prohibitions against assets like gold and cyptocurrency.

That specific concept of diversification has been one of the dominant themes here at Sovereign Man over the past decade. And the fact that someone as prominent as Dalio is echoing the same sentiment suggests that we may be much closer to a reckoning that most people realize.

Yesterday, another prominent leader in the financial sector published his own thoughts on the matter.

Jamie Dimon, CEO of banking giant JP Morgan, published his annual shareholder letter, and it contained an incredibly candid appraisal of the numerous challenges facing the United States, including China:

“China’s leaders believe America is in decline. . . The Chinese see an America that is losing ground in technology, infrastructure and education – a nation torn and crippled . . . and a country unable to coordinate government policies (fiscal, monetary, industrial, regulatory) in any coherent way to accomplish national goals.”

“Unfortunately,” Dimon writes, “there is a lot of truth to this.”

He then lists goes on to provide a wide-ranging laundry list of problems that have been building for years in the United States– “I’ll give some examples, but if I tried to address them all this letter would become a book.”

Dimon cites “a litigation and regulatory system that is costly, crippling small businesses with red tape and bureaucracy”.

“huge waste and inefficiency at both the federal and state levels”

a lack of “effective immigration policies”

“Almost all institutions – governments, schools, media and businesses – have lost credibility in the eyes of the public. And perhaps for good reason: Many of our problems have been around for a long time and are not aging well.”

He also rails against the education and healthcare systems, saying:

“Our education and health issues come together in this alarming statistic: Seventy percent of today’s youth (ages 17-24) are not eligible for military service, essentially due to a lack of proper education (basic reading and writing skills) or health issues (commonly obesity or diabetes).”

Dimon goes on to explain that all of these problems “may explain why, over the last 10 years, the U.S. economy has grown cumulatively only about 18%.”

So US economic performance over the past decade has been less than HALF as strong as in the decade following previous downturns.

Dimon acknowledges that “something has gone terribly wrong. . . and people are right to feel angry and let down.”

He puts on a brave face and tells readers that the problems are fixable. And certainly, in theory, some of them should be.

For example, in theory it should be easy to eliminate corruption and incompetence in government: stop electing corrupt and incompetent people.

Yet year after year, corrupt and incompetent politicians are re-elected to powerful offices.

Dimon also suggests that the US “would do well to study the successes of the rest of the world.” To learn how to build top-quality infrastructure again, for example, learn from Hong Kong. Or he suggests the US can learn from Singapore how to build an effective healthcare system.

Yet instead the US seems to be learning from bad examples, places like Argentina and Venezuela– “all countries with tremendous natural resources that allowed, in the name of their people, their economies to be destroyed.”

Dimon writes correctly that the US has faced tough times before— “the Civil War, World War I, the U.S. stock market crash of 1929 and the Great Depression that followed, and World War II, among others. . . . But in each case, America’s might and resiliency strengthened our position in the world, particularly in relation to our major international competitors.”

Yet even Dimon acknowledges– “This time may be different” i.e. perhaps this time the US doesn’t emerge stronger.

Now, Jamie Dimon may be right. Perhaps elected leaders in the United States, and across the West, suddenly grow brains, consciences, and backbones. Perhaps people on social media set aside their differences and find common ground. Perhaps the media starts presenting unbiased truth.

And perhaps, altogether, these problems are solved once and for all, ushering in an era of peace and prosperity never before seen.