Language: Why We Hear More Than Words 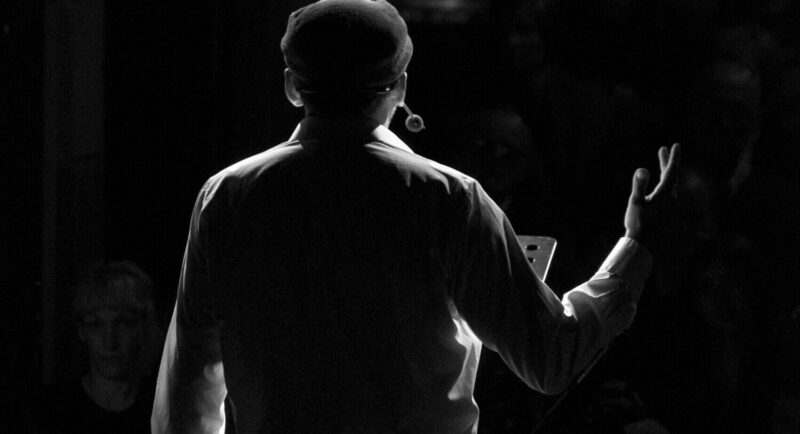 It’s a classic complaint in relationships, especially romantic ones: “She said she was okay with me forgetting her birthday! Then why is she throwing dishes in the kitchen? Are the two things related? I wish I had a translator for my spouse. What is going on?”

This article was originally published by FS Blog.

The answer: Extreme was right, communication is more than words. It’s how those words are said, the tone, the order, even the choice of a particular word. It’s multidimensional.

In their book, Meaning and Relevance, Deirdre Wilson and Dan Sperber explore the aspects of communication that are beyond the definitions of the words that we speak but are still encoded in the words themselves.

Peter got angry and Mary left.

Mary left and Peter got angry.

We can instantly see that these two sentences, despite having exactly the same words, do not mean the same thing. The first one has us thinking, wow, Peter must get angry often if Mary leaves to avoid his behavior. Maybe she’s been the recipient of one too many tantrums and knows that there’s nothing she can do to diffuse his mood. The second sentence suggests that Peter wants more from Mary. He might have a crush on her! Same words – totally different context.

Human language is not a code. True codes have a one-to-one relationship with meaning. One sound, one definition. This is what we see with animals.

Wilson and Sperber explain that “coded communication works best when emitter and receiver share exactly the same code. Any difference between the emitter’s and receiver’s codes is a possible source of error in the communication process.” For animals, any evolutionary mutations that affected the innate code would be counter-adaptive. A song-bird one note off key is going to have trouble finding a mate.

Not so for humans. We communicate more than the definitions of our words would suggest. (Steven Pinker argues language itself as a DNA-level instinct.) And we decode more than the words spoken to us. This is inferential communication, and it means that we understand not only the words spoken, but the context in which they are spoken. Contrary to the languages of other animals, which are decidedly less ambiguous, human language requires a lot of subjective interpretation.

This is probably why we can land in a country where we don’t speak the language and can’t read the alphabet, yet get the gist of what the hotel receptionist is telling us. We can find our room, and know where the breakfast is served in the morning. We may not understand her words, but we can comprehend her tone and make inferences based on the context.

Wilson and Sperber argue that mutations in our inferential abilities do not negatively impact communication and potentially even enhance it. Essentially, because our human language is not simply a one-to-one code because more can be communicated beyond the exact representations of certain words, we can easily adapt to changes in communication and interpretation that may evolve in our communities.

For one thing, we can laugh at more than physical humor. Words can send us into stitches. Depending on how they are conveyed, the tone, the timing, the expressions that come along with them, we can find otherwise totally innocuous words hysterical.

Irony is a great example of how powerfully we can communicate context with a few simple words.

I choose my words as indicators of a more complex thought that may include emotions, opinions, biases, and these words will help you infer this entire package. And one of my goals as the communicator is to make it as easy as possible for you to get the meaning I’m intending to convey.

Irony is more than just stating the opposite. There must be an expectation of that opposite in at least some of the population. And choosing irony is more of a commentary on that group. Wilson and Sperber argue that “what irony essentially communicates is neither the proposition literally expressed not the opposite of that proposition, but an attitude to this proposition and to those who might hold or have held it.”

This is a pretty complex linguistic structure. It allows us to communicate our feelings on cultural norms fairly succinctly. Mary says ‘That was fun’. Three little words. And I understand that she hated the party, couldn’t wait to get out of there, feels distant from the other party-goers and is rejecting that whole social scene. Very powerful!

Irony works because it is efficient. To communicate the same information without irony involves more sentences. And my desire as a communicator is always to express myself in the most efficient way possible to my listener.

Wilson and Sperber conclude that human language developed and became so powerful because of two unique cognitive abilities of humans, language and the power to attribute mental states to others. We look for context for the words we hear. And we are very proficient at absorbing this context to infer meaning.

The lesson? If you want to understand reality, don’t be pedantic.