Let’s Have A Future Wave Of Private Subways 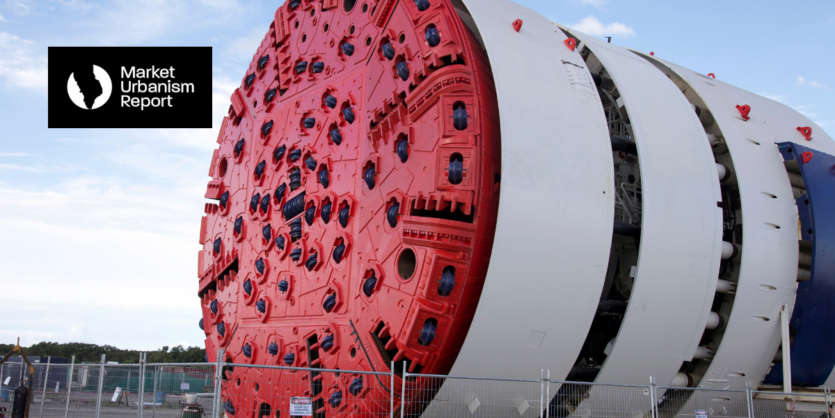 This article was written by Ethan Finlan and originally published by Market Urbanism Report.

Very little subway infrastructure is built in America today; among other reasons, it’s expensive. The most recent major project, phase 1 of New York’s Second Avenue Subway, was completed in 2018 for a cost of $4.5 billion, after nearly a century of concepts, planning, and construction.  San Francisco’s Central Subway, slated to open next year, is projected to cost $1.4 billion (or $923 million per mile).

These undertakings are seen as the domain of the public sector, and are viewed as necessary ways to get cars off the road in crowded cities.

But in earlier centuries, subways were built by private companies, typically with government franchise, and operated for profit. Could the same be done today, and more cheaply?

This is a worthwhile question amid the rapid growth of Sunbelt metros, some of which are seeing urban density. Austin, itself one of America’s fastest growing cities, sustained sharp increases in concentration in the 2000s. Houston is also densifying, as is Miami, Atlanta, Dallas, and Los Angeles.

Some of these cities have already approved public transit projects. Just recently, BART announced that its rail extension to San Jose could cost up to $9.1 billion. Other metros fund comprehensive regional light rail. But like the aforementioned subways, they are expensive, due in part to the fact that they are controlled by the government, with its union labor and fattened contracts. A cheaper—and more forward-thinking—approach is to allow private companies in on subway provision.

New York City’s extensive subway system began this way. The Interborough Rapid Transit company (IRT) built the first line, under Lexington Avenue, and the Brooklyn-Manhattan Transit (BMT) firm followed suit. This was achieved through the government granting franchise to these companies. Prior to that, streetcar firms operated transportation on street level, and this was the case in many U.S. cities.

The firms were brought under municipal control amid public pressure, and declining transit revenue amid increasing suburbanization. Since then, most mass transit has been managed and publicly subsidized by the government. The thought was that subsidies would provide more stable, reliable service than private operators could, particularly with respect to fares. Despite this, service quality has declined under state control, and inflation-adjusted fares have increased consistently.

One company, however, is experimenting with new tunneling technology to provide a sort of Subways 2.0 for modern U.S. cities. Elon Musk’s Boring Company is in the middle of an experiment in Las Vegas with its LVCC Loop Tunnel, built for only $47 million. The company notes that it carried out its project free of public subsidy, and without needing to close any roads or shut down the Convention Center under which the tunnel was built. The Boring Company intends to expand the system to 29 miles of tunnel and 51 stations across Las Vegas, with a per-hour throughput of 57,000 riders. (For the single extant tunnel, an analysis found that the carrying capacity per-hour could be at least 13,000 people.)

But Boring’s tunneling methods could, theoretically, be used for even higher capacity. A single subway line can move 30,000 passengers per hour, assuming thirty 10-car trains per hour. While the company wants for now to focus on transporting Tesla vehicles, there is no inherent reason why they could not accommodate larger modes. Moreover, the mere existence of better tunneling technology could open the door for other heavy rail operators, a trend we described in a previous Catalyst piece. Bottom line: if private subways could be built over a century ago with more primitive methods, then it’s possible today.

There has been one private metro construction project in recent history. In Gurgaon, India, a privately financed heavy rail rapid transit system was built in the 2010s. The project serves a privately-administered city with lax land use rules, an ideal test case for such a system.

Another example is from Japan, where governments have built most metro systems, but some are being privatized outright, while others have private operators traverse their tracks.

In Hong Kong, MTR rail began as a government entity, but eventually was turned into a publicly-traded company with 25% private ownership. MTR owns much of the land around stations and develops them densely, creating a revenue stream and customer base for the train. It is conceivable that such an arrangement could be pursued by a U.S. city, with municipal authorities holding a fixed percentage of shares in a public rail company, while the rest are put out to bid on a stock exchange.

Could advanced tunnel boring bring about a new era of rail transit?

The main issue is whether such a project would generate return on investment. In Gurgaon, the record has been dismal, carrying below 10% of projected riders. But it is early in the project’s history. More crucially, it was built by landowners who thought it would increase land values. So it is not like the system needs to be profitable to still be a market outcome.

For governments to encourage more cases like the Boring Co., MTR, and Gurgaon Rapid Metro, it needs to have certain conditions in place. Governments in cities that were seeking private operators would need to sell ground rights to the operator. In exchange, the operator would receive no taxpayer subsidy for the project, but also not be restricted in fare increases or operating policy. Another thing governments must do is deregulate land along these lines, so that there are also real estate opportunities to lure in private operators.

These are what major U.S. cities need to think about as they continue to grow and urbanize, and are faced with pollution and congestion. There have been high-profile cases of trying to solve this with white elephant transit projects. But it could be that the private sector, just as it is interested in inter-city passenger rail, is interested in intra-city heavy rail, including subways. It is the city governments’ responsibilities to be accommodating to these ideas.

This article was co-authored by Scott Beyer and originally appeared in the Independent Institute.