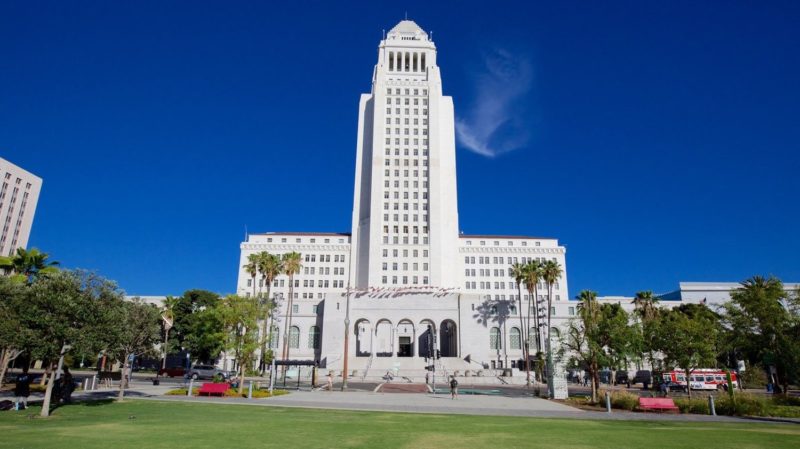 The Los Angeles City Council voted unanimously 13-0 on Tuesday to create or add 25,000 housing units for the homeless by 2025.

This article was written by Evan Symon and originally published by The California Globe.

The new housing dictum, which is part of Councilman Kevin De Leon’s “A Way Home” initiative, would utilize existing resources such as Project Homekey and pool together different housing types across the city including scattered site housing, tiny homes, mobile homes, new apartment units set aside for low-income housing, building conversions to housing, units in safe parking areas, and other forms of permanent supportive housing to reach 25,000 units for the homeless in 4 years time.

To be funded by part of the $12 billion in federal funds that were allocated to help fight the homeless crisis in California, the 25,000 unit legislation failed to go so far as to set any consequences for not meeting the unit goal by 2025, with Councilman De Leon only saying that the council members would be held accountable by the ballot box.

“The city of L.A. can hold us accountable now because we must produce come hell or high water, by hook or crook in some form way or shape those 25,000 units by the year 2025,” said Councilman De Leon on Tuesday. “Everyone’s on the hook. If anyone believes that it’s the City Council’s exclusive responsibility to deal with schizophrenia, bipolar disorder, to deal with deep entrenched systemic and generational poverty or dealing with structural racism, they are delusional. That’s why our friends in Congress have to step up and if not, they need to step out, because it’s all hands on deck today.”

“There’s an allocation of $12 billion that’s coming down the pipeline for the next two years. We can take advantage of all the vacancies through master leasing. We can do adaptive re-use by purchasing old buildings and converting them right away.”

“Too many people have died on our streets and in our alleys. Last week it was 1,383 individuals who lost their lives … today we’re making a significant decision that will begin to erase our city’s most indelible mark of shame. The time for studying the crisis and hearing from experts, I believe, is over. Now is the time for action and delivering tangible results. Now is the time to get a roof over the heads of our unhoused neighbors and give them an opportunity to regain their lives and restore the pride of a great city.”

Council members agreed with De Leon on Tuesday, noting appreciation toward creating more housing rather than another homeless initiative that only studies the problem with no actual relief or housing.

“There’s no question that the housing crisis is inextricably linked to homelessness, and I believe and I think it’s the intent of de Leon to say precisely this: The best solution is to create more housing and a lot of it,” added Councilman Mark Ridley-Thomas.

However, many also noted on Tuesday that new housing needs to be added more quickly despite the ambitious 2025 25,000 unit goal.

“We are seeking all creative solutions possible to address the problem, but we got to do more and we got to do it quicker,” said Council member Curren Price on Tuesday.

Critics also noted how unrealistic the plan was considering current homelessness levels, the recent major restrictions placed on homeless people in LA, and a projected rise in homeless people after September 30th when eviction moratoriums end across the city, county, and state.

“25,000 units is a lot. There is no denying that,” explained LA-based temporary housing placement advisor Lucy Skiles to the Globe on Wednesday. “But as good as long-term plans are, there is a lot of short-term concern, and the city is not addressing where all of these people are going to go. Homeless can now effectively be moved from a lot of areas and the end of the eviction moratorium is coming. It’s clear that the city does not want them, but there is a massive influx looming whether they like it or not and it needs to be addressed very soon.”

Los Angeles has already had a busy year when it comes to homelessness legislation and action. Both Echo Park and Venice Beach were cleared of homeless encampments in April and July respectively. Prior plans for increased homeless housing in the Spring by placing them at sites near beaches failed to gain support. A District Court order passed in April to either give or offer shelter to all the homeless in the Skid Row District of Los Angeles by October has been held up in courts since May, pretty much destroying the original imposed deadline. And, perhaps most notably, a homeless encampment ordinance that bans the homeless from staying on sidewalks, overpasses, parks, and other public areas passed late last month, bringing about the most sweeping homeless changes in the city in years.

“It’s already been quite a year,” added Skiles. “And it’s still only mid-summer. A lot more homeless legislation can still pass, so city needs can change at the drop of a hat. I’d say that I hope they know what they’re doing, but it’s obvious that no one knows how to solve this. They mean well with the ordinance passed yesterday, but it’s a crisis now, and it’s going to get worse in the next few months.”