Los Angeles Is Titletown Once Again 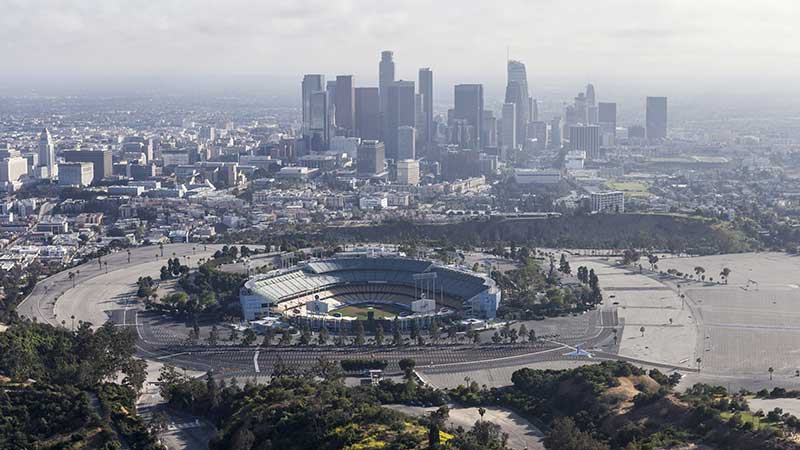 Comparing and contrasting the circumstances and differences in the Dodgers and Lakers’ recent championships.

For fans of the top teams, there is no “Maybe we’ll get them next year.” As with other large-market teams (Boston, New York, etc…), it’s become title or bust each and every season.

The Lakers capped off one of the strangest NBA seasons ever by claiming the 17th championship in franchise history, tying them for most championships for a franchise with their heated rivals, the Boston Celtics,. Their win came a decade after their last NBA title and in their first year in which they even made the playoffs since 2013. The all-in trade for Anthony Davis before the season started paid ultimate dividends, as LeBron James and AD brought a title in their first season together, but now the pressure will be on the team to repeat. Lakers fans are nothing if not lofty in their expectations.

With teams in the West continuing to emerge and develop, and a returning superpower in the now-healthy Golden State Warriors, the Lakers will have to navigate an especially tricky offseason and free agency period to ensure depth in their key role players.

Down the street at Dodger Stadium, things are a bit more set up for an extended run. Much like the Anthony Davis trade, the Dodgers’ move to acquire Mookie Betts from the Boston Red Sox paid immediate dividends. Betts’ skills and championship experience finally gave the Dodgers a player they could count on and turn to when things started to get tight. The emergence of Cody Bellinger, NLCS and World Series MVP Corey Seager, Julio Urias, and others alongside Betts has the Dodgers set up to maintain NL supremacy for the duration of Betts’ historic 12-year contract.

Each organization had heavy expectations hanging over their postseason runs. With the Lakers dedicating their season to the late, great Kobe Bryant, it quickly was apparent that anything other than a championship, even in the Orlando NBA Bubble, would be disastrous. For the Dodgers, it was their eighth straight postseason appearance and third World Series appearance in four years, yet they had no titles so far to show for it. They were running the risk of becoming MLB’s version of the 1990s Buffalo Bills: a supremely talented team that just couldn’t get over the hump.

This is specifically true when looking at LA’s future Hall of Fame pitcher, Clayton Kershaw. “Playoff Kershaw” has long been criticized and judged for his less-than-stellar postseason appearances, including bad performances in the 2017 World Series against the cheating Houston Astros. With two wins in this World Series, Kershaw dropped the baggage of previous failures in exchange for the proper adulation and respect the all-time great has earned over his career.

Both teams have huge questions heading into free agency, and there’s a strong chance that these rosters of fan favorites will look different by the time the leagues are able to figure out when the next seasons will begin. One thing is certain though; whoever takes the court, or the field, will have much of Los Angeles behind them, along with all the pressure for continued success that comes with Lakers and Dodgers expectations.