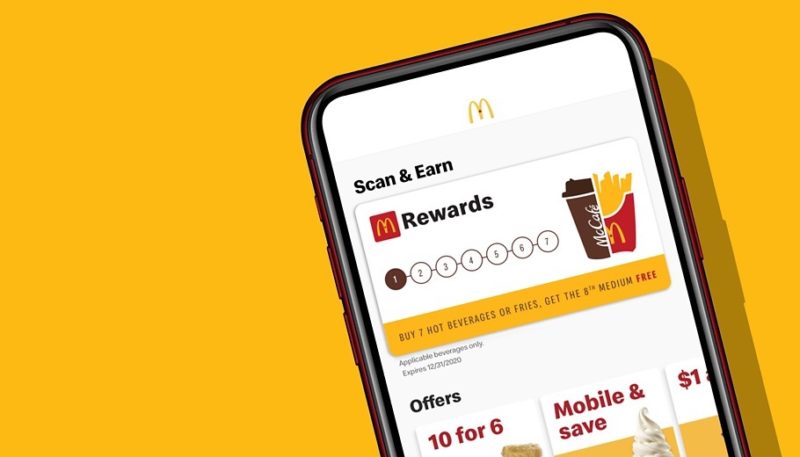 Loyalty programs have been a hit among customers for countless quick-service restaurants. Starbucks, Dunkin’, Chipotle, Taco Bell and Domino’s are just some of the companies that have built a dedicated customer base by offering rewards and promotions to members.

This article was written by Market Crumbs.com.

With a national launch of MyMcDonald’s anticipated this year, McDonald’s confirmed the pilot is now being tested in New England, Nevada and Arizona. Approximately 900 of McDonald’s 14,000 U.S. locations are currently part of the pilot.

Customers who use MyMcDonald’s will earn 100 points for each dollar that they spend, while McDonald’s will run targeted promotions that offer additional rewards opportunities. Rewards members will be able to redeem points across 16 menu items after hitting milestones of 1,500, 3,000, 4,500 and 6,000 points.

“Our customers have been clear, they want even easier ways to order a Big Mac and World Famous Fries and to be rewarded for their loyalty. With MyMcDonald’s Rewards we’re doing just that,” McDonald’s U.S. Vice President, digital customer experience and media Alycia Mason said. “These tests are the first step to gather valuable customer feedback ahead of a nationwide launch later this year.”

McDonald’s says more than 85% of the MyMcDonald’s Rewards members that have participated in the pilot are satisfied.

However, not everyone is satisfied with the rapid changes taking place at McDonald’s to improve the customer experience as the costs of doing so are coming due. According to Restaurant Business, McDonald’s franchisees are reportedly unhappy about a handful of charges and subsidy cuts that could cost them an estimated $170 million this year.

McDonald’s will now charge franchisees monthly for technology investments instead of every six months as McDonald’s operators feel the company is increasingly passing along costs to them. Operators are paying McDonald’s $250 million every year for technology fees as they also fight to gain more control over how much McDonald’s spends on digital strategies.

While McDonald’s is preparing for the launch of MyMcDonald’s to give customers an improved experience, it may be coming at the expense of its relationship with its franchisees.