Medical Maggots To The Rescue 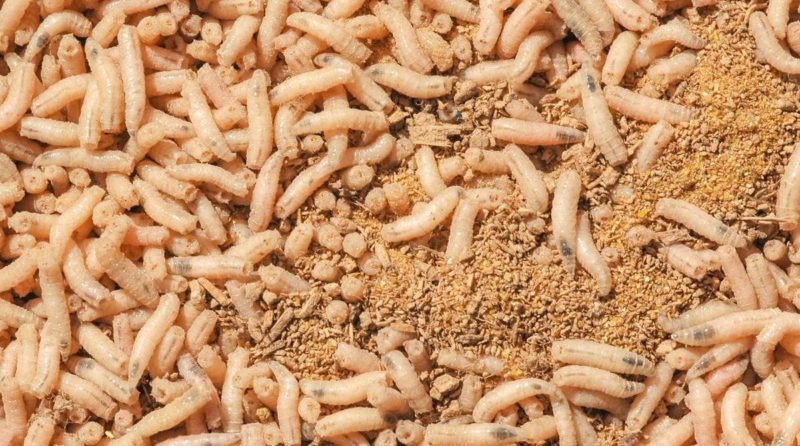 Image Courtesy Of The Statesman

Do you or someone you know suffer from chronic pressure ulcers, diabetic foot ulcers, venous stasis ulcers, osteomyelitis, or any other soft tissue wound? If so, the best line of defense might be “larvae of therapeutic fly species” or as they’re commonly known as Medical-Grade Maggots.

In today’s world, we see hundreds of odd therapy treatments that folks even fifty years ago could not have imagined. We have hydrotherapy, cryotherapy, hypnotherapy, float-therapy, and so on, but this type of therapy takes the cake in strange yet popular therapies of the 21st century. While maggot therapy may be news to most of us, it has been studied to some extent for nearly 500 years! These maggots were first observed at work by Ambroise Paré, Charles IX’s general surgeon in 1557, and in 1829 a surgeon in Napoleon’s army began to use maggots on his injured men to prevent bacterial infection and promote faster healing.

Years passed without further serious study on this treatment until 1929 when William Baer, an orthopedic surgeon at John Hopkins University, applied maggots to wounded individuals in an effort to heal their tissues. He then brought his research to medical conferences across America.  After bringing this therapy to the medical world’s attention, it became widely used throughout the 1920s and 1930s. However, after World War II, advances in medicine made the use of antibodies and surgical remedies far more popular than the squeamish maggot therapy. These medical advancements were seen as a superior method of treating wounds, we no longer needed to place disgusting, creepy maggots on people’s injured skin, but the medical community and general public may have been wrong to do away with the bug-based healing method since maggot therapy has no recorded negative side effects and is more cost-effective than other treatments! Scientific studies have shown medical maggots help wounded victims in three ways: they clean the wound by moving around the injured area and dissolving dead tissues with their strong digestive enzymes, they stimulate tissue development and the growth of new healthy cells, and they kill bacteria in the wound with their antimicrobial microbes.

According to peer-reviewed studies done by the US National Library of Medicine, maggot debridement therapy (MDT) is safe, effective, and well-controlled method of healing wounds. This is because the maggots being used are just any old maggots you might find feasting on some rotting meat, but they must meet specific criteria. These wriggling larvae must be sterile maggots typically of the “sheep blowfly” (Lucilia Phaenicia) or the “blowflies” (Calliphoridae) species. And luckily for the patients, these fly larvae are selected for their preference to dine on necrotic tissue, not healthy cells!

The process is somewhat stomach-turning as the doctor will place approximately 100 live, squirming maggots onto the infected area then wrap gauze over the wound to keep the maggots in the general vicinity. The patient will then keep the maggots on their skin anywhere from 2 to 5 days depending on the extent of the damage.

A typical round of MDT therapy only costs about $100 a session, saving you thousands of dollars and avoiding more invasive methods like surgery. There are currently about 1,000 doctors right in the USA that perform maggot debridement therapy so there are plenty you can contact if you’re interested in exploring an alternative, cost-effective, and more natural method of healing your wounds.