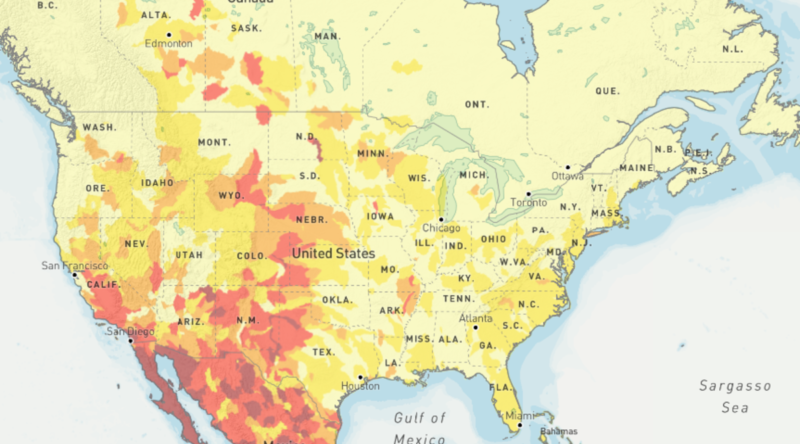 A long standing battle between states over water rights is headed to the Supreme Court.

The battle over water rights is heating up. Please consider the State of Mississippi v. City of Memphis and Memphis Light, Gas, and Water now on the Supreme Court Docket.

Mississippi’s complaint alleges that MLGW has “forcibly siphoned” off its water to the tune of billions of gallons. Compl. ¶ 23. And that without modern pumping technology none of that water would be available to Tennessee. Id. at ¶ 24. To make matters worse, Mississippi says Tennessee has removed groundwater far beyond “the water’s natural seepage rate.” Id.

Evidence of Tennessee’s heist, Mississippi claims, can be seen in “substantial drop in pressure and corresponding drawdown of stored water in the Sparta Sand” and the “cone of depression” that extends into north Mississippi. Id. at ¶¶ 25, 30. Because Tennessee is allegedly stealing water at such a rapid rate, Mississippi must now drill wells to substantially greater depths. Id. at ¶ 54(b). Naturally, that practice has increased the costs on Mississippians who rely on the Aquifer for their groundwater.

Mississippi now seeks both declaratory relief and money damages for the taking of its groundwater. The declaratory judgment would establish Mississippi’s “sovereign right, title and exclusive interest in the groundwater stored naturally in the Sparta Sand formation” which would not be available to the Defendants without pumping.

This suit has been brewing for years. But analysts strongly favor Tennessee.

For example, the University of Chicago Law Review writer Joseph Regalia says Mississippi’s Plea to the Supreme Court That It “Owns” Its Water and That Tennessee Is “Stealing” It Is Just Wrong.

States have been fighting over water for a long time, and usually, the U.S. Supreme Court has settled those disputes by using a doctrine called equitable apportionment: a flexible standard that allows the High Court to balance the states’ competing interests in water and issue a decree that splits the water up between those interests.

But what’s new is that Mississippi has tried to resurrect an old theory to avoid the normal equitable apportionment process, seeking to hoard water for its own uses without sharing. Mississippi’s theory is misleadingly simple. The state says it owns the water in its borders and that Tennessee is stealing it. After the case was sent to a Special Master, Tennessee moved for summary judgment, but the Court denied it (surprising many of us), and the case has been percolating for years now.

Mississippi claims outdated and overruled property rights in a public water resource. Why Mississippi takes this novel approach is no mystery: the state believes that claiming an “ownership” interest in its water will strip the Supreme Court of its power to balance competing interests and allocate water for the good of both Mississippi and Tennessee citizens.

So yes, Mississippi is within those rights in challenging Tennessee’s pumping if it harmed the public’s interest in Mississippi waters. But no, Mississippi does not have any proprietary property right in this water that allows it to skirt around the Supreme Court’s power to equitably balance competing interests in groundwater resources.

But even if Mississippi suffered harm to entirely intrastate water resources—that would be of no matter here. Mississippi does not “own” either interstate or intrastate waters. The state instead has the very different sovereign interest of protecting the Mississippi public’s continued use of its water resources, whether interstate or intrastate. This is the same interest that Tennessee holds in the water within its own borders. And the only sort of test that can resolve disputes between co-equal sovereigns—representing co-equal citizens—is a flexible one that accounts for competing interests held by the citizens of both states.

Not the Only Battle Brewing

That case pits two Utah counties against each other.

Utah is also battling Las Vegas as noted in Residents of Utah’s West Desert continue their fight for water. High Country News portrays that case as Killing the Vegas Pipeline.

The St. Louis Fed notes that Arkansas, which is in the Eighth District, is the fourth-largest user of fresh water overall and the second-largest user of groundwater after California. Arkansas uses groundwater for most of its agricultural needs, including the controlled flooding of its rice crops. Arkansas is the country’s top rice-producing state, with 40% of the U.S. crop. It also irrigates its cotton crops; in 2020, Arkansas was the third-largest cotton-producing state.

In the latest Arkansas Groundwater Protection and Management report, the division notes that withdrawals of groundwater are happening at an unsustainable rate.