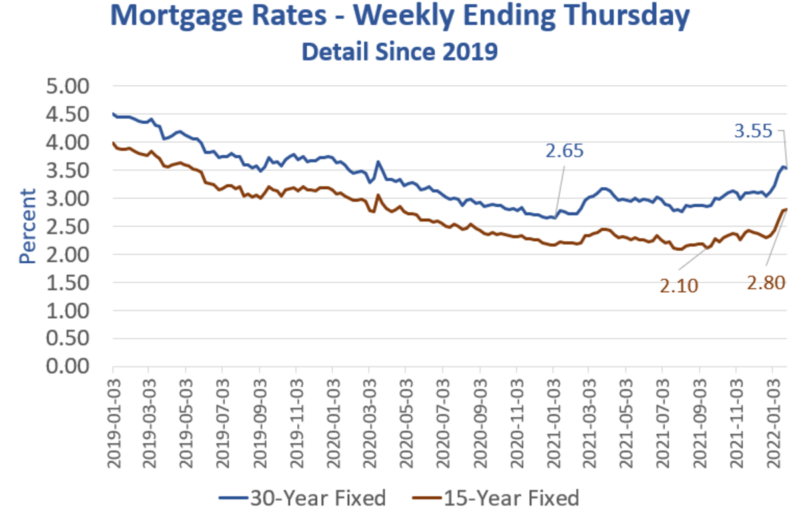 Housing is about to stumble and it won’t stop there. Liquidity is drying up on multiple fronts simultaneously.

Mortgage rates are inching higher and higher. The chart numbers are as of last Thursday.

Rates are still low historically, but home prices sure aren’t.

The Fed has encouraged housing speculation by keeping interest rates low. Half of its monthly QE asset purchases have been mortgage-backed securities.

That support ends in February or early March.

What Can Go Wrong?

Low rates also put money into people’s pockets via refinancing at a lower rate. We also had cash out refis.

That liquidity support ended as well. Anyone who could have profited by refinancing has already done so.

It would take new lower rates for another refi boom to happen.

Add it all up and the overall liquidity drain is massive. Housing rates to cool and there are signs of that already.

The stock market and related euphoria also supported housing. 17 percent of recent purchases were made by people who already owned a home.

The stock market highs supported all kinds of purchases, including autos, travel, dining, and real estate.

With Nearly Everyone Looking the Other Way, It’s Time to Discuss Recession

Liquidity is drying up on multiple fronts simultaneously.

That is why With Nearly Everyone Looking the Other Way, It’s Time to Discuss Recession.