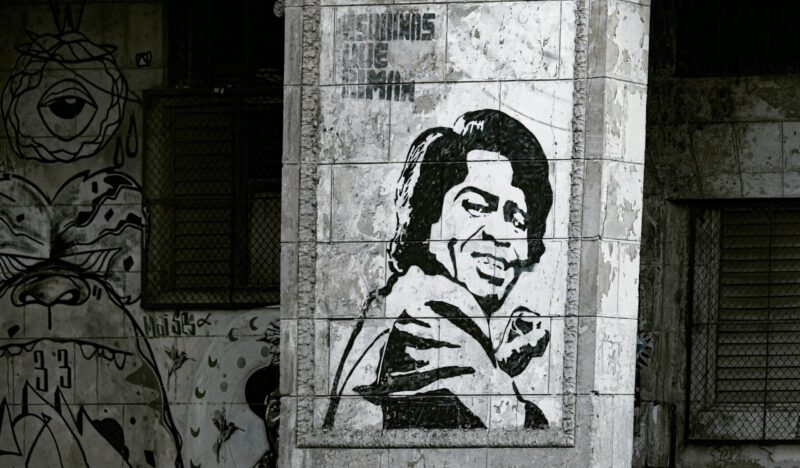 In this day and age, new waves of culture, art, science, history, and technology appear almost out of thin air. Geniuses, fascinating revelations, and important discoveries are conceived left and right. Yet, in the world of music, producers are reverting to old dogs to do new tricks. Sampling music has been a widespread practice since its inception decades ago. Some of the world’s greatest hits were built upon samples from songs by iconic artists over 50 years ago.

Lyn Collins is no household name among today’s younger generations. Yet, there’s no doubt they hear the impact of her infectious melodies. “You’ve heard her if you’ve heard any late 80s hip-hop…if you were into the funky soul of the early 70s…if you were collecting rare 60s girl group records.” (uDiscoverMusic) Collins’ “Think (About It)” is sampled in Snoop Dogg’s banger “Ain’t No Fun (If the Homies Can’t Have None).” This track is also featured in J Dilla’s “Ash Rock” and Robe Base & DJ E-Z Rock’s hit “It Takes Two.” Now, this is only one of her tracks. Several artists like 50 Cent, LL Cool J, Eazy-E, Nas, Ghostface Killah, Ludacris, and even Bruce Springsteen use several of Collins’ songs to collage their masterpieces. So it’s no surprise Ms. Collins came in at #3 on WhoSampled’s list of “Most Sampled Artists.” Under the wing of legend James Brown, Collins undoubtedly became a pure-bred hit-maker.

Coming in 2nd place on WhoSampled’s comprehensive list is a possibly even lesser-known group: The Winstons. Born in Washington D.C., The Winstons signed to Curtis Mayfield’s label, Curtom, in 1968 (Soul Walking). The rest is history. The Winstons have been sampled almost 6000 times by artists of varying genres. Their most significant hit, “Amen, Brother”, is sampled in N.W.A.’s groundbreaking “Straight outta Compton.” Artists like The Prodigy, Jay-Z, Tyler, the Creator, Skrillex, Oasis, Calvin Harris, Amon Tobin, and 100 Gecs have also utilized this track. On top of that, “Amen, Brother” is the #1 most sampled song of all time. “By its count, more than 2,000 songs have sampled a particular drum beat from “Amen, Brother” that’s now known as the Amen Break.” (FiveThirtyEight) Artists who have sampled the “Amen Break” range from Janet Jackson to David Bowie, and even Slipknot. This improvised drum break has spanned several genres and continues to echo an incredible beat to this day.

Having been sampled in around 9000 songs, #1 on the list hands-down goes to the king himself, James Brown. Also known as the Godfather of Soul and “the Hardest-Working Man in Show Business”, Brown acquired countless awards and accolades for his contributions to music (Britannica). He was the producer behind the hits mentioned above by Lyn Collins,’ which ended up being sampled by legends like Snoop Dogg and J Dilla. Additionally, his “Funky Drummer” has been sampled in Dr. Dre’s “Let Me Ride” and Public Enemy’s anthem “Fight the Power.” Kanye West, Childish Gambino, Naughty by Nature, NWA, Logic, the Beastie Boys, A Tribe Called Quest, and De La Soul are a few legendary artists who have sampled Brown’s “Funky President (People It’s Bad).” This song was sampled by Kanye on more than one occasion, among other Brown tracks. The Godfather of Soul’s riveting “The Payback” is sampled in Kendrick Lamar’s “King Kunta”, The Notorious B.I.G.’s “Can’t You See”, En Vogue’s “My Lovin’ (You’re Never Gonna Get It), Nas’ “Get Down”, and Tupac’s “Souljah’s Revenge.” When James Brown rhythms meet legendary artists, good things happen.

It’s true. Legends never die. Even long after their passings, the iconic anthems, exhilarating rhythms, and soothing songs of artists live on through the beautiful practice of sampling. Technology has given producers the capability to bridge legendary masterpieces of yesteryear to the art of music as we know it today.