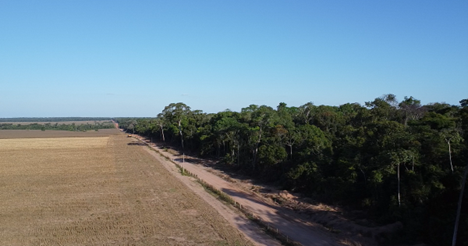 On one side of the fence, amid dense forest, the Mỹky people grow their crops: cassava, pequi and cabriteiro fruit. On the other, ranchers raise cattle on devastated land that has been seized from the Indigenous community.

This article was written by Elisângela Mendonça , Andrew Wasley , Fábio Zuker and originally published by The Bureau Of Investigative Journalism.

Xinuxi Mỹky, the village elder, says this whole region used to be a forest where different villages thrived. Now only one remains, and the farms have cut into that land as well. “This pasture, where the whites live, was also our village, but now they are raising cattle. The land belonged to us: Indigenous peoples.”

Although the Mỹky people have lived here for centuries, the Menku territory – on the border of the Amazon rainforest and Cerrado savanna in Brazil’s Mato Grosso state – was only recognised by the Brazilian government in the mid-70s.

Final demarcation of the area is still under consideration; the Mỹky nation calls for the recognition of the full extent of their territory and the federal government has yet to evict the farmers occupying the area.

There are now studies that recognise the entire Mỹky territory. However, the demarcation process is being contested in the courts and is currently frozen under president Jair Bolsanaro. Meanwhile, farmers continue to destroy swathes of forest to plant crops and graze cattle.

A new investigation can reveal that cattle raised here ended up at an abattoir linked to a global supply chain that includes the food and drink giant Nestlé – which uses beef in its baby food, pet food and seasonings.

Other major companies in this murky supply chain have included McDonald’s and Burger King.

McDonald’s said it did not source meat from farms overlapping the Menku territory in 2021 and 2022. Burger King said it does not discuss its strategic suppliers.

The abattoir in question is owned by Marfrig, Brazil’s second-biggest beef company, which claims it does not purchase livestock from farms that illegally encroach on Indigenous land or destroy sections of rainforest.

But research by the Bureau of Investigative Journalism, O Joio e O Trigo, NBC News and the Guardian can reveal that hundreds of cattle raised inside the Menku Indigenous territory were taken to Marfrig’s Tangará da Serra abattoir.

A number of the 700 Marfrig cattle suppliers we analysed were linked to over 150 sq km of deforestation in recent years. Marfrig said it could not respond to these allegations without more detailed information.

The findings raise fresh concerns about the impact of the beef trade on the world’s largest rainforest – a vital buffer against climate change – and cast doubt on industry pledges to monitor supply chains and combat deforestation.

Indigenous territories are theoretically protected from land grabs by the Brazilian Constitution. However, the number of illegal properties registered inside these territories has dramatically increased under Bolsonaro’s presidency, putting Indigenous peoples under severe pressure.

In Mato Grosso, the farmers encroaching on the Mỹky’s land have legally contested the demarcation of the territory, with the support of some local politicians.

The dispute has endangered the 130 Indigenous people who live there. André Lopes, an anthropologist who works with the Mỹky people, said the community is frequently threatened. “The relationship with local farmers is unstable, unpredictable, and can be one of persecution and open hostility in some cases,” he said.

‘There is much talk about conservation but in practice we don’t see any concrete action. We are fighting alone’ – Tupy Mỹky, Indigenous teacher

For Paatau Mỹky, the farms’ fences present a literal barrier to her craft by impeding access to tucum palm trees. Traditionally, women use tucum fibres to make handicrafts such as fishing nets and baskets.

“We used to live in that space, but the whites came and took our land and the forest,” she said. “It is from that farm that we took tucum to make the ropes for our nets, and which nowadays has become a place for cattle raising.”

Marfrig is one of Brazil’s biggest meatpackers, with 32,000 workers and revenues in 2021 of around US$15bn. It slaughters as many as 5 million cattle per year in its South American operations.

Details about its suppliers are kept under wraps, but our investigation has obtained information on some of the hundreds of properties in the Amazon and Cerrado that it buys from for its Tangará da Serra meat plant.

A comparison of satellite imagery and land registry documents revealed forest loss inside the perimeters of many of these ranches over a six-year period. Cross-referencing the imagery with public records identified two properties overlapping the Menku Indigenous territory.

One, Cascavel farm, directly trucked cattle to Marfrig in 2019, according to documents obtained by the Bureau. The farm did not respond to the Bureau’s requests for comment.

Shipping records reveal that the Tangará da Serra abattoir has exported more than £1bn worth of beef products since 2014 to various buyers. Destinations include China, Germany, Spain, Italy, the Netherlands and the UK.

Marfrig told the Bureau it only considers Indigenous land to be those that have received presidential approval. Since Bolsonaro came to power in 2019, he has not approved any.

Nestlé told the Bureau it “phased out” Marfrig as a meat supplier in 2021 and that this will be reflected in an annual update of its suppliers’ list. It said 99% of the meat it sources is “assessed as deforestation-free” and it is taking further steps to help ensure that no meat ingredients from Marfrig enter its supply chain.

Marfrig has been repeatedly exposed for links to illegal deforestation and other violations in its vast supply chain, which includes about 10,000 ranchers in Brazil.

In 2020, a Repórter Brasil investigation revealed how it directly and indirectly sourced cattle from ranchers who raised animals illegally inside the Apyterewa Indigenous territory in Pará state – one of the most deforested Indigenous lands in recent years.

Marfrig claimed at the time that the equipment used by the authorities to demarcate land was not precise and allowed for a margin of error. Marfrig told the Bureau that it “ended operations in the state” in March 2020. 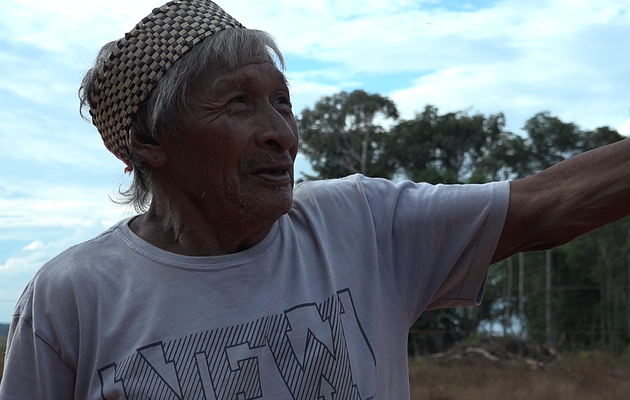 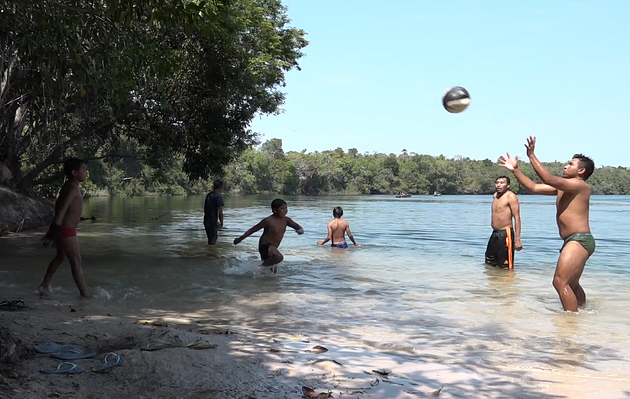 The Mỹky people have lived in the Menku territory for centuries

Last year, the Bureau revealed that beef from farmers accused of illegal deforestation had been making its way into global supply chains, including those serving Marfrig.

Marfrig told the Bureau it has been working continuously to mitigate any link between illegal deforestation and other irregularities in its production chain.

Law of the land

The Mỹky’s land dispute is now being heard in Brazil’s supreme court. A recent preliminary ruling favoured the community over the farmers but the case has yet to be concluded, the supreme court told the Bureau.

The state environment authority for Mato Grosso confirmed to the Bureau that the farms in question are on Indigenous land but said that, because the land has not yet been formally demarcated according to a policy put in place under Bolsonaro’s administration, the properties are not illegal.

Cristina Leme, a senior legal analyst at the Climate Policy Initiative thinktank, sees no foundation for the farmers’ argument. “Brazil’s Constitution protects all lands traditionally occupied by Indigenous people,” she said. “There is no justification, from the constitutional point of view, to allow the registration of a property that overlaps the Menkü territory.”

In Brazil, land registration in rural areas is self-declaratory. As Ricardo Pael, a federal public prosecutor in Mato Grosso, puts it, “anyone can claim they own a patch of land, wherever that is”. He added: “What needs to be done is a quick review by competent governmental bodies to verify the legality of that self-declaration.”

Tupy Mỹky, an Indigenous teacher said: “There is much talk about conservation, and people concerned about climate change. But in practice we don’t see any kind of concrete action. We Indigenous people are fighting alone.”