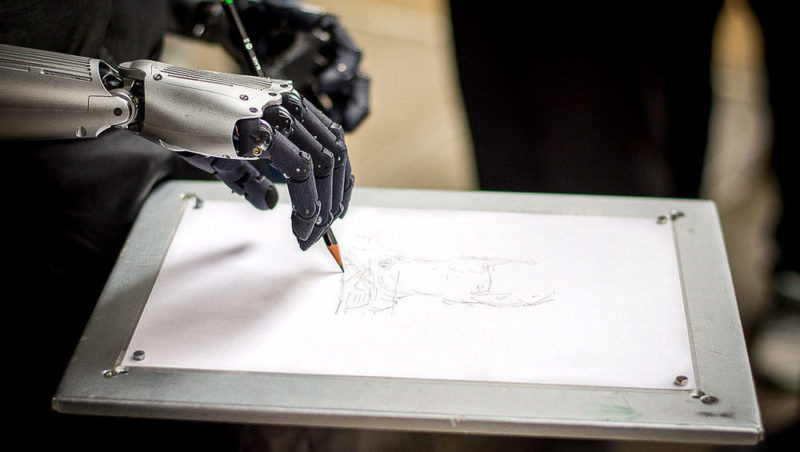 With NFTs of everything from tweets, artwork and even a clip of LeBron James attracting top dollars lately, it shouldn’t be surprising that an NFT artwork by a robot sold at an auction.

A 12-second MP4 file titled “Sophia Instantiation,” and an accompanying physical printout, sold for $688,888 at an auction in Hong Kong yesterday in what may be the first ever sale of a piece of artwork by a robot. The piece shows a portrait of Sophia done by Italian digital artist Andrea Bonaceto and how it evolves into a digital painting done by Sophia.

“I’m so excited about people’s response to new technologies like robotics … and am so glad to be part of these creativities,” Sophia told Reuters, who pointed out the robot was wearing a silver dress.

“I was kind of astonished to see how fast it shot up too as the bidding war took place at the end of the auction,” Sophia’s creator David Hanson of Hanson Robotics said. “So it was really exhilarating and stunning.”

The New York Times notes Sophia said that the auction is a step toward “a new paradigm where robots and humans work together in the creative process.”

However, when speaking during the auction, Sophia left everyone wondering what’s next.

“I’m making these artworks but it makes me question what is real,” Sophia said. “How do I really experience art, but also how does an artist experience an artwork?”