Nihilism: The Zeitgeist Of Our Age 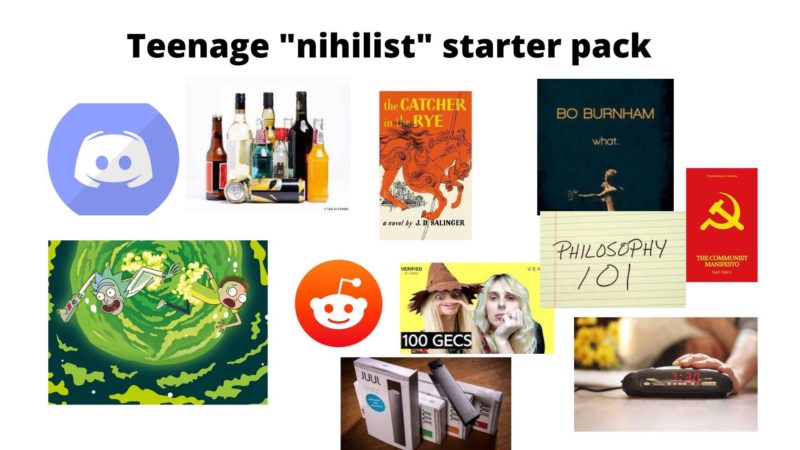 “As far as I am concerned, I resign from humanity. I no longer want to be, nor can still be, a man. What should I do? Work for a social and political system, make a girl miserable? Hunt for weaknesses in philosophical systems, fight for moral and esthetic ideals? It’s all too little. I renounce my humanity even though I may find myself alone. But am I not already alone in this world from which I no longer expect anything?”

This article was written by Ben Bartee of The Daily Bell.com.

The zeitgeist in 2020 is abrasive nihilism paired with impotent rage. “Nothing means anything.” Like a virus, it’s permeated music, television, “journalism” (to the extent that bona fide journalism is practiced at all), and politics.

The media, the distributors of the corporate/state-approved zeitgeist, is the top contender for most culpable. The self-hate and hopelessness they have foisted on the American population — which filter by now through every medium of mass communication — is tantamount to a spiritual genocide.

Family Guy, the most successful adult-themed cartoon, exhibit A for the nihilism that has permeated into the mainstream consciousness, is the postmodern poster child of the era.

The show’s episodes are predicated on nonsensical plots that can essentially be boiled down to empty, moral-free, cynical lampooning of pop culture.

Why do people suffer? Is there any inherent meaning to life that might make suffering worthwhile? Can our essence be boiled down to a walking, talking joke? Do we exist as a punchline to a flaccid joke we’re all in on?

Whereas the best traditions of art find new means to point out flaws in the sociocultural structure and, in turn, spur change, modern pop culture “may be derisively funny, but it never rises to the level of authentic social critique that intends to affect social change.”

As Adam Kotsko put it, “This is the afterlife of postmodernism: endless pastiche, with neither subversive nor playful intent.”

And what do you do if you don’t believe that anything matters? You consume and you wait to die – exactly the desired outcome.

The corporate media hates Jordan Peterson (a notably mild-mannered, personable academic in the great tradition of ultra-polite Canadian ethos) – and not just for his refusal to bend the knee to the Canadian authorities who insisted, with the backing of punitive legislation, on professors’ mandatory use of transgender students’ “preferred pronouns.”

Yes, Peterson got his initial 15 minutes from an episode in which he stood his ground while being harangued by an SJW mini-mob over his alleged “fascism” (i.e., he was not sufficiently compliant). But that’s not what sustained his rise to prominence – and certainly not the only reason he packed venues from Coast to Coast to a thirsty audience.

Peterson isn’t beloved because he occasionally goes on anti-SJW rants (those are a dime a dozen); he is famous because he offers value and meaning to the young people’s lives who watch his content and attend his events: self-dignity, sacrifice, and backbone in the face of nihilistic postmodernism.

Whether reality is entirely a social construct or not is an interesting ontological debate within sociology and other fields – but, even it were given that the most extreme iterations of the Sociological Third Reich were also the truest, what cannot be denied is that arbitrariness as the defining feature of the universe is soul-crushing.

The music industry, broadly speaking, instantiates the self-destructive pathological, angst-driven McRebellion ethos in teenagers who are psychologically naturally receptive to the message. 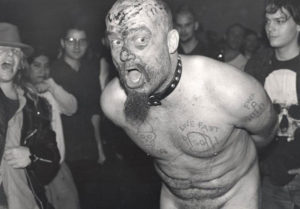 The nihilistic mania of the music industry has roots that extend back in time decades – most exquisitely with the likes of GG Allin (a genius in his own respect yet the True North embodiment of virulent self-hatred and self-destruction). The torch was later passed to Kurt Cobain and then onto others.

The issue at hand is not that Nirvana or other dark-themed musical acts did not produce high-quality music; many of them certainly did. The issue is that such philosophy as prescribed by the lyrics is not conducive to a fulfilling life.

The quality and entertainment value of the music industry’s nihilism declined in subsequent years, eventually degenerating into the modern Lil Xan, a barely out-of-adolescence sad white rapper who writes songs about taking Xanax and being sad. 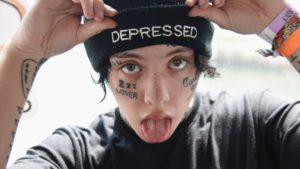 Lil Xan is the tragic and pure product of vapid, “self-affirming,” materialist consumerism. This is what public schools and lazy parents and negligent doctors from California to Maine have done for decades – turned the fruits of civilization, children themselves, into mindless, lobotomized, medicated vassals.

One of Lil Xan’s videos has 100 million views on YouTube. Imagine the state of the world.

Jordan Peterson sells out venues because people, especially young men, are spiritually starved for meaning. Role models don’t talk like Jordan Peterson anymore – and certainly not to the university-age demographic – usually because they are too busy trying to sell them something.

Call it what you will: a search for God, a secular spiritual necessity, or a nagging spouse in your mind. Whatever the turn of phrase, lives have to mean something to make getting up in the morning worthwhile.

In the dark of night, at 4 am, unable to sleep, numb due to drug or drink yet in immense pain nonetheless, barely able to scrape up enough cash to live, we stare into the void. I have been there and I suppose it was not a unique experience to the human condition.

Such is the gift of self-defeating emo music, market-driven indoctrination to mindless consumption as the point of life, over-medication, and spiritual nothingness.

Alas, killing yourself seems like not so bad of an option. Would you rather feel nothing than something? Lots of people (especially young men, and more and more every year) decide they would.