No Inflation? Even Used Car Prices Are Soaring 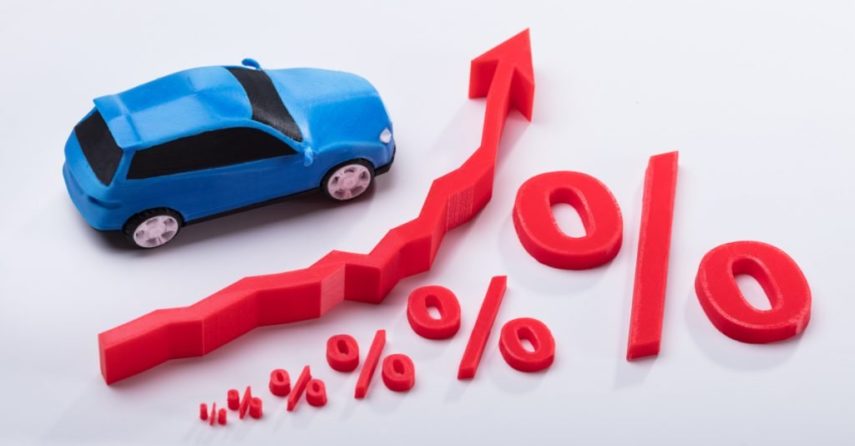 We’ve reached a point now where anyone who can’t see inflation is clearly not paying attention.

This article was written by Simon Black and originally published on Sovereign Man.com.

Inflation has now become so ridiculous that, according to the Wall Street Journal, even the price of a USED car is increasing… by a lot.

This is pretty extraordinary given that used cars are supposed to depreciate. According to one used car dealer, “What is normally a depreciable asset has been appreciating. It’s certainly surreal. . .”

It’s not just used cars, of course. Prices across the economy are rising rapidly. NielsenIQ retail price data sets show that consumer goods have been rising in excess of 10% over the last year on everything from beauty products to seafood prices (which have risen by 18.7% over the past three months).

There are lots of reasons for inflation.

For example, there’s plenty of pent-up consumer demand from people having been locked down for more than a year, at a time when many businesses are still closed or operating at below normal capacity.

This combination of high demand and tight supply is causing prices to rise. And in theory that’s a temporary phenomenon.

But there are other, more permanent factors that could continue pushing prices up for a long time.

For starters, governments around the world are proposing higher taxes– carbon taxes, Value-Added Taxes, higher corporate income taxes. This is all inflationary, because eventually these tax costs are passed on to consumers.

The more important contributor to inflation, though, is astonishing quantity of new money in the financial system, thanks in large part to massive government spending.

In the US alone, the federal government is trying to pass spending bills totaling $11+ trillion this year.
And that’s on top of the trillions of dollars in deficit spending from last year.

This is all extremely inflationary; every single one of these big spending initiatives is paid for with borrowed money, i.e. increasing the national debt.

These days, Uncle Sam’s principal lender is the central bank– the Federal Reserve– which simply conjures new money out of thin air before loaning it to the government.

The Federal Reserve has created so much money that they nearly doubled the size of their balance sheet last year… and increased money supply more than any year in US history except for 1943.

All of this excess money in the system creates inflation.

Moreover, the Fed won’t do anything about it. They’ve been dismissive of inflation and have even called for the US government to spend even MORE money!

Even if one day they do acknowledge an inflation problem, they won’t be able to do much about it.

Traditionally, central banks fight inflation by raising interest rates, which causes consumers and businesses to spend less, demand to cool off, and prices to stabilize.

But the Fed can’t raise interest rates to any meaningful level anymore.

In the 1970s when ‘official’ inflation rates surpassed 10%, the Fed ratcheted interest rates up to as high as TWENTY percent.

But if interest rates hit even 7 or 8% today, financial markets everywhere would collapse. The stock market would crash, real estate prices would plummet, and the US government would default on its debt.

The Fed knows this. Sure, they’ll make a few symbolic 0.5% rate increases to show everyone they mean business.

But for the most part, they’re likely to ignore higher inflation in order to prevent a total financial meltdown.